Home Jonny Whitfield Running with the Kolpak: Five who have broken away in style

Running with the Kolpak: Five who have broken away in style 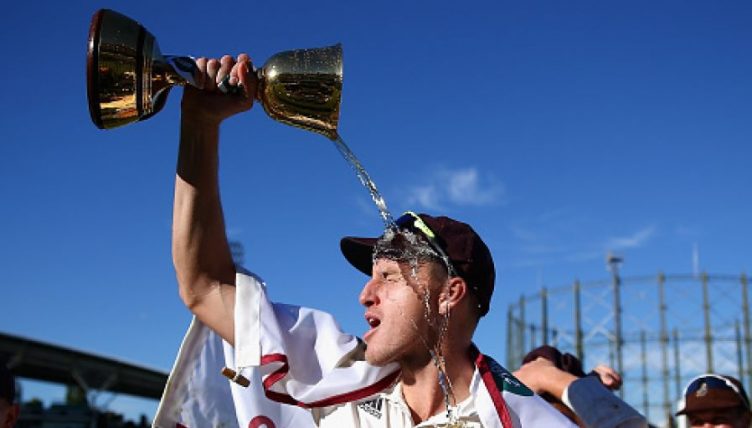 Thanks to Slovak handball goalkeeper Maros Kolpak’s successful battle against the European Court of Justice in 2003, there have been a flurry of cricketers deserting their international teams over the last 16 years to try their hand at British county cricket.

The ‘Kolpak’ ruling’s first cricketing beneficiary was Claude Henderson, who left South Africa for Leicestershire in 2004 and never looked back, staying at the club until his retirement in 2013.

The latest addition to the 61-man list is Duanne Olivier, whose similar move from South Africa to Yorkshire has attracted more criticism than his fellow countryman’s. The 26-year-old recently broke into the top 20 of the ICC Test bowling rankings following stellar performances against Pakistan, and Cricket South Africa chief executive Thabang Moroe said it was “extremely disappointing” that Olivier would “bring down the curtain” on his blossoming international career.

But it’s not all doom and gloom; there is the odd occasion where Kolpak players are more than worth the hype their contracts generate…

Rudolph’s switch to Yorkshire followed a drastic downturn in international form for South Africa. Following a 222-run stand on his debut against Bangladesh in 2003, Rudolph continued to turn heads with 154* and 93* against New Zealand, as well as 102* versus Australia. But in 2006, Rudolph lost his touch – and eventually his place – as Ashwell Prince began to dominate the middle order.

So off Rudolph went to Headingley, looking to rediscover the kind of batting form that had impressed so many. He endured a tumultuous first two months, though, battling with the ECB to get his Kolpak deal over the line. Rudolph had left the South Africa team less than 12 months before moving to England – which is technically against the rules – but the move was eventually cleared.

And in his time with Yorkshire, he went on to become an integral part of the club. He hit over 1,000 runs in each of his four seasons and ended up with 5,429 runs in 68 first-class matches and 3,090 runs in 65 one-day matches, amounting to averages of 52.20 and 59.42 respectively. Pretty incredible.

And who could forget that time he killed a pigeon while fielding? (Accidentally, of course…)

After earning only two wins in their 2008 Friends Life T20 campaign, Sussex Sharks were desperate to find a bit of attacking flair. Step up Dwayne Smith, who will be remembered for smashing the Sharks to victory against Somerset in the tournament’s final the following year.

The Barbados-born batsman hit 338 runs in 13 appearances that year at an average of 33.80, but saved his best performance until last. Sussex openers Murray Goodwin and Luke Wright only managed 27 between them in the final, while Rory Hamilton-Brown – next in – reached 25. But Smith, fourth in the order, came to the crease and smashed 59 runs off 26 balls, helping his side reach 172-7, easily the highest score on finals day and enough to clinch the title as Somerset fell 63 runs short of their target.

Morkel arrived in domestic cricket with a significant reputation having taken 309 Test wickets, the fifth-most of any of any South African bowler. Switching to domestic action was no problem for the right-arm quick, who took 59 wickets at an average cost of less than 14 runs in eight matches in 2018.

He also finished off a fantastic debut season with a stellar performance against Worcestershire, helping Surrey clinch their first County Championship title since 2002. Morkel won every game he played for the county in up until the final last term, but it didn’t matter that Surrey drew away to Worcestershire, because that was enough to clinch them the crown.

On the third day of the match, the hosts’ lead rose to 222 for the loss of two wickets, before Morkel stepped up and skittled through five opposing batsmen to keep their advantage to 272 all out. It was only fitting, too, that Morkel won Surrey the title with the bat. One four from him and Rikki Clarke reduced the number of runs needed from 12 to four. Another single each put Morkel back on strike, and it was the veteran bowler who knocked the remaining runs and put his name in the Surrey history books.

Chanderpaul had played eight first-class matches for Lancashire in 2010, but after re-joining the international scene and becoming the seventh-highest Test run scorer in cricketing history, he called time on his international career with the West Indies in 2016 and returned to the North West the following year.

The 44-year-old continued to produce outstanding batting contributions, hitting 819 runs at an average of over 50 for Lancashire in 2017 and propelling them to a second-place finish in Division One of the County Championship, the club’s highest finish since they clinched the title in 2011.

Chanderpaul may have been 42 when he returned to Lancashire, but his age was no barrier in him producing some unbelievable stands at the crease.

Abbott is another South African to have departed the international team, and he did so for a second spell at Hampshire in March 2017. He hit the ground running in this most recent spell, taking seven wickets for 41 runs against Yorkshire in the opening round. There was also some decent batting for Abbott in the opening matches, with the 31-year-old scoring 56 off 100 balls against Middlesex and 49 from 54 versus Somerset.

From there, an ankle injury halted Abbott’s progress, but following the July break, he took three five-wicket hauls in four matches – amassing 32 wickets in that time – as he finished the season on a high.

Duanne Olivier’s move to Yorkshire isn’t the first Kolpak contract to have harboured some form of criticism, and nor will it be the last. But there’s certainly an opportunity for him to make his time in England worthwhile.