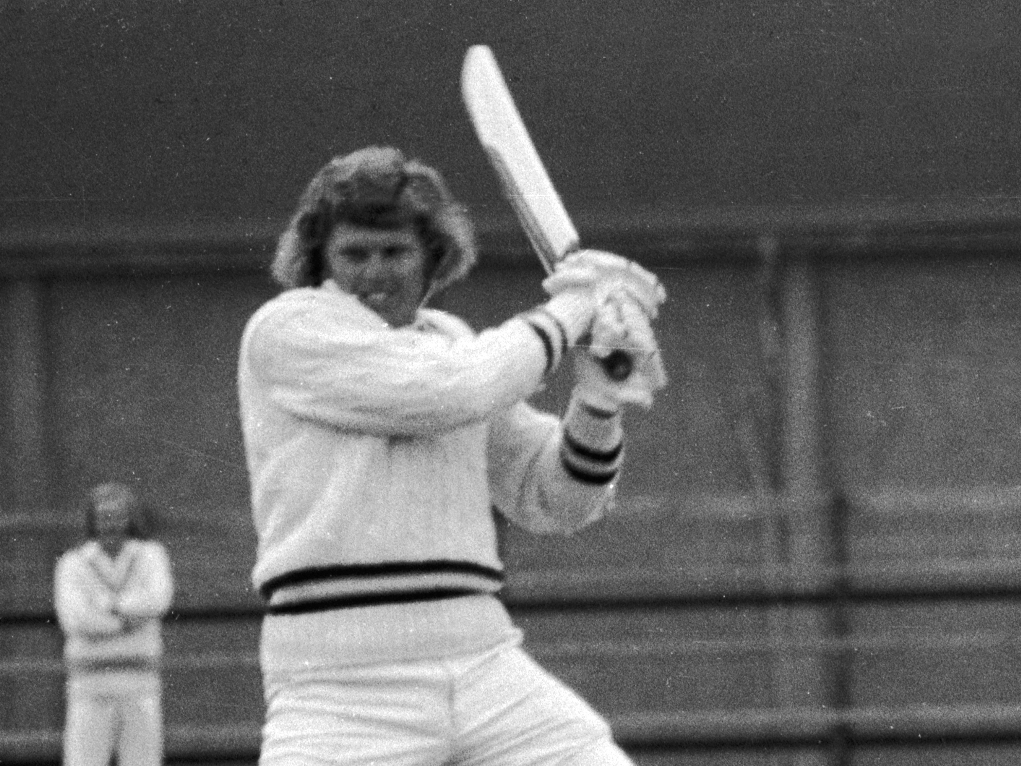 Former South Africa batsman and Hampshire legend Barry Richards is the subject of a new biography, 'Sundial in the Shade. The story of Barry Richards: The genius lost to Test cricket' by Andrew Murtagh.

The author, uncle to Ireland and Middlesex bowler Tim Murtagh, conducted interview after interview with Richards over Skype, from the UK to Knysna, where Richards lives, and it's a treasure trove of interesting snippets.

Here are some stand out quotes from Richards, who played four Tests for South Africa before Apartheid-driven isolation was established in 1971.

On his first trip overseas, as teen captain of the SA Schools side in 1963: "There were black people sharing buses, trains, public toilets, even mixing in the stands in the cricket grounds. We'd never seen anything like it."

On London, that same tour, aged 18: "We went on the Underground. The hustle and bustle of the city with its diversity of people left us open-mouthed. And films with bare boobs! To say nothing of the magazines on sale. Leicester Square was amazing."

On the 1971 England tour being cancelled: "At the time I thought it was no more than a temporary setback. I was 22. Time was on my side. The political ramifications were lost on me. All I wanted to do was play cricket and I couldn't understand why sport and politics should be mixed."

On changing allegiances: "I never considered playing for another country. It was either South Africa or no-one for me."

On the 1971 pre-Currie Cup walk-off (Transvaal v Rest of the Country) in protest against Apartheid: "I suppose it changed nothing. But it gave everyone something to chew over. The politicians hammered us."

On his one and only Test wicket: "Johnny Gleeson, poor fellow. He was deceived by my mystery ball and was yorked!"

On Australians: "Whatever you say about Aussies, if you gain their respect then they're generous with their praise. (Bill) Lawry for example. He was a dour sod on the field but off it he was fair and complimentary."

On playing spin by stepping down the wicket: "If the ball doesn't bounce, it doesn't spin. Does it?"

On his final Test innings (not that he knew it yet, making it more poignant), out for 126 in Port Elizabeth: "I was walking on air, with all the exuberance of youth".

On his partnership with West Indies opener Gordon Greenidge at Hampshire: "I think he respected me as a player, even if he had secret misgivings about me being South African. I don't know how much he was influenced later on by guys in the West Indies dressing room, but as pros we made it work."

On the Other Richards, Sir Viv: "Viv was more political than me. He was vehemently anti-South African. He had his principles and I had no problem with that. There was never the slightest hint of animosity between us."

On losing his drive with Hants as the years went on: "I don't really believe I was cut out to play cricket seven days a week. I just couldn't gee myself up when we seemed to go to the crease almost every day. You'd make a low score and sit down in the dressing room unbuckling your pads, and think, 'Well, never mind, there's always a chance tomorrow."

On the Kerry Packer World Series of Cricket in 1978/9: "Now those games were taken seriously. The pressure was immense. If you didn't perform you were out, man, no messing about. Packer wanted red-blooded entertainment and competition, and what Packer wanted, Packer usually got."

On coaching a young lad who turned out to be Steve Waugh: "He kept slogging the ball out of the net. I told him if he did it again, that would be the end of his batting session. Of course, the next ball sailed out of the nets. I hauled him out and he was furious."

On his love for Adelaide, where he played a Sheffield Shield season for South Australia: "Every time I return there, it feels like a homecoming. My times there gave me so much. Perhaps it was the making of me as a cricketer and as a person."

On the current Proteas Test cap numbers, having started from 1 (Kepler Wessels) in 1991: "We've been airbrushed from history."

On looking back on his career, in perspective after his son Mark died in 2009: "Bitter is the wrong word. Disappointed, sad, upset at times, but not bitter. Life's too short for that. In any case, Mark's death put that in perspective."