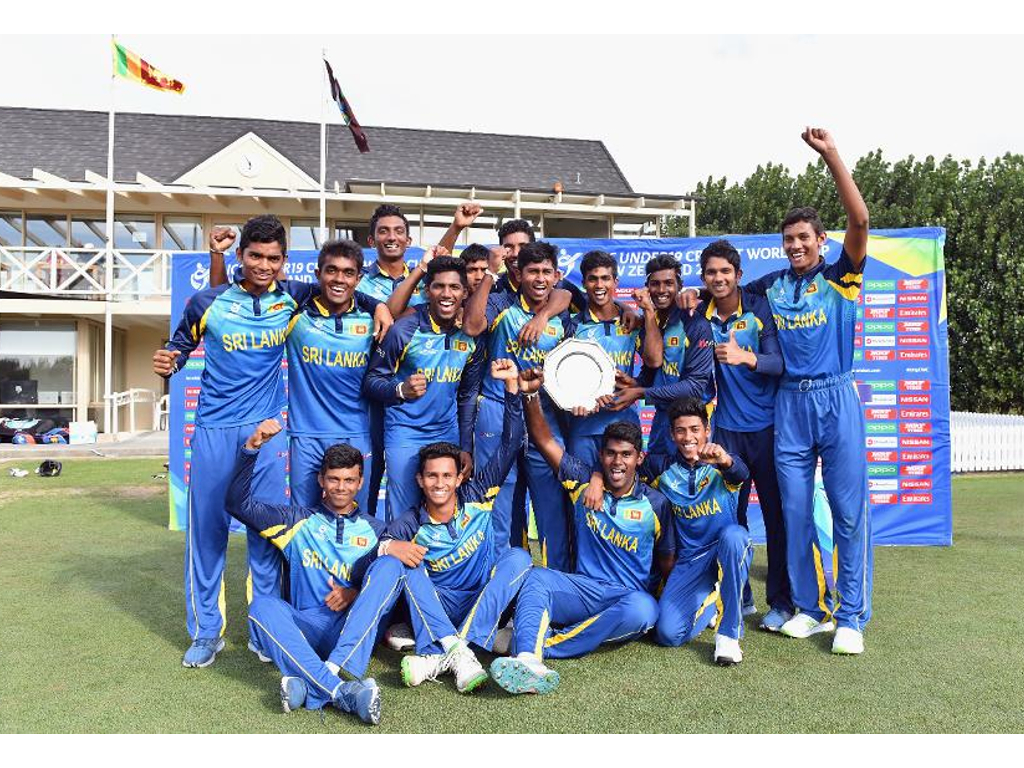 Openers Hasitha Boyagoda and Dhananjaya Lakshan featured in a double-century stand that helped Sri Lanka defeat the West Indies by three wickets in the Plate championship final of the ICC U19 Cricket World Cup in Christchurch.

In the Super League, Bangladesh defeated England by five wickets in the play-off semifinal for fifth place to set up a match with South Africa on Wednesday, 31 January in Queenstown. The winner of Wednesday’s match will finish fifth in the tournament. England will next play New Zealand to decide the seventh place a day earlier on 30 January in Queenstown. 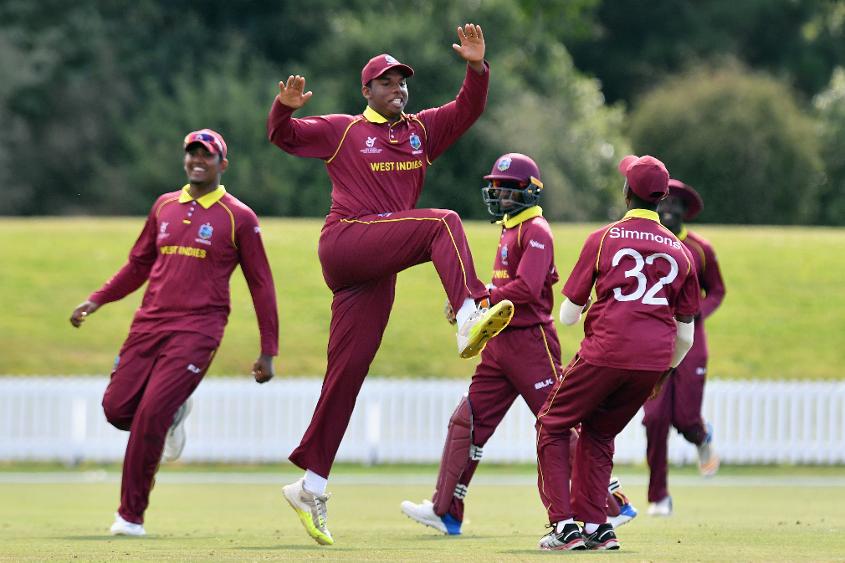 The West Indies scored a competitive 254 for five after being put in to bat. Alick Athanaze continued his fine form with an unbeaten run-a-ball 110 (5×4, 2×6) which enabled him to finish the tournament with 418 runs, the second most by any Windies player at a single U19 Cricket World Cup after Donovan Pagon (421 in 2002). Brad Barnes (37 not out) and Bharat Yadram (31) were the other main contributors to the total for the 2016 Super League champion side.

Sri Lanka seemed to be coasting home after a fine opening stand between Boyagoda and Lakshan that had taken the team to within 37 runs of victory with 12 overs to go. But some quick wickets including a couple of run-out dismissals, saw the team lose seven wickets for only 31 runs before scraping through to 255 for seven in 49.4 overs. 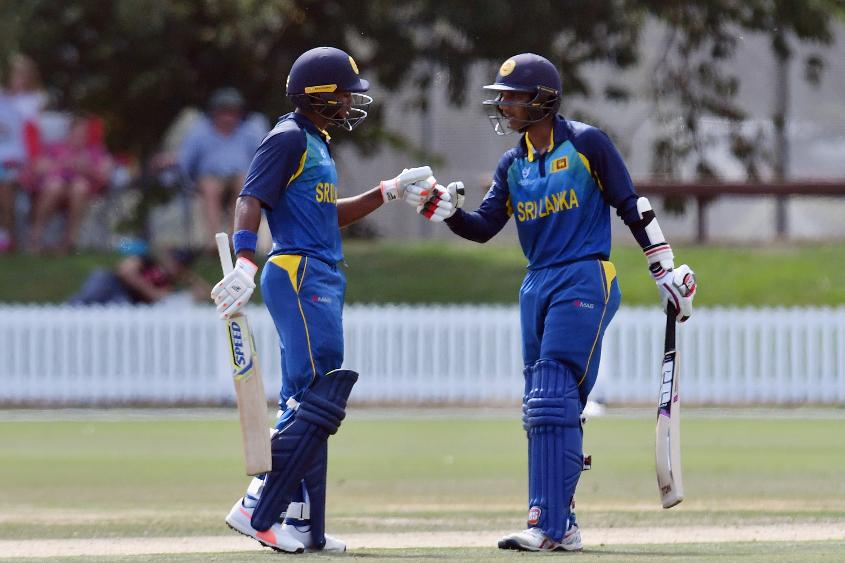 Sri Lanka captain Kamindu Mendis said they were happy with the Plate championship win after failing to make the Super League: “We kept them under 260 and after that we put on a big partnership so that we could win easily. Unfortunately, our middle-order batsmen fell very quickly because I think we relaxed a bit. It became a very tight situation but we managed it well in the end.”

Windies captain Emmanuel Stewart said he was happy that the team fought back and also praised Athanaze: “We wanted to put up a good fight and give our best. It was our last time as a group as most of us will be going to the next level now so we wanted to enjoy the moment. Alick is a brilliant player, he is one for the future. 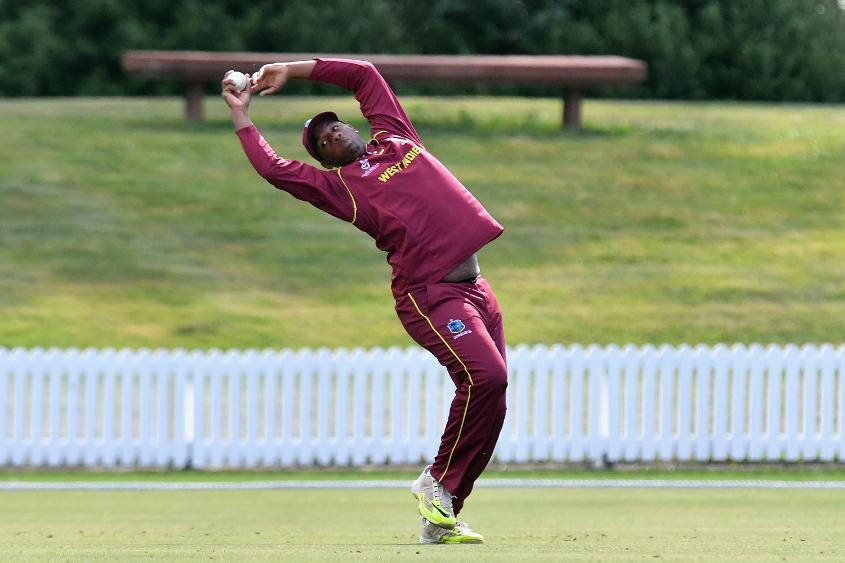 Bangladesh were impressive in their five-wicket win over England with Afif Hossain’s all-round effort of three for 18 and 71 not out proving the difference between the two sides.

With fast bowlers Hasan Mahmud (three for 29) and Qazi Onik (two for 46) also doing their bit, England were bowled out for 216 in 47.2 overs. Opener Liam Banks (74) and captain Harry Brook (66) were the main scorers for England, who had beaten Bangladesh by seven wickets in the preliminary league. 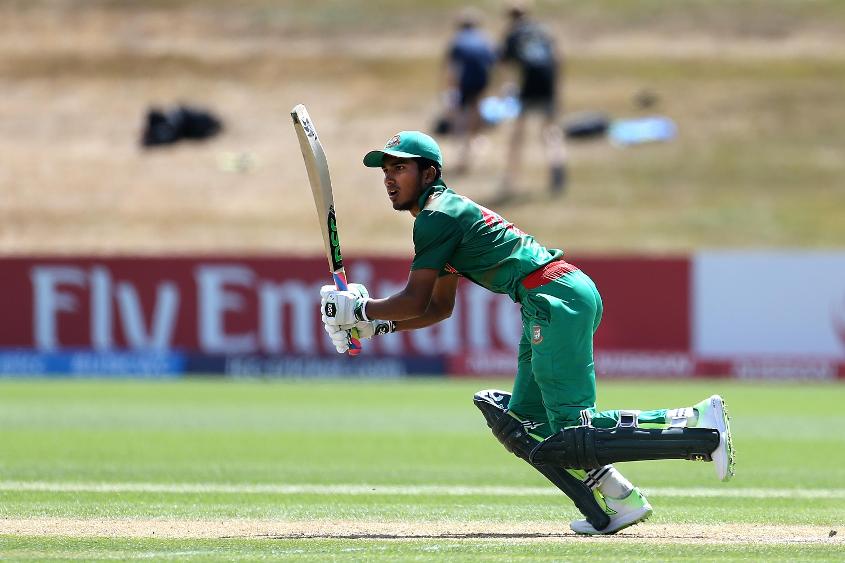 Bangladesh captain Saif Hassan said he was looking forward to the play-off for fifth place: “After bowling them out for 216, I told our players to be positive. We had a few good partnerships and I was happy to contribute. We came here for the best result (winning the tournament), unfortunately, we could not do that. Now we will try to finish in fifth position.”

England captain Harry Brook felt his team could have bowled better: “It was a slow pitch and it was hard to get off the mark. We had confidence in our bowlers. We were always backing our ability to bowl them out. But we did not bowl very well today and the pitch seemed to play better later in the day.”

Afghanistan will try to further their success story in this tournament when they take on three-time champions Australia in the first semi-final of the Super League at the Hagley Oval on Monday.

Asian champions Afghanistan, whose Mujeeb Zadran-led spin attack has been the focus during the tournament, topped their group ahead of Pakistan and then defeated hosts New Zealand by a massive 202 runs in the quarterfinal to set up this clash with Australia, who they think are no longer odds-on favourites.

Afghanistan coach Andy Moles: “Australia are the favourites but probably not quite as big favourites as they were a few days ago. We have a very good team and we have come here to win, but we are not arrogant to say we will win. We will win if we do very, very well in the key moments. At under-19 level the biggest challenge is to get consistency. If we have a good day, we intend to upset their applecart.”

Australia themselves had a dramatic entry into the semi-finals and have also had a spin bowler in the spotlight. The 1998, 2002 and 2010 champions qualified for the Super League as the second team behind India and then defended a low total of 127 as they bowled out England for 96 with leg-spinner Lloyd Pope returning a tournament record haul of eight for 35.

Australia captain Jason Sangha: “We have been focusing on ourselves, we don’t know too much about the Afghanistan boys, but we’ve been looking at their footage, they have a couple of good spinners. We have 15 guys who are all good batsmen and I think we have been playing spin bowlers well. We will focus on what we can do with the bat and everything should be fine.”

The winners of this match will await the victors of the second semi-final between India and Pakistan to be played at the same venue on Tuesday, 30 January. The final will be played at the Bay Oval in Tauranga on 3 February.

Meanwhile, the match officials for the Super League semi-finals have been announced.