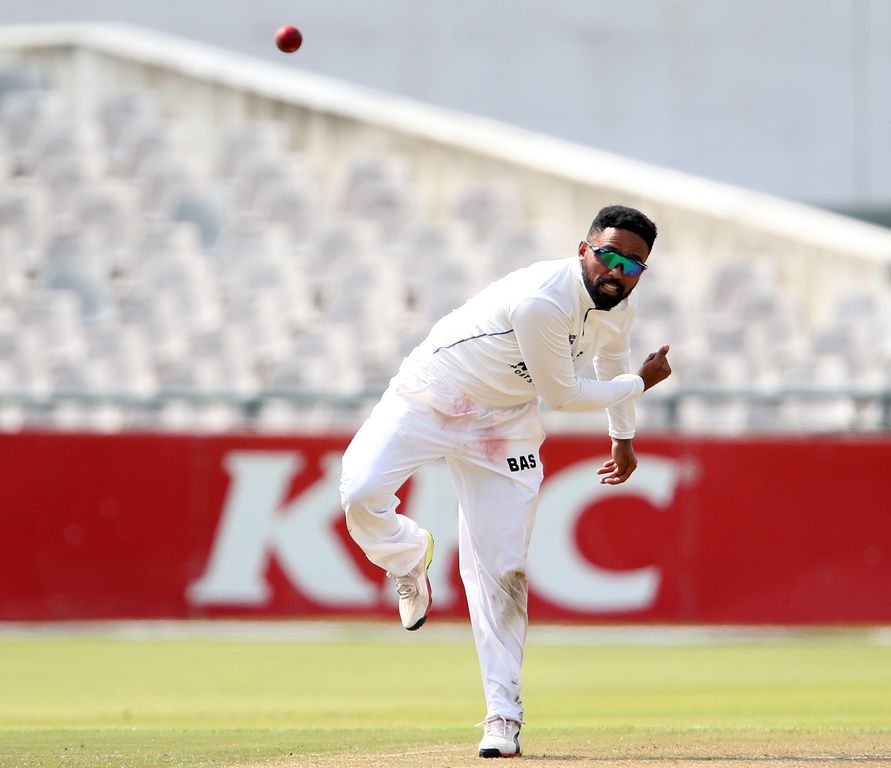 Dane Piedt was the star of a spectacular collapse by the Highveld Lions that saw them suffer a heavy 4-Day Franchise Series defeat to the Cape Cobras on the third day of their match in Johannesburg on Wednesday.

The Proteas spinner claimed seven for 118 as the home side lost six wickets for just 13 runs to lose by an innings and 71 runs at the Bidvest Wanderers Stadium.

It was Piedt’s 17th career five-wicket haul and set the visitors on their way to a second win out of two in the four-day competition this season.

The victory had looked unlikely for most of the day, though, thanks to Stephen Cook recording a 45th ton in first-class cricket.

The veteran opener, whose side started proceedings on 11 for none and were aiming to make up a massive innings deficit of 425, did well for most of the day.

With Cook dropping anchor through his innings of 103 (198 balls, 11 fours), they reached 129 for one and then 214 for three after an assured 45 by Dominic Hendricks at the other end.

After both fell to the bowling of Piedt, a 127-run fifth wicket stand between Wihan Lubbe and Nicky van den Bergh followed.

However, both fell in the same over to Piedt as the tail then crumbled. The Lions dropped from 341 for four in the 96th over to 354 all out in the 102nd over to hand the Cobras a big win.

In the other game, Duanne Olivier and Ottniel Baartman shared seven wickets as the Knights stunned the Dolphins by five wickets on day three of their 4-Day Franchise Series clash in Kimberley on Wednesday.

The pair helped the hosts shoot out the visitors for a woeful 135, before Luthando Mnyanda showed nerves of steel with an invaluable 62 (119 balls, 10 fours) in a nervous chase of 138.

It completed a superb win for the Central Franchise at the Diamond Oval and came less than a week after a poor batting display of their own led to defeat in the opening match of their season against the Cape Cobras in Cape Town.

Olivier and Baartman initiated the momentum in the game by grabbing four for 35 and three for 30 respectively as the Dolphins fell from their overnight 48 for two to 135 all out.

The KwaZulu-Natal side barely got going on the third morning before losing innings top-scorer Sarel Erwee for 33 to Baartman.

The right-arm seamer then got rid of Senuran Muthusamy (15) and Dane Vilas (6) either side of Ryan McLaren capturing the wicket of nightwatchman Kerwin Mungroo for 13. It meant the Dolphins suddenly found themselves on 85 for six.

Things hardly improved when Olivier returned to the attack and mopped up the tail to end with match figures of eight for 85 – the away side all out in 42.2 overs.

Mnyanda and Grant Mokoena (19) gave the Knights a steady start with a 41-run opening stand, before a triple-strike by Muthusamy (3/30) reduced the Dolphins to 60 for four.

Then came the crucial partnership that sealed the game. It was headed by Mnyanda, with McLaren contributing an unbeaten 40 as the pair added 75 for the fifth wicket to clinch the win.