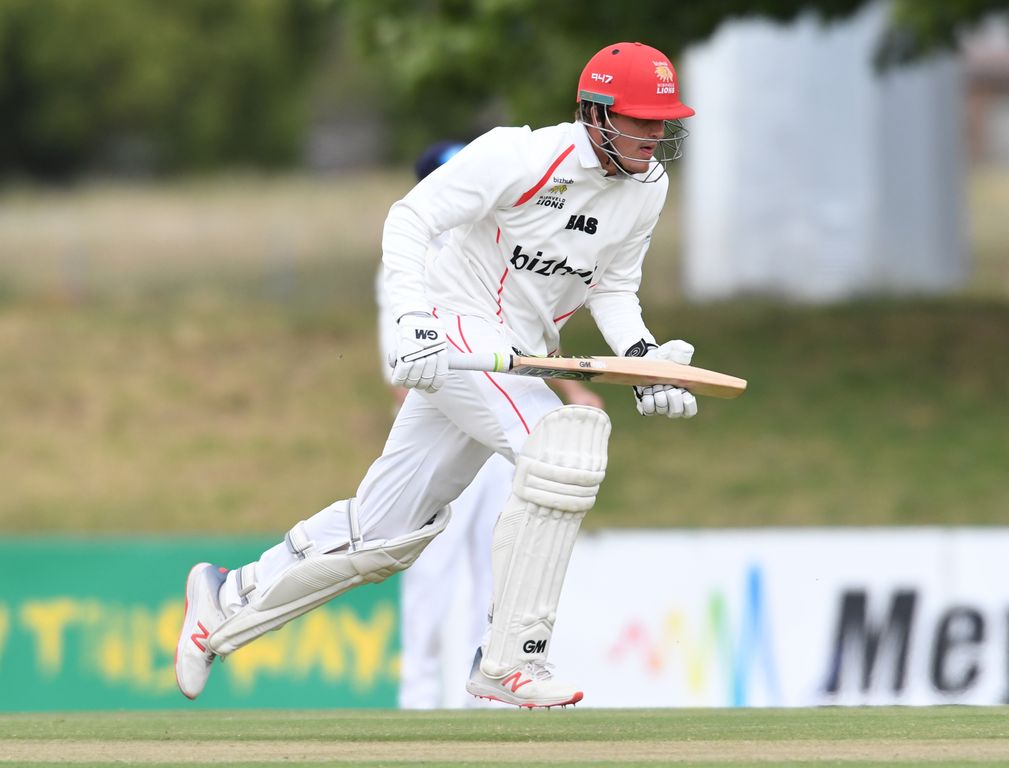 Craig Alexander claimed three of the five remaining wickets to wrap up a superb 186-run win for the Highveld Lions over domestic 4-Day Series leaders the Cape Cobras on the final day of their clash in Paarl on Thursday.

The fast bowler ended with three for 52 as the hosts fell from their overnight 186 for five to 246 all out on the last morning.

There were also three-fors from Bjorn Fortuin (3/37) and Aaron Phangiso (3/77) in a polished overall performance from the Lions that inflicted a first loss of the campaign on the Cobras.

Defeat overshadowed another good display by Pieter Malan, who recorded his third century of the season by making 101 (235 balls, 13 fours), while Jason Smith struck 74 (132 balls, 8 fours).

Their performances apart, it was a largely disappointing effort from the home side with the bat – their 138 all out in the first innings contributing hugely to the loss at Eurolux Boland Park.

They had started day four with some hope on 186 for five, chasing 433, and two set batsmen at the crease. Malan quickly went to his 30th first-class century but was the first wicket to fall not long after, trapped leg before wicket by Alexander.

The same bowler took out Smith, moments after Phangiso got Dane Piedt (1) as all hope for the Cobras disappeared.

They were eventually bowled out in 81.2 overs, but still go into the competition break top of the table.

A Vaughn van Jaarsveld century on the final day of their domestic 4-Day Series encounter against the Titans helped the Dolphins salvage a desperate draw at Kingsmead in Durban on Thursday.

It was Van Jaarsveld’s 20th career century and second of the campaign – one that will be highly valued by his team as it bought up time and added frustration to the visiting team, who may have felt they were two wickets and a few overs away from a possible win.

The reigning champions had started the morning batting under blue skies on the east coast, knowing that a result was still a possibility despite over a day lost due to bad light and rain.

They were on 325 for eight, a lead of 139, which was extended to 195 thanks to an aggressive career-best 84 not out from Eldred Hawken. The fast bowler plundered three sixes and 10 fours from his 59-ball knock and was left stranded after running out of partners.

His effort, which included a 103-run ninth wicket stand with Tshepo Moreki (34), really put the Titans in the box seat.

But led by Van Jaarsveld, the opposition batting line-up critically stood firm early on, with 69 coming for the first wicket and 78 for the third.

The door did open, though, when the Dolphins slipped from 155for two to 156 for four and then slightly later 238 for seven.

However, Grant Roelofsen managed a plucky 46 not out from 94 balls and Sibonelo Makhanya added 32, making victory virtually impossible.

The captains eventually shook hands after the lead was taken past the 100 runs mark with a little over 10 overs remaining. Both sides remain winless in the competition.

A 12th career century by Keegan Petersen followed by a dreadful collapse from the Warriors helped the Knights complete their biggest-ever domestic 4-Day Series victory in Kimberley on Wednesday.

The hosts won by 284 runs – their biggest margin in terms of runs in the history of franchise cricket, surpassing a 211-run triumph over the same opponents back in 2011/12.

It was all set up by Petersen, who struck a free-flowing unbeaten 103 (133 balls, 10 fours, 1 six), and the bowlers, in particular Ryan McLaren and Duanne Olivier.

The pair shared seven wickets between them with the former claiming four for 42 and the latter landing three for 23.

But the Warriors will be feeling they only have themselves to blame after they lost their final five wickets for 12 runs and the last nine wickets for 60 runs.

But the day undoubtedly belonged to the Knights. They were batting at the start of it on 206 for four and were still together when the declaration arrived on 330 for four – a victory target of 490.

Petersen was at the heart of their display, while Andries Gous supported him brilliantly with his 67 not out (95 balls, 9 fours, 1 six).

The two ensured no wickets fell for their side on day three as they put on 162 together for the fifth wicket as the innings was ended on 70.2 overs.

But it all went pear-shaped from there as McLaren and Olivier ripped through the batting to help seal a memorable win.