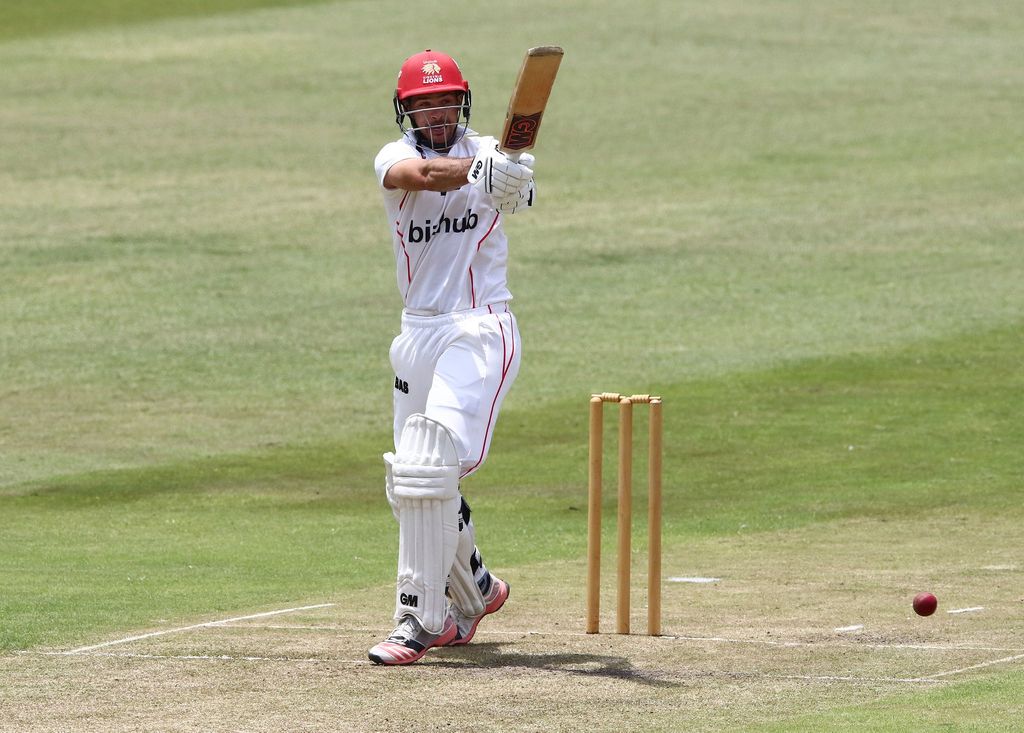 A final day century by Sibonelo Makhanya was not enough to save the Dolphins as they slipped to a heavy nine-wicket loss to the Highveld Lions in a 4-day series clash at Kingsmead in Durban on Monday.

The right-hander made 128 (230 balls, 17 fours) as the hosts were dismissed for 319 in their follow-on innings, leaving the visitors a victory target of just 46.

And the Johannesburg-based side knocked off those runs in 14.1 overs thanks to an unbeaten 22 from Reeza Hendricks to reignite the title race by putting pressure on the log-leading Cape Cobras.

For the hosts, it was a fourth loss in seven games this season and came hot on the heels of beating the same opponents in the previous game.

Their achilles’ heel was undoubtedly the woeful first-innings performance with the bat that saw them shot out for just 149 in response to 423 by the Lions.

They resumed the final day already under pressure – on 209 for six and still trailing the away side by 65.

Makhanya and Cody Chetty, who made 53 (81 balls, 8 fours), initially batted well as they extended their seventh wicket partnership to 94, before the stand was snapped by pick of the bowlers Beuran Hendricks (3/79).

The pair erased the deficit when they were together and Ethan Bosch (28) gave the Dolphins hope of at least putting up some sort of a target after a stand of 35 with Makhanya.

But that was broken when Malusi Siboto (2/50) finally ended the resistance of the latter and then the former, with Wiaan Mulder (2/38) wrapping up the tail.

Man-of-the-Match Stephen Cook (15) was the only wicket to fall in the chase, but it mattered little as the Lions cruised to a crucial win.

Petersen gets two career best tons in one match

A second successive career-best score in the same match by Keegan Petersen completed an excellent draw for the Knights against the log-leading on the final day of their 4-Day series encounter in Bloemfontein on Monday.

The right-hander, who hit 161 in the first innings, went four runs better second time round by amassing an unbeaten 165 (261 balls, 18 fours, 2 sixes) as the hosts lost just one day-four wicket at the Mangaung Oval.

There was also a century for captain Pite van Biljon, the 17th of his career, after he struck 105 off 138 balls (11 fours, 3 sixes) and shared in an unbroken third-wicket stand that was worth a fixture record 213.

The Knights eventually ended on 360 for two when the skipper shook hands with opposite number Dane Piedt, whose side remained comfortably ahead of the pack at the top of the standings.

The Central franchise started the final day on 135 for one and there was hope for the visitors early on when Raynard van Tonder was bowled by Simon Khomari for 57 (126 balls, 9 fours) with only 12 added to the overnight total.

But that was as good as it got for the Cape side as Petersen, who completed his 13th and 14th first-class tons in the game, and Van Biljon dug in.

The pair surpassed the previous best third-wicket partnerships in the fixture held by Van Biljon himself and Theunis de Bruyn of 109 (2016/17) and the 200 between Justin Ontong and Stiaan van Zyl (2012/13).

The end result left the Cobras just under 20 points ahead of the bizhub Highveld Lions at the summit, with the Knights in fourth place.

A splendid five-wicket haul by Basheer Walters helped the Warriors stun defending champions the Titans by 216 runs on the final day of their 4-Day series encounter in East London on Monday.

The fast bowler claimed an impressive five for 35 in nine overs – his eighth career five-for – as the visitors were ruthlessly dispatched for 136, sealing a second biggest win for the hosts in terms of runs over their opponents.

They had been chasing an unlikely target of 353 in 45 overs after the Warriors had declared their second innings earlier on 310 for five.

The Eastern Cape franchise had started day four with captain Jon-Jon Smuts unbeaten on 49 and seeking quick runs to add to their 254 for five.

The skipper got his way by striking 75 (128 balls, 12 fours), with good support coming from young partner Sinethemba Qeshile (27).

Both ended unbeaten and shared a stand that was worth 66 that concluded with the declaration.

The Titans were then set immediately on the back foot as Andrea Agathangelou and Jonathan Vandiar were both removed with only five runs on the board.

Both made ducks and were in fact amongst five Titans players that failed to trouble the scorers as Walters made merry.

Only lower order pair Shaun von Berg (37) and Corbin Bosch, who completed a second half-century of the game on his way to 59, made any meaningful contributions as their side succumbed in 45 overs.

Apart from Walters, Simon Harmer collected three for 59 in 18 overs to send the Titans tumbling to a second loss of the campaign, one that left them second bottom on the table.

Victory for the home side propelled them to third on the log.