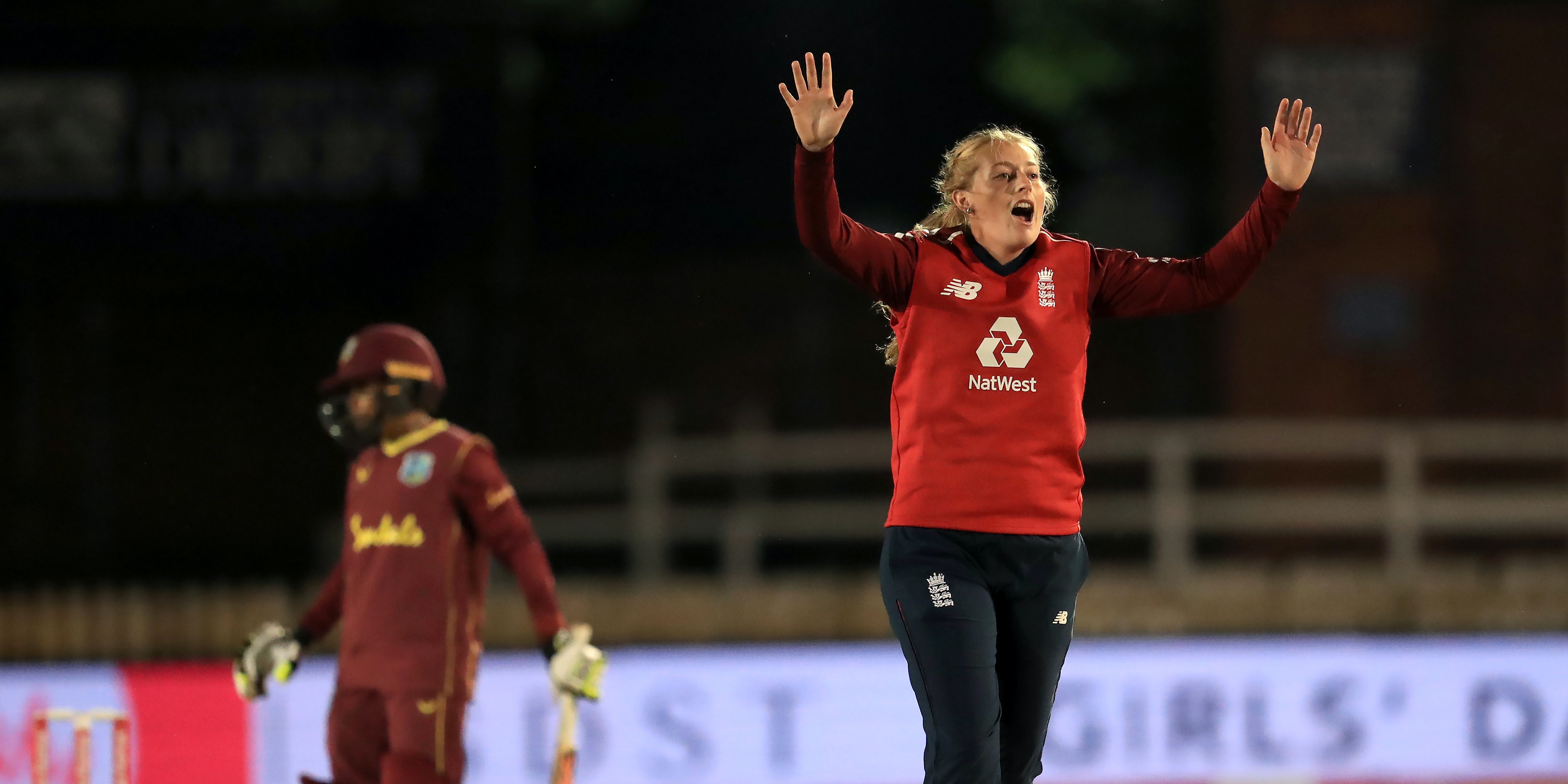 England Women are celebrating a 5-0 clean sweep of the West Indies, a series that represented their first international cricket since the T20 World Cup in February.

Here, the PA news agency looks at what lessons were learned during the matches.

England should spin it to win it

No matter the team, no matter the format, international captains all over the world would love to have a spin unit like the one Heather Knight has at her disposal. In Sophie Ecclestone, Sarah Glenn and Mady Villiers they have the slow left-arm, off-spin and leg-break boxes ticked – a perfectly balanced trio on turning pitches and one that has more years in front of it than behind.

Tammy Beaumont revealed that head coach Lisa Keightley had asked for England to improve their output in the six-over powerplays, encouraging risk-taking and aggression at the top of the order. It worked in the first two matches, kickstarting the innings with a flurry of boundaries but as the West Indies tightened up, England found themselves hindered by early losses and losing the head to head. Work still to do.

Katherine taking the Brunt of the pace burden

At the age of 35, Katherine Brunt is still leading the attack with class. She is bowling at a good speed, has some useful slower variations and is a genuine wicket threat first up. Her economy rate of 4.7 over five matches, including two lesser spotted maidens, means she remains an irreplaceable cog in this team.

Don’t get too carried away by the clean sweep

A 5-0 series win is not to be sniffed at and represents just reward for the hard work the squad have put in this summer which, at one stage, looked like it would go in vain. But it must also be remembered that their tourists signed up at short notice, with minimal training time and were pitched straight from the Caribbean into unwelcoming conditions in Derby. Stiffer tests await.

The ECB’s commitment is genuine

The England and Wales Cricket Board have said many fine words about their investment in the women’s game but the recent pandemic has proved them ready and willing to match them with actions. Endless work was put in to arrange replacement opponents when India and South Africa pulled out, charter flights were laid on and a logistically demanding bio-secure bubble was set up to facilitate the contest safely. In years gone by, would the same effort have been expended?