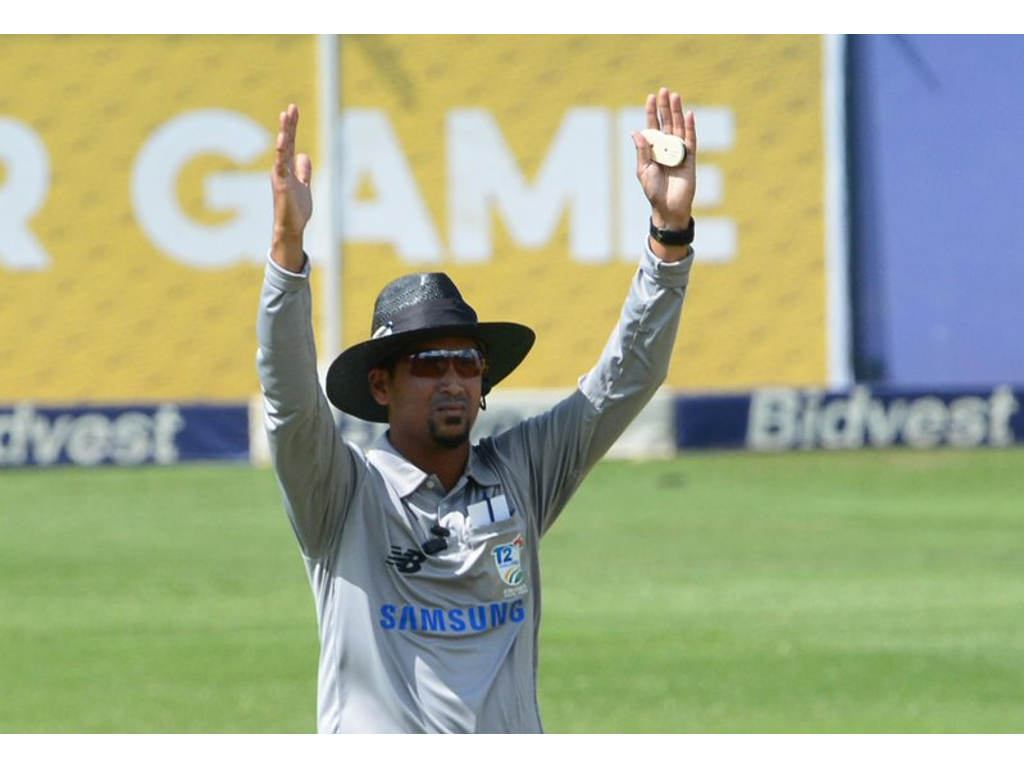 South African umpire Allahudien Paleker has been promoted to the ICC International Panel of Umpires with immediate effect.

He is the fifth South African umpire currently serving on one of the ICC panels with Marais Erasmus, who was voted ICC Umpire of the Year last year, serving on the ICC Elite Panel, and Shaun George, Adrian Holdstock and Bongani Jele already serving on the ICC International Panel.

At the age of 39 he follows the 31-year-old Jele in an encouraging trend of young umpires coming through the system.

“Congratulations to Allahudien on his well-deserved promotion,” commented CSA Acting Chief Executive Thabang Moroe. “This is further confirmation of the high regard there is for our match officials.

“Umpires are central to the game of cricket and we are fortunate to have an extremely competent group of match officials. We will continue to create opportunities for them to develop through our exchange programmes with Australia, India and New Zealand. This programme enabled Allahudien to stand in first-class matches in all three those countries and contributed significantly to his development as a match official.”

Paleker and Holdstock will be standing together in tonight’s RAM SLAM T20 Challenge match at the Bidvest Wanderers Stadium between the bizhub Highveld Lions and the WSB Cape Cobras.