‘A bit of a blur’ for ton up Voges 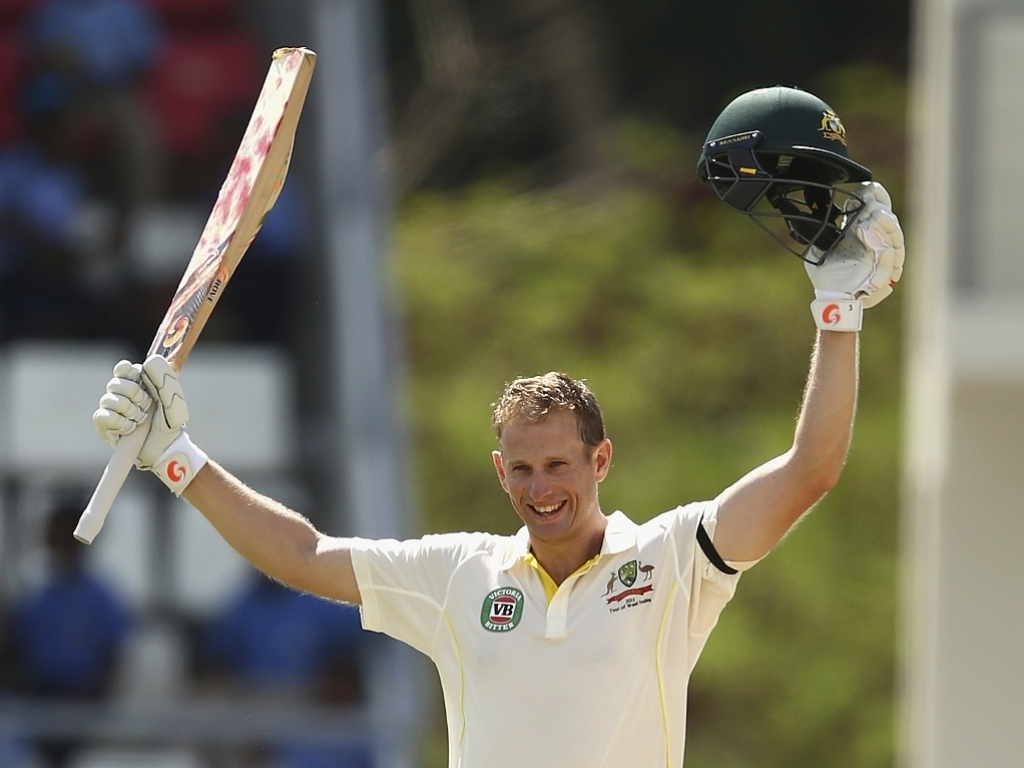 Australia batsman Adam Voges described the moment he scored his maiden Test century as a 'bit of a blur' and admitted to having massive relief when he finally got to the milestone.

After playing in 160 first-class matches the 35 year-old Voges finally got an opportunity to make his Test debut in the first match against the West Indies in Dominica on Wednesday.

He took a great catch as the Aussies dismissed the home team for 148 in the first innings of the game. He then came in to bat with the score on 61 for three and saw wickets tumbling at the other end.

The tail stuck around with Voges though, as first he put on 52 with Mitchell Johnson for the seventh wicket, then 43 with Nathan Lyon for the ninth wicket and more tellingly a 97-run stand, that saw him go to his century, for the last wicket with Josh Hazlewood.

When asked to describe the moment a reached his ton, Voges told cricket.com.au: "It's a bit of a blur really, to be honest. Obviously I'd had an excellent partnership with Josh Hazlewood.

"We hadn't been taken the runs from the first couple of balls from the over and I came down and said 'I might take the first one this time mate' and he said 'yeah, that's OK’.

"Massive excitement. Massive relief. I just yelled I think. I just had my hands up in the air yelling. Just pure elation."

The Western Australia player said the time and effort he put in over the years has finally paid off.

He said: "It's been a long road, it's been a lot of hard work. Just to get the opportunity firstly and then to make the most of it and get a hundred on debut, is something I've been thinking about for a long time."

Australia were eventually all out for 318, Voges was unbeaten on 130, and then struck late the Windies on on 25 for two. They hold a lead of 145 runs.