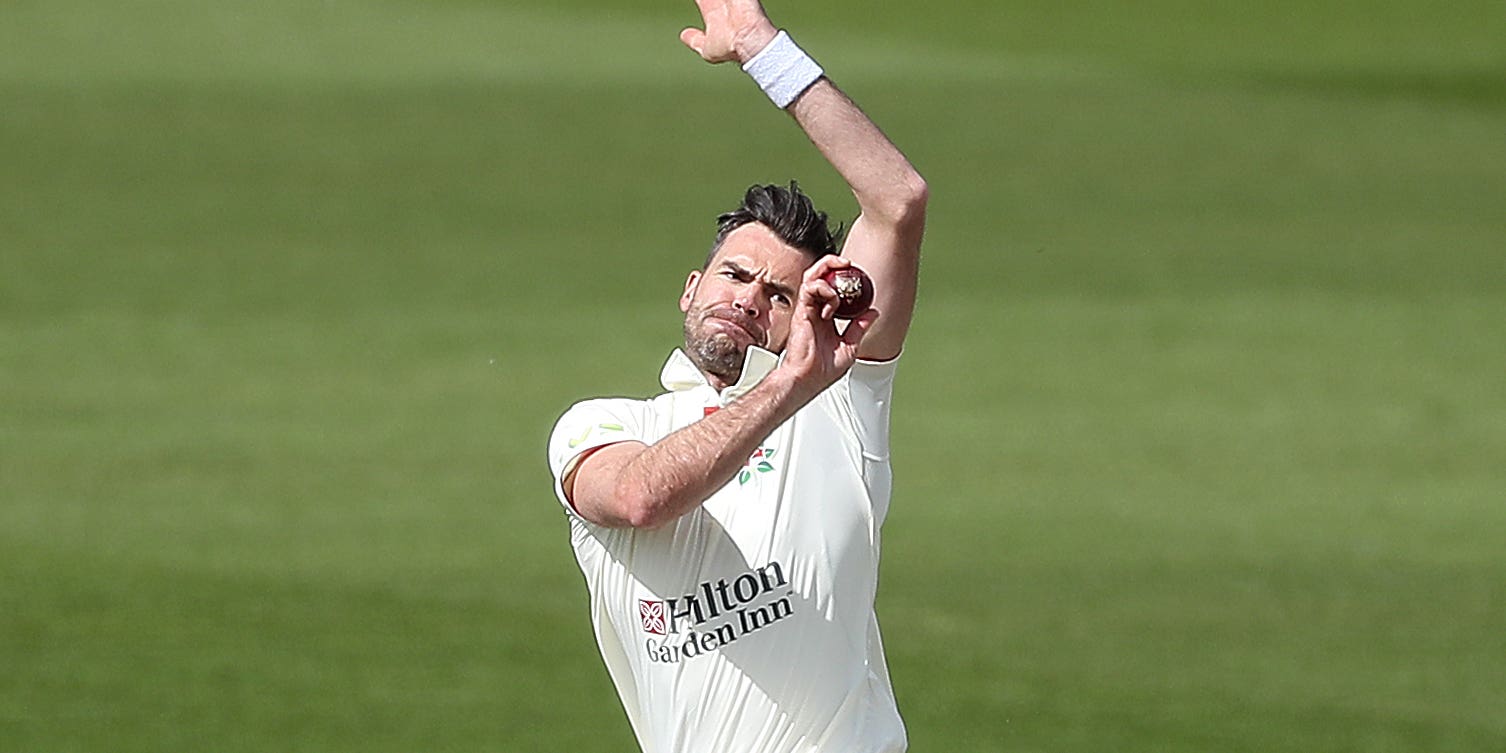 James Anderson described reaching the milestone of 1,000 first-class wickets as “very, very special” as he also recorded career-best bowling figures of seven for 19 for Lancashire against Kent at Emirates Old Trafford.

The 38-year-old seamer, already the most prolific wicket-taker in English Test history with 617 scalps, now has another achievement to add to his CV.

Anderson brought up his landmark wicket in trademark fashion, removing Heino Kuhn with an outswinger that the Kent batsman could do no more than edge behind to wicketkeeper Dane Vilas.

The dismissal, which came with Anderson bowling at the end of the ground named after him, also completed his five-wicket haul in the innings.

But Anderson did not stop there and continued to rip through the Kent line-up in his 10 overs as Lancashire bowled out their opponents for just 74 in 26.2 overs in the LV= Insurance County Championship game.

“It feels great – I have been getting ribbed from the lads upstairs because I genuinely didn’t know how many wickets I’d taken,” the Burnley-born bowler said.

“At first I thought they were going a bit over the top for a five for, but to see the reaction from the lads was really special and then to get to chew the fat with them after the day was really nice.

“It feels special to get the milestone here where I took my first wicket – it still sounds ridiculous to think I’ve taken 1,000 wickets.

“I’ll look back on this in years to come and think more about it, but right now spending time with the lads and the reaction from the crowd is special. It was a lifelong dream to play for Lancashire.

“I’m away a lot with England and don’t get to play much for Lancashire, so it makes that much more special to do it here and with a performance that helps the team. It’s a day I’ll never forget.”

Anderson made his first-class debut in 2002 and his Test bow came a year later against Zimbabwe at Lord’s.

He is fourth on the list of all-time wicket-takers in Test cricket and just the 14th player and fifth seamer to reach 1,000 first-class wickets this century.

The last fast bowler to reach the landmark was Andy Caddick in 2005.

“I felt really good from ball one. Sometimes you can just feel that way from the moment the ball comes and you know it’s going to be a good day,” Anderson said.

“The first ball went exactly where I wanted it to go, it swung, the conditions were favourable, it carried which means you don’t have to force and, if you find the right length, the nicks will carry. From then on I was just trying to challenge the defence of the batters as much as possible. “

“To get 1,000 wickets is becoming harder with the amount of cricket that is played across the world and it is getting less and less likely that it will happen again. I could potentially be the last person to do it which just adds to the feeling of it being very, very special.”