A duck by any other name is still a zero… 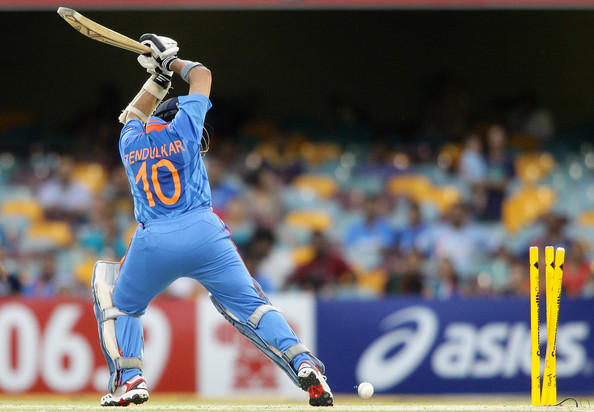 Examples of tail-enders stringing together several ducks are vast and varied, including Courtney Walsh’s 43 zeroes in 185 Test innings and Curtley Ambrose’s 26 in 145. Fellow West Indian Mervyn Dillon, too, perished for 26 in 68. Those tasked with doing the business with the ball, though, can be forgiven for not getting off the mark with the bat. It’s when the specialist batsmen return to the pavilion without a run, on more than the odd occasion, that makes for intriguing reading…

Sri Lankan left-hander Sanath Jayasuriya was renowned for his big-hitting across a lengthy ODI career. He massed 28 centuries and 68 half-centuries, but also gathered 34 ducks. Such was his ‘go big or go home’ approach, that Jayasuriya was often the hero or zero.

Pakistan’s Shahid Afridi adopted a similar approach for several years – and along the way paid for impatience with 30 ducks in ODI competition. Synonymous for wild swipes, which either saw the ball sail over the ropes, crash into the stumps or pop into the hands of a fielder, ‘Boom Boom’ knew how to thrill – and disappoint – adoring fans.

Sri Lankan veteran Mahela Jaywardene garnered 28 ducks and effectively epitomised why batting can be the cruelest discipline in sport, as relayed by this Betway blog. A large part of his playing career was before the days of the Decision Review System – and he would have copped a few bad on-field decisions, without the opportunity to question them.

West Indian Chris Gayle and South African Herschelle Gibbs – preferred as batting figureheads or labelled top-order hotheads – share 46 ODI ducks. On many occasions, Gayle and Gibbs needed to perform for their respective countries. Several times they obliged, but also let them down as well. Neither, however, are the type of character to really bat an eyelid at failure – and instead fixed focus on the next opportunity to impress.

Among cricket’s true greats, Ricky Ponting and Sachin Tendulkar also endured lean stretches. Tendulkar and Ponting were hampered by 20 ducks each across otherwise prolific careers, which drew 79 centuries between them. India’s Tendulkar, of course, played six years more than Australia’s Ponting, so evidently walks away from this statistic with a bit less tarnish.

New Zealand trio Daniel Vettori, Nathan Astle and Adam Parore shared 61 ducks. Vettori was initially somewhat of a lower-order batsman but eventually grew into an all-rounder, while Parore juggled his batting responsibility with a key wicketkeeping role. Astle, too, had to play a role with the ball before or after trying to make a positive impact with the bat in the face of testing cricket odds.

Zimbabweans Elton Chigumbura and Hamilton Masakadza are still playing ODI cricket, so will inevitably add to their 17 and 15 ODI ducks, respectively. Masakadza bats at the top of the order, so is more prone to a low score when the ball is new, while Chigumbura could argue the same, when the chase is on against the older one. Either way, their risks are high.

Pakistan’s Saeed Anwar held the record for the highest ODI score for a long time. His 194 was the best before Rohit Sharma, Gayle, Tendulkar and others started scoring double centuries in the intermediae format of the international game. Anwar, though, also had to weather 15 ducks.