A Look Back at England’s Incredible World Cup Victory 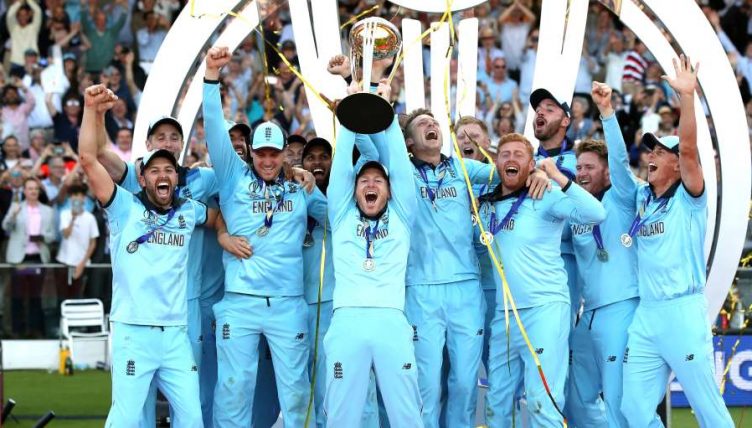 ENGLAND ARE THE WORLD CHAMPIONS!#CWC19Final

With all the craziness that the last few months have brought during the ongoing pandemic, it’s easy to forget many of the spectacles that we were witness to last year. With the current test series returning to play following the long break, cricket is back on the minds of many once again.

For the first time in World Cup history, the 2019 fixture between England and New Zealand led to the first tie game where both sides would end their 50 overs at a score of 241 with England pulling ahead with more boundary fours and sixes being scored throughout the match to have them crowned champions – but it had been the last few overs that truly added excitement to an already astonishing game. England required 15 from the last over of regular play with Ben Stokes hitting a 6 followed by a throw that hit his bat and deflected for four overthrows, whilst the last two couldn’t be scored from the last ball and Mark Wood was run out, he was able to join Jos Buttler for the super over and the last two required.

It was a hard earned victory however, as New Zealand were able to stick to a very strong patient batting plan that left them 241-8 when England came out to bat leading to winning being a difficult proposition before Stokes came out to bring the tie and the super over. Many deemed England even getting to the final being a massive success as it brought the free-to-air game to English TV’s, giving cricket a huge boost within the country, but for fans they were greeted with a spectacular final that only a pandemic level event that has been seen over the past few months could eclipse.

The return of test cricket has been great news for punters too, throughout the pandemic sporting event cancellations have been a concern for many operators as they struggle to find solid footing amongst uncertain times. Luckily the creativity of the sports industry, combined with innovative online casinos like those at Top10casinos provided plenty of entertainment.

The next stage for cricket will be to bring back fans in live attendance to recapture much of the excitement that could be seen in the stadiums during the world cup – cricket execs had already announced a plan in early April to allow fans at a reduced capacity in line with advice for safety by suggested one way systems and social distancing, but UK Prime Minister Boris Johnson recently announced that we may see fans back as early as October, and as had been seen in Australia recently there had been some allowance for limited fan activity there too.

There’s still plenty of cricket to enjoy through the rest of this year too – England will play the remaining days of test cricket against the West Indies toward the end of July, followed by the test series against Pakistan throughout August. The ODI and T20I will also get back underway again throughout July and August and early into the new year. On top of this, there’s also ongoing drama inside cricket namely around English bowler Jofra Archer who had recently been punished for breaking the bio-secure environment in which the players are currently in to reduce the risks of the virus spreading, the latest statement from the bowler has since described the sport as ‘fickle’ and that he has been receiving racial abuse on social media since his ban from the test series with names like Ben Stokes vowing to back and support him whilst dealing with the spotlight of international sport.

It’ll take a monumental effort for any of the remaining games this year to capture as much hype as what came from the world cup and whilst it’s unlikely that any can, at least there are games still to be played. There had been some concerns that we may not see the return of any sporting events until the new year and so for such a quick turnaround to occur not only for games to get underway again but also the good news of fan attendance, there’s plenty more to be thankful and excited for.