Home Blog Opinion A poetic tribute: ’63 not out’ 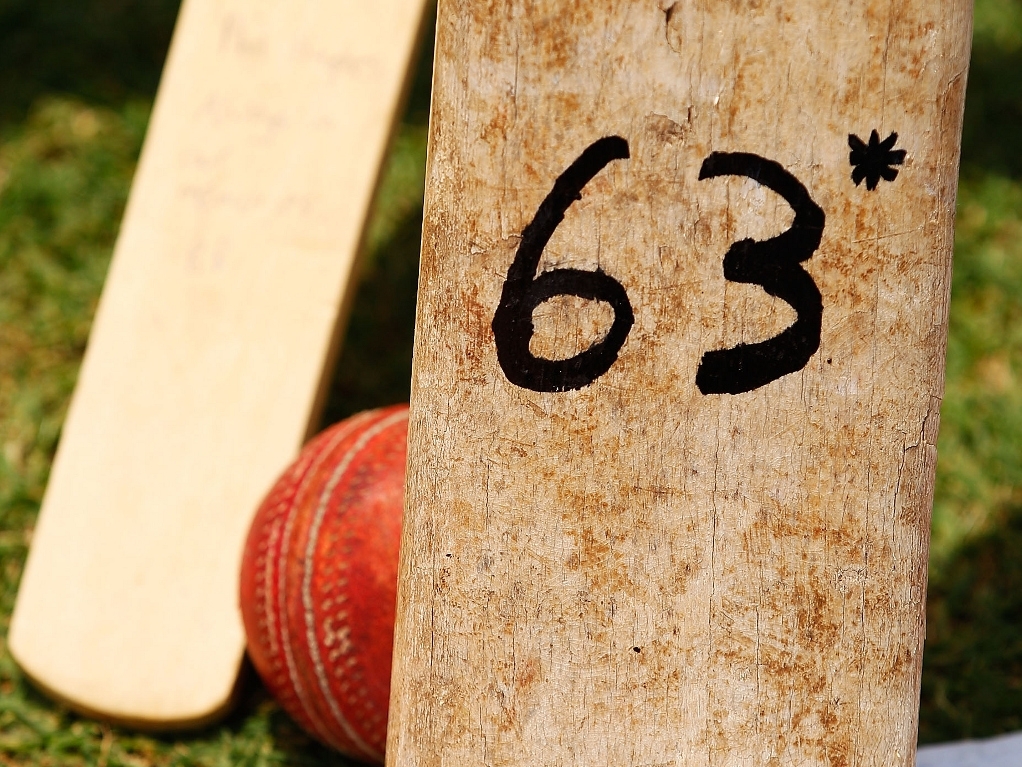 Veteran Australian actor Jack Thompson has narrated a poem in honour of batsman Phillip Hughes, called '63 not out' in a video made by Cricket Australia ahead of the first India Test.

Hughes was on 63 when he was struck by a bouncer on 25 November, and he died two days later in hospital. Hughes was due to play in the TEst, which had to be postponed, and CA writer Adam Burnett wrote a moving tribute.

Here is Thompson, a screen veteran with credits like The Great Gatsby, Australia, Leatherheads, and Star Wars to his name, reading the poem, with a accompanying imagery.

Here's the poem, in full:

It's a tragedy of circumstance that’s left our game in tatters,
A happening that makes us ask just how much cricket matters.
A young man lost so suddenly without a rhyme or reason,
How does one accept that Phillip Hughes has played his final season?

But with the grief and sadness there’s also cause for celebration,
For a life that scaled lofty heights and charmed this sports-mad nation.
For a gift that burned so brightly, that was raw and hard to tame,
For that cheeky grin, ubiquitous with mention of his name.

From early doors they pinned him as a legend in the making,
Macksville locals soon lost count of records he was breaking.
The whispers grew, the rumours flew, the tales did the rounds,
Of a cacky-handed run machine whose talent knew no bounds,

A homespun style, an eagle eye, a focus few could rival,
The simple traits that paved the way for this country boy’s arrival.
Because despite the rural passion that defined him til his last,
For Phillip Hughes the path was clear, his cricket die was cast.

To Sydney with a bullet he flew straight down the Pacific,
Within in a blink, while still a teen, his numbers were prolific.
Here was a kid, a prodigy, who had to make his mark,
The youngest man in baggy blue since a certain Michael Clarke.

The youngest gun to make a ton in a final of the Shield,
A bush technique honed on the land found gaps in any field.
And as the hundreds piled up, we knew greater things awaited,
Sure enough, to Africa, where a champion was created.

The story now is folklore in the history of the game,
With a pair of tons in Durban, Phillip Hughes had made his name.
Cutting, slicing, arrowing, he took South Africa apart,
He was 20, he was brilliant, he was playing from the heart.

But what goes up, it must come down, a fact each player knows,
With the glory and the triumphs come the failures and the lows.
Four times he lost his place in his beloved Test match side,
Four times he vowed to fight again, and he wouldn't be denied.

Until that fateful day when he would play his final innings,
A knock that promised greater things, suggested new beginnings.
We were clueless to the scale as the accident unfurled,
Had no idea this tragedy would rock the cricket world.

But in our darkest moments we cling to things that make life brighter,
And the sport has been united by the memory of a fighter.
And while the flashy blade and diamond studs could well have fooled a few,
There was never any argument, he was country through and through.

Because beyond the adulation, past the thrill of Test match battle,
There remained a constant yearning, for his home, for Angus cattle.
For the undivided love he knew from father and from mother,
For that familial connection to one’s sister and their brother.

So raise a glass for Phillip Hughes, put out your bat with pride,
Let’s salute a little character who took life’s hurdles in his stride.
The nation mourns, the cricket stops, but never be in doubt,
That somewhere far above us, he’s still sixty-three not out.