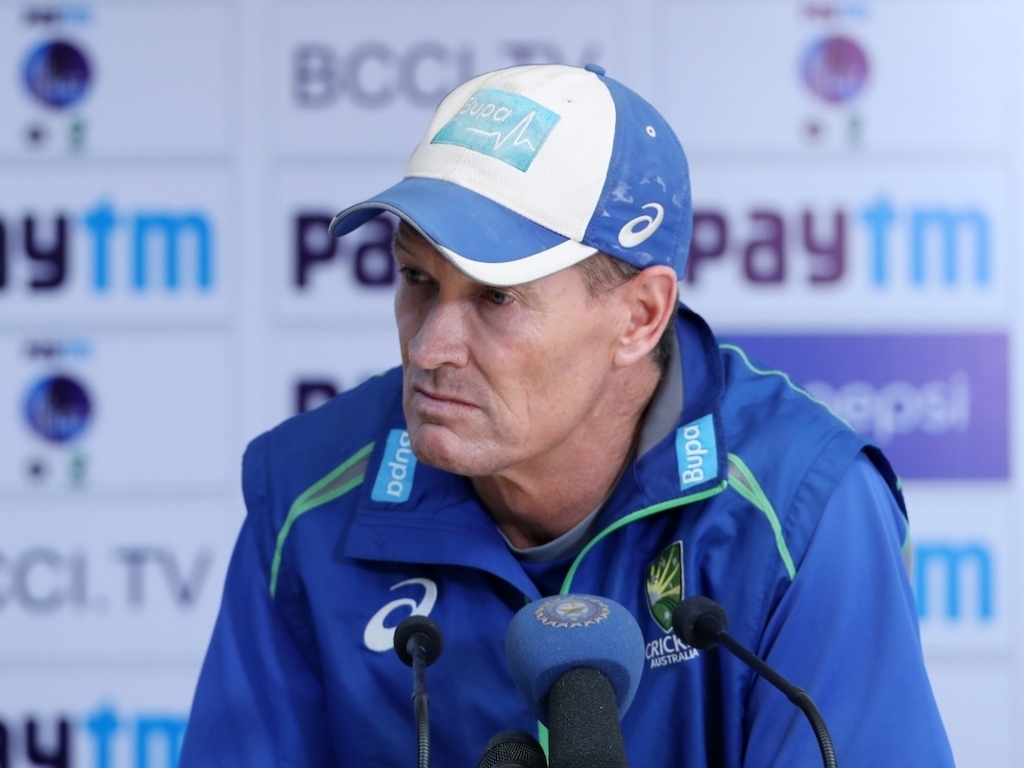 Australia batting coach Graeme Hick was a very disappointed man at the end of play on day three of the decisive fourth Test against India.

The former England batsman has worked hard with his charges to prevent the kind of collapses that had plagued Australia for a number of months stretching back to the Sri Lanka series.

The team had shown a lot of grit in the series to date but let themselves down on a pivotal day and were shot out for 137 leaving India chasing 106 runs to win.

Hick said after play: “Just stating the obvious, you could hear a pin drop in the dressing room.

“A very disappointing day. There is always a chance until the final ball is bowled. But yeah, a hard day today. The boys are pretty down but they will give it a good crack in the morning and you never know. But it is a tough ask.

“You know when you come here, there is the danger of losing wickets in clumps. The hardest part is getting yourself in, getting that first half hour out of the way and then making sure you do the job.

“I think if I look back over this game and one or two others in the series, I will say we missed an opportunity and left some runs there in the first innings.

“From a 130 for 1 on the first day to only put 300 on the board… if we had another 100 runs, 150 runs in that first innings, then we are in the game tomorrow. So while today was very disappointing, it’s not the only reason why we find ourselves in this position.”

Australia will be disappointed that one of their key men in David Warner failed to really come off at all in this series registering just one fifty and averaging a shade over 24.

Hick said of Warner: “Obviously David will be very disappointed with his aggregate on tour.

“Whether he put himself under a bit too much pressure to do so, only he can answer that. He will reflect on it, as champions do, and feel and assess it himself. But without a doubt, he is one of our major players and you would have hoped for a little bit more from him but he was challenged.

“It is tough up front, Jadeja into the rough, Ashwin bowls really well at him. [They] certainly questioned him.

“That’s the beauty of the game, it puts these challenges up between great players and makes it very interesting to watch. David will obviously be very disappointed with the way things have gone.”

Skipper Steve Smith fell one run short of registering 500 runs in the series having smashed three centuries and it was noticeable that his failure seemed to spark the collapse.

Hick said of Smith’s performance: “You’ll look back and in hindsight in this series and say that we have been a bit reliant on him, but there again, you’ve had some great contributions and performances.

“Saving the game in the last Test, with Handscomb and Marsh was as good as any hundred that Steve Smith scored, in those conditions and that pressure. Yeah, the scorecards will show that Steve Smith has had an amazing series and it has looked that way.

“He’s just playing wonderful cricket at the moment. He asked me in the dressing room and I just said I think you’re just playing too well. You’re seeing the ball like a football and hitting it to all parts of the grounds. He’s just playing beautifully.

“Steve Smith is a huge wicket for us, especially in the form he’s in. Yeah, he’ll be disappointed, as would anyone else. But yeah, very unfortunate for us because he’s had a very good series.

“He’s got seven hundreds in the last eight Tests against India. He’s got a lot of runs against them. In some respect, you think they haven’t worked out how to bowl to him yet. So that was a bit unfortunate.”