A win that England desperately needed 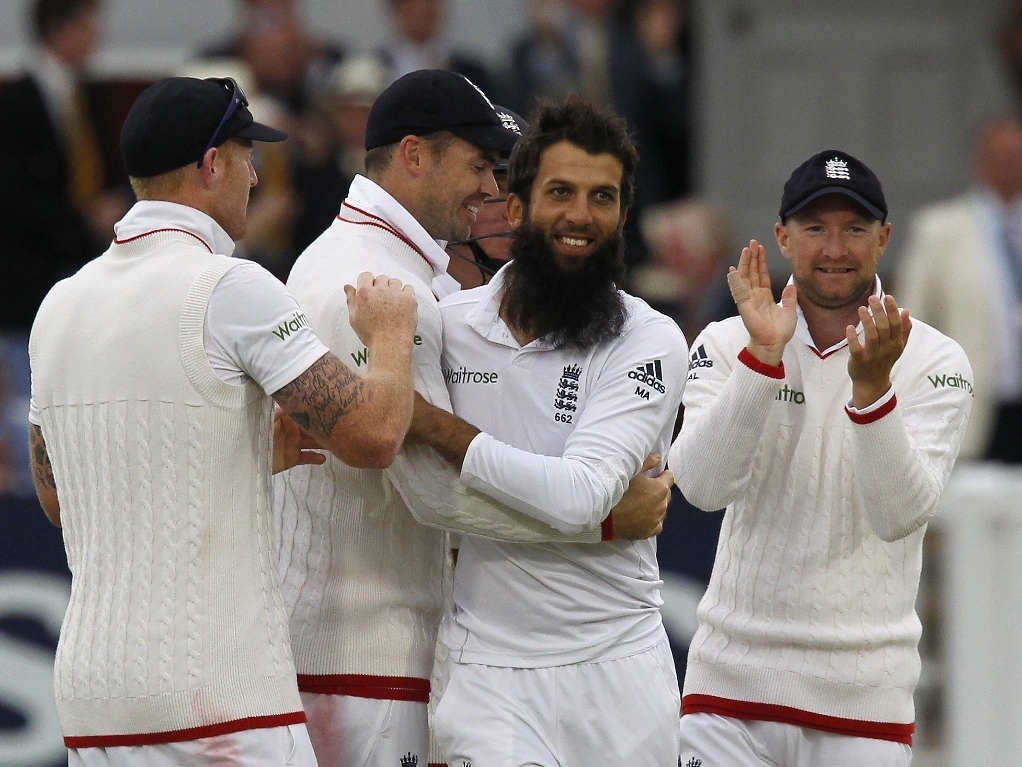 There has been a dark cloud hanging over England cricket for a while now, and it hasn't just been the national team that has been under its shadow. There has been inordinate amount of gazing at navels by those that hold the game dear. We have been talking about participation numbers, carving up counties and the public falling out of love with the game.

English cricket fans needed a fillip and thanks to the 22 cricketers that took part in this Test at Lord's it got it. Two evenly matched teams full of attacking intent played out one of the great games that Lord's has seen. There was 1610 runs, 40 wickets and five days of brilliant entertainment.

The state of the game, decent weather, a bank holiday, schools on a half term break and cut price entry  combined to see 20,000 walk up ticket buyers to make you think that there is still a deep love for the sport here in the UK. And this was a different crowd much more representative of the public at large than the striped blazers and funky moustaches that were so much in evidence on the first four days.

Those that were there for this Test were treated to the sport at its finest. New Zealand batted and bowled brilliantly in the first half of the game, England did so in the second. Ben Stokes put in one of the great all round performances. His 92 in the first innings kept England in the Test, his 101 in the second innings set up the England win.

While he was below par with the ball in New Zealand's first dig, come the second he picked up the vital wickets of Williamson and McCullum in the space of two deliveries. It drew comparisons with England’s great all-rounders of the past and for once in the great pantheon of cricketing hyperbole it was deserved. A rare example of Botham related litotes.

Stokes has been a cricketer that has been debated as often as any other in recent months. His omission from the World Cup squad is still discussed as one of England's recent failings. While his form leading up to that tournament was undoubtedly poor those who are 'Team Stokes' have talked of his match winning potential.

England probably made the right call with the all-rounder's World Cup involvement but their management of him up to that point left a lot to be deserved. It seemed as if they were determined to pick him when he should be dropped and play him when he should have been left out in the 12 months preceding that event.

For all the praise that Stokes has deservedly received for his performance the return of Alastair Cook is a bigger boon for the England team. While in recent Tests England's beleaguered captain has scored runs he hasn't played an old-school Alastair Cook innings.

What he has done so often in his Test career is calmly gone about dragging England back into matches, a skill that was on show during his 162. Cook looks like he is back, he even managed to get lucky as a captain. As Napoleon almost said a lucky captain is better than a good one.

Cook has had a hard time of it and the forceful backing of him by those in charge in spite of his poor returns as a batman and captain has led to some frustration. There has been an erroneous suggestion that in some way the public had turned on him and being opposed to the moves of the ECB meant you were also against Cook.

While this may well be true for former tabloid editors and erstwhile CNN hosts that is not the case for England fans. Cook doing well is still worthy of celebration.

England's skipper is 32 runs away from overtaking Graham Gooch's 20 year old record for England in Tests. He already has more hundreds and more scores over 50 than any other player in his country's history. All those that follow his team want is more of the same, at Lord's we were allowed to think that might happen.

This result does not solve all of the problems that England face but by accident rather than design the ECB have brought together a far more likeable team that the one that proceeded it. In Joe Root, Jos Buttler, Ben Stokes and Moeen Ali England have a middle order than can excite and deliver results. The powers that be have really lucked out.

That it has taken this remarkable game for people to realise quite how much fun this England team can be is a testament to just how poorly the ECB have done in the last two
years.

The one glaring problem that will not be resolved any time soon is the lack of a match winning spinner. People have been incredibly unfair to Moeen Ali in recent months. Selected while a top order batsman who gave his side serviceable off spin he has improved immeasurably in just over 12 months. He is still very much a work in progress but his Test average is 29.84 at present, a smidge lower than Graeme Swann's.

While it would be ridiculous to suggest that Moeen is the bowler than Swann was he has far from disgraced himself. He is, as things stands, the best option that England have and has done nothing to suggest that he should be dropped.

While England were foolish not to give Adil Rashid a go while they were in the West Indies it is hard to see how he can come in to the side in place of a bowler who is doing a decent job. Moeen needs to find a way to keep things tight when he isn't picking up wickets but it would be a brave man that suggested he couldn't do so based on how quickly he has developed this year.

While people have said England have too much batting and not enough bowling in the absence of a genuine spin bowling option Moeen needs to be given the job for this summer at least.

Australia are still favourites to win the Ashes later this summer, by a distance, but at least the storm clouds have lifted somewhat. There is a way to go, but this is a start.