AB and Sanga do battle for top ODI ranking 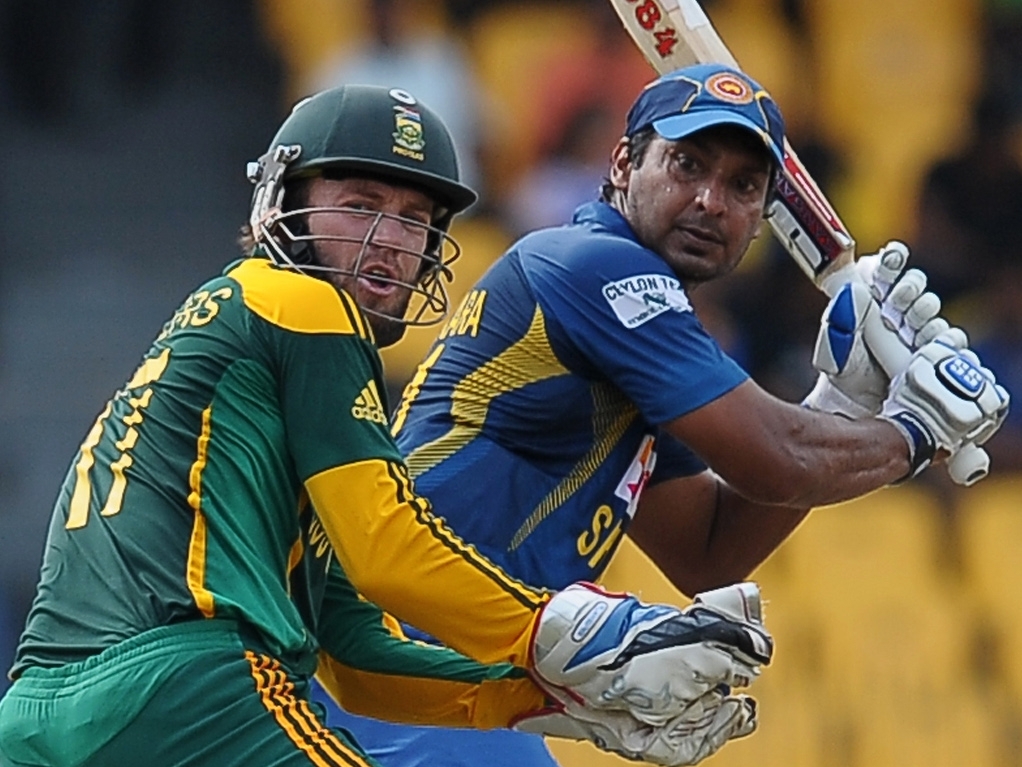 AB de Villiers of South Africa and Kumar Sangakkara of Sri Lanka have brought their battle for the coveted one-number batting spot in the ICC Player Rankings for ODI Batsmen to Sydney, when the two will go head to head in the first quarter-final of the World Cup.

De Villiers started the year leading Sangakkara by 76 ratings points and when the two players take the field on Wednesday, the South African will be leading the Sri Lankan by 38 ratings points. Both these cricketers are enjoying great tournament form, with de Villiers having scored 417 to date and Sangakkara leading the field with 496 runs, including four centuries.

Not too far behind the two batsmen are Hashim Amla of South Africa and India’s Virat Kohli. Amla is in third position, 14 ratings points behind Sangakkara, while Kohli will go into Friday’s second quarter-final against Bangladesh in Melbourne trailing the South African by four ratings points.

While the four top batsmen have consolidated their positions in the latest batting chart, there are a few other batsmen who have made upward movements following their performances in the second half of the group matches, and will aim to head in the right direction when they feature in the knockout stage.

Outside the top 10, Suresh Raina of India is in 17th position (up by three places), Pakistan’s Ahmed Shehzad 24th (up by two places), Australia’s David Warner 25th (up by five places), Mushfiqur Rahim of Bangladesh 27th (up by seven places), Australia’s Steven Smith 31st (up by six places), New Zealand’s duo of Martin Guptill 34th (up by eight places) and Corey Anderson 39th (up by eight places), Bangladesh’s Mahmudullah 44th (up by 17 places) and Shahid Afridi of Pakistan 44th(up by three places).

Zimbabwe’s former captain Brendan Taylor leads the batsmen who have gained places in the batting table but will not feature in the knockout stage.

Taylor, who is the second-placed run-getter with 433 runs, has rocketed 13 places to claim 16th spot, while others include England’s pair of Jos Buttler in 22nd (up by six places) and Ian Bell 23rd (up by four places), Afghanistan’s Samiullah Shenwari 48th (up by four places) and Zimbabwe’s Sean Williams 49th (up by eight places).

In the rankings for ODI Bowlers, Dale Steyn of South Africa and Australia’s Mitchell Starc have Saeed Ajmal’s number-one ranking firmly within their sights. Steyn has gained one place to rise to second spot to trail the absent Pakistan off-spinner by just five ratings points.

England’s James Anderson and Morne Morkel are the other bowlers inside the top 10 to improve their rankings. Anderson has gained one place to occupy sixth position while Morkel is 10th after rising two places.

New Zealand’s Trent Boult leads the charge of the other bowlers outside the top 10 when he has vaulted nine places to claim a career-best 15th position, thanks to his 15 wickets in the World Cup to date.

Lasith Malinga of Sri Lanka has climbed six places to 27th after his 11 wickets in the series to date, West Indies captain Jason Holder has joined his Sri Lanka counterpart Angelo Mathews in 28th spot after taking nine wickets, India’s Umesh Yadav has climbed eight places to 34th after his 10 wickets and James Faulkner has leaped 12 places to 35th.

In the rankings for ODI All-rounders, Bangladesh’s Shakib Al Hasan will try to reclaim the number-one spot from Tillakaratne Dilshan of Sri Lanka, who leads by 17 ratings points.

There are notable major changes inside the top 20 in the latest all-rounders’ rankings. Glenn Maxwell of Australia has joined India’s Ravindra Jadeja in seventh position by rising three places, Corey Anderson has broken into the top 10 for the first time by gaining seven places, while Mahmudullah of Bangladesh is enjoying his career-best ranking of 14th after jumping nine places.