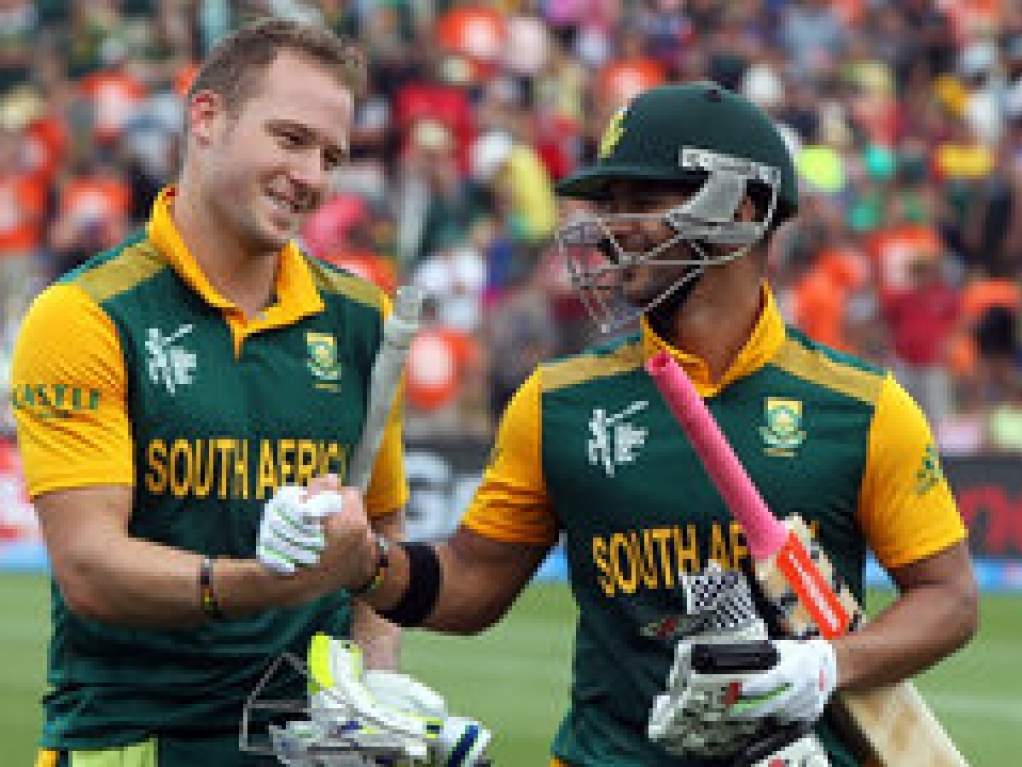 South Africa captain AB De Villiers paid tribute to the two stars, JP Duminy and David Miller, that helped his side to 62 run victory against a spirited Zimbabwe side in their opening match of the World Cup in Hamilton on Sunday.

Duminy and Miller shared in an unbeaten world-record fifth wicket partnership of 256, as the Proteas recovered from 80 for four to post a commanding 339 for four after 50 overs.

Zimbabwe then gave their African neighbours some anxious moments in the field before a flurry of late wickets put paid to an upset win. Zimbabwe was bowled out for 277 in the 49th over.

De Villiers said after the match: "I am very happy at the performance, we had a really good game today. It got easier and luckily David and JP made full use of that and played exceptionally well in that great partnership that won us the game today.

"We have seen David demolish the attacks like that and he is capable of that. To see at this high level and in this biggest tournament is great and it shows where this guy is going in his career.

"JP also showed good form, he was a bit out of touch with his injuries but seeing him bat like that is very pleasing."

The Proteas captain also had some words of encouragement to the Zimbabweans, who certainly showed lots of heart in their gutsy display.

De Villiers said: "They (Zimbabwe) played some excellent cricket and I will not be surprised if they upset a couple of teams in this World Cup."