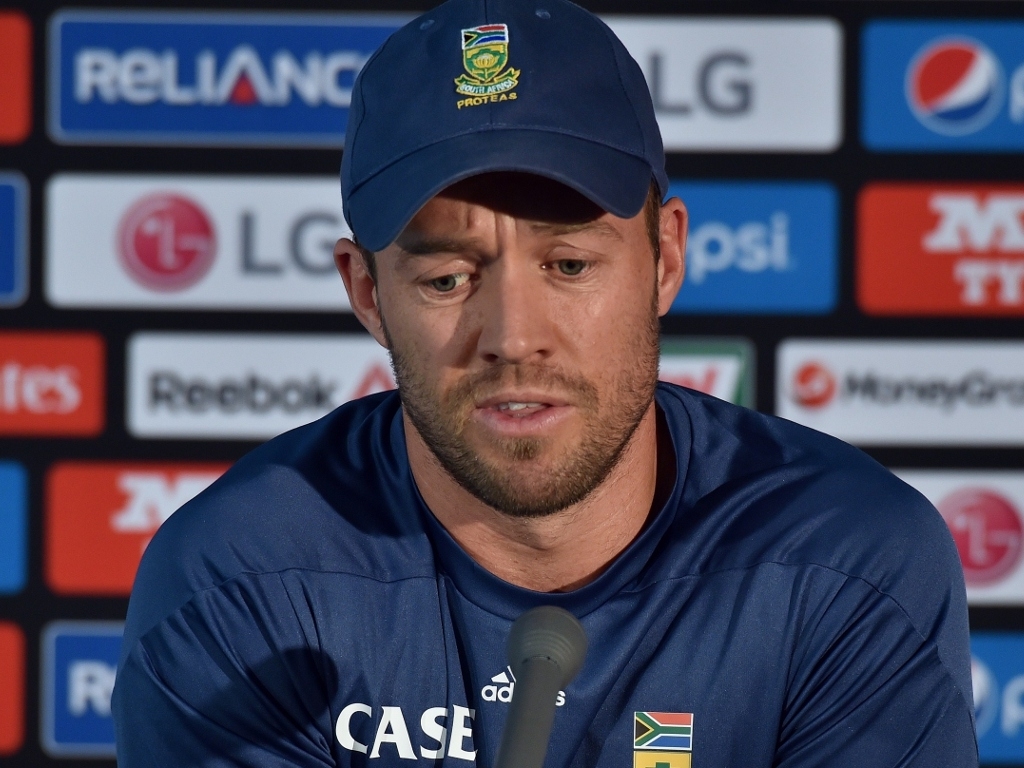 South Africa will have four days to regroup before their next encounter against the West Indies in Sydney, following their heavy loss to India at the Melbourne Cricket Ground (MCG) on Sunday.

Proteas captain AB de Villiers admitted that his side was outplayed by a spirited Indian outfit, a 130-run defeat he feels is a tough pill to swallow early on in the competition. SA were all out for 177 in chasing 308 to win.

De Villiers said after the game: "It’s a big knock for us to get beaten by 130 runs. It’s almost embarrassing. You never want to lose by that amount of runs.

"You always want to be a competitive team and feel like you are in the game. We pride ourselves on that and it didn't happen today."

De Villiers emphasised the key role the coaching staff and senior players will play in helping the squad to refocus ahead of their 'must-win' match against the West Indies at the Sydney Cricket Ground (SCG) on Friday.

He added: "We are going to have to lick our wounds, your confidence takes a knock with performances like that and it’s up to the senior group of players to make sure that the confidence is up there come Friday against the West Indies.

"Little things like today’s performance can creep into your game if you start thinking about it too much and allow it to knock your confidence.

"There are a few things that need to happen. Obviously after a loss like that you want to recover and to regroup as a unit. Come tomorrow we will put all of our focus on Friday, it’s a big must-win match for us in Sydney."

There were few positives from the disappointing performance, however, the team can take some confidence after curbing the Indian batsmen in the death overs, along with the continued rise of Imran Tahir.

"I was very impressed with his performance," De Villiers said of Tahir. "He played against a team that is renowned for the way they play spin bowling. India are probably the best batting unit against spin-bowling.

"There were a lot of questions about whether or not he was going to play before the game so I'm proud of the way he performed tonight against world-class players of spin. He showed that he is right up there as one of the best spinners in the world."

Vernon Philander was only able to bowl four overs before leaving the field due to a hamstring injury. He will undergo scans on Monday to determine the extent of the injury. The squad travels to Sydney on Monday and will begin preparations for the match on Tuesday.