Home 2015 World Cup AB: It was a very enjoyable knock

AB: It was a very enjoyable knock 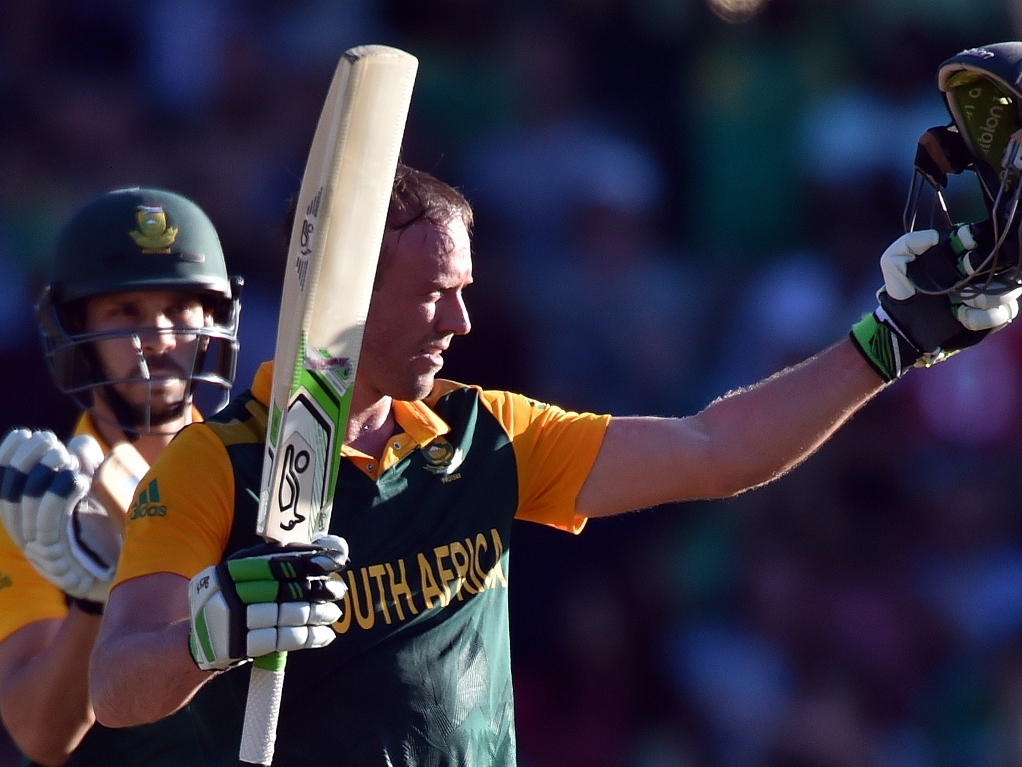 South Africa captain AB de Villiers said he enjoyed his record-breaking innings, as his team beat the West Indies in a World Cup Pool B match in Sydney on Friday.

De Villiers, batting at number five, struck an unbeaten 162 off just 66 balls, including 17 fours and eight sixes, as he set the record for the fastest batsman to score an ODI 150.

On the back of De Villiers' heroics, and scores in the sixties from Hashim Amla, Faf Du Plessis and Rilee Rossouw, the Proteas amassed a massive score of 408 for five in their 50 overs.

The bowlers then came to the party, with spinner Imran Tahir claiming five wickets, as they dismissed the West Indies for 151 to win by a mammoth 257 run margin.

De Villiers was quick to praise the top-order batsman, especially Rossouw, who laid a sound platform for the skipper to launch towards the end of the innings.

The 31 year-old De Villiers said: "It was a very enjoyable knock today. I thought the foundation the boys laid upfront once again allowed us to free up. It's just one of those knocks when everything came my way and a little bit of luck here and there.

"A score of around 300 halfway through the innings looked like an achievable total . We were pushing for that – something in the range of 320. And it was one of the days when you just click in the last 10 overs.

"I thought Rilee played an exceptional knock – a great injection of momentum for us. I could bat around him at the start and then free up a bit as well."