Home 2015 World Cup AB: It’ll take some time to get over this

AB: It’ll take some time to get over this 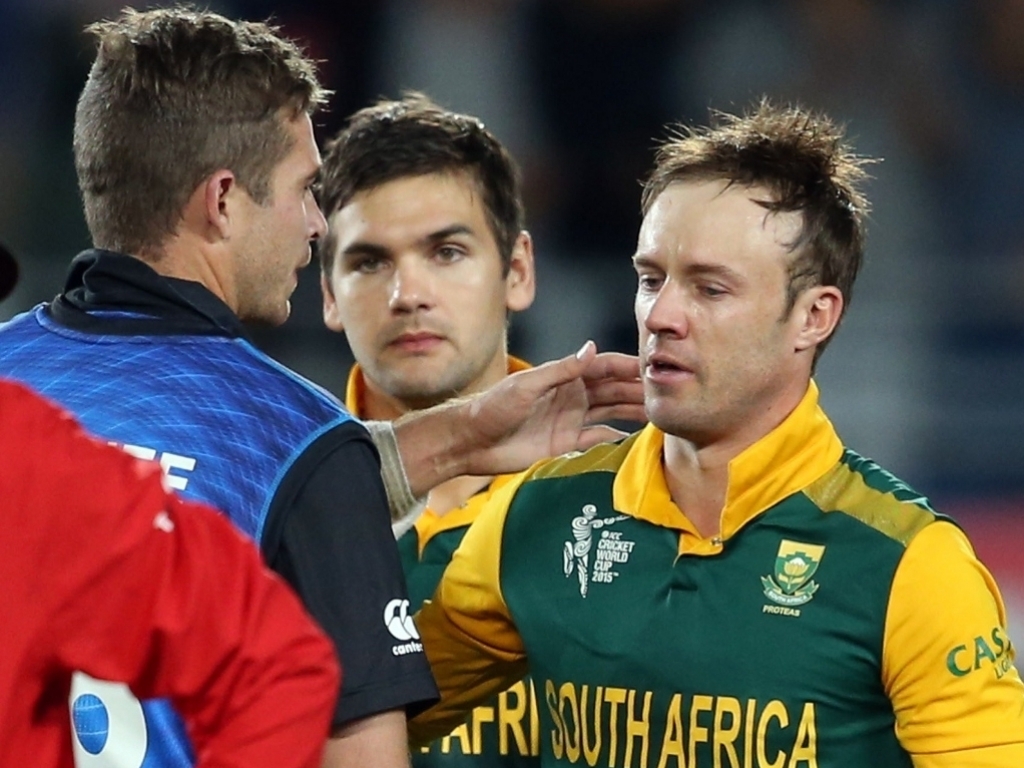 South Africa captain AB de Villiers was in tears when his side lost by four wickets in the semi-finals to New Zealand on Tuesday, but said he was proud of his side's efforts at the World Cup.

Rain saw New Zealand needing 298 to win in 43 overs, and the Proteas were unable to protect those small Eden Park boundaries. The Black Caps played a thriller, and got the final runs, via a six, with one ball to spare.

New Zealand thus advanced to their first World Cup final, and that would have been the case for the Proteas too, who reached the final four by winning their first ever knock out game.

An emotional De Villiers said: "It was an amazing game of cricket, it's probably the most electric crowd I've ever heard in my life so credit to the crowd here tonight. They were really here to support their team and I guess the better team came out on top today.

"We gave it our best, we left everything out here on the field and I couldn't ask anything more from our boys, so we don't go back with any regrets but I guess we had our chances and it's hurting quite a bit. It will take us a while to get over this."

De Villiers also said he hoped the fans in South Africa would be proud of the side, having set their alarms at all hours of the morning all tournament. The skipper didn't want to look at the negatives of the day, but wished the Kiwis good luck for the final.

"I hope the people can still be proud of us no matter about the fact that we lost tonight.

"I felt we had a wonderful thing going as a team in this tournament, a really had a good feeling. I don't want to single out any individuals because we're a unit and the unit came unstuck as a unit today.

"There were very good individual performances through the tournament, so credit to all those. To the teams in the final, all the best."