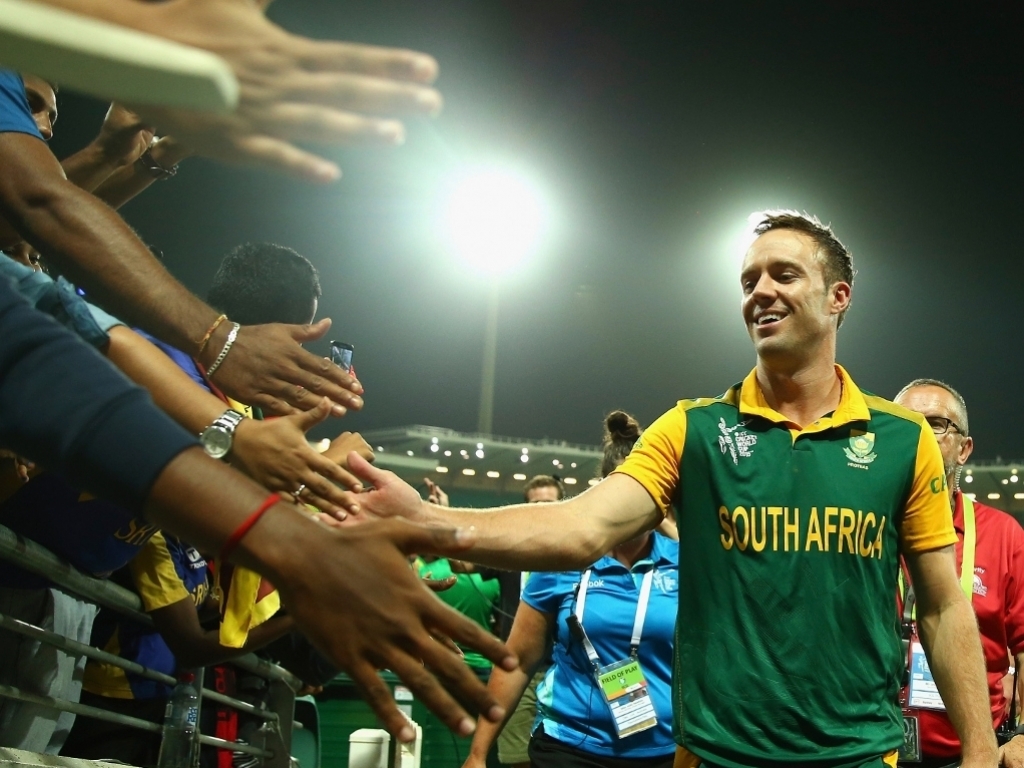 AB de Villiers matched the performance of Makhaya Ntini (2005 and 2006) when he was named South Africa’s Cricketer of the Year for the second successive year when he received the 2015 award at a gala Cricket South Africa (CSA) banquet in Midrand on Wednesday.

De Villiers swept the board of almost all the accolades available to him, winning five awards. He thus emulated the performance of Hashim Amla who won five awards in 2010. De Villiers was also named Castle Lager ODI Cricketer of the Year while his peers and his fans honoured him by voting for him as SA Players’ Player of the Year and SA Fans’ Player of the Year respectively. He also received the KFC So Good Award for scoring the fastest century in the history of ODI Cricket against the West Indies in December 2014.

"This has been another great year with truly wonderful achievements from our top players," commented CSA Chief Executive Haroon Lorgat.

"AB is just so special and surely he must be the best all-round cricketer in the world. His performances are sheer class and his No. 2 ranking in Test match cricket and No. 1 in ODI cricket only tells a part of his amazing skills.

"He has always been an entertainer and a trendsetter while at the same time he has that unique ability to dig really deep when it matters. AB de Villiers has modestly taken limited overs batting to a new level and he has done it with style and panache that is simply beyond the reach of most. He is a true batting genius! He now holds the world records for the fastest 50, 100 and 150 in ODI cricket

"We are proud of the scale of his achievements and, more importantly, the manner in which he does it. He is an exceptionally talented cricketer who always adapts to the needs of the team.

"Our Proteas have again displayed true world-class performances in the past year and I salute not only the Award winners but all of them for a year of great performances. The fact that there were again as many as five worthy candidates for the top award speaks volumes.

"Our domestic cricket remains blessed with great talents and congratulations to all the winners in that category as well.”

"I warmly congratulate all our winners including the likes of our umpires, grounds staff and scorers, without whose contribution the game cannot be played.

The Khaya Majola Lifetime Achievement Award went to Shepherd Ngcaba for his services to the game over nearly half a century. He has been the driving force behind the success of the Good Hope Cricket Club in King Williamstown and has played a major role in the development of facilities in the surrounding rural areas. He has also served on the executive of the Border Cricket Board and is still very active in serving the game he loves.