Home News AB: One defeat isn’t a ‘wake up call’

AB: One defeat isn’t a ‘wake up call’ 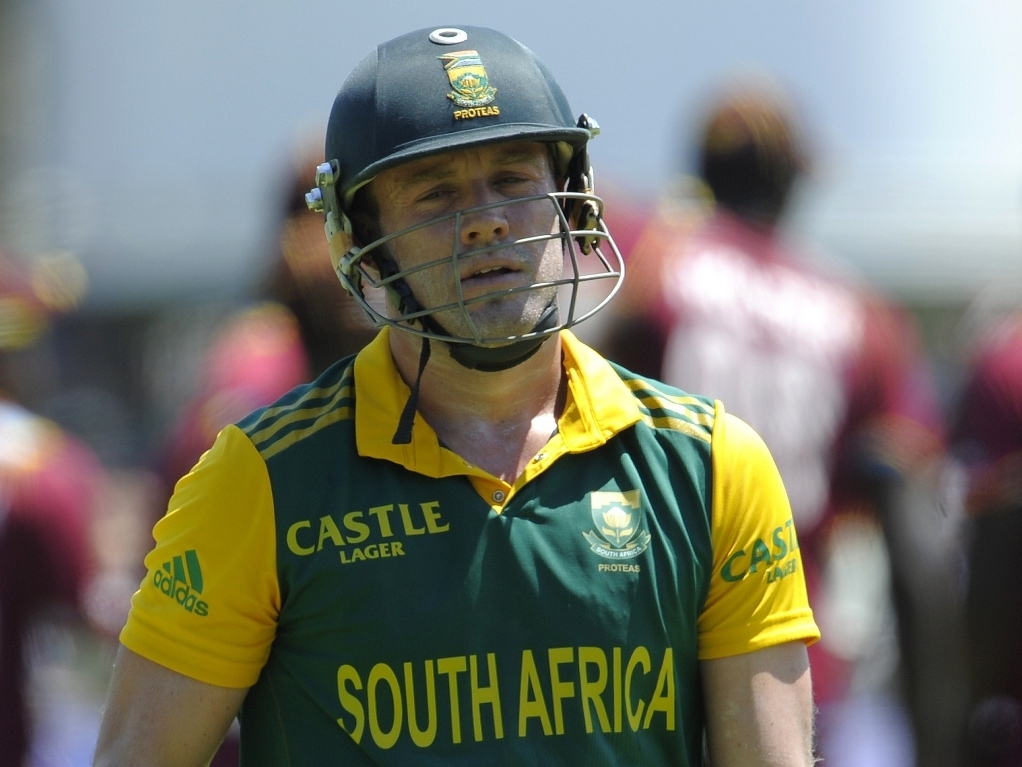 South Africa ODI skipper AB de Villiers has urged everyone to calm down to a panic, saying one defeat to the West Indies isn't reason to reach for the smelling salts or ponder a 'wake up call'.

The Proteas, having already won the ODI series, lost the fourth match by one wicket in Port Elizabeth thanks to three half centuries by the Windies middle and lower order. It meant David Miller's maiden ton was in vain.

But De Villiers opted to look at the things the Proteas did right during the game, and said their World Cup plans were hardly derailed, despite losing to the Windies in an ODI for the first time in nearly a decade.

He said: "It's not a wake up call. We were wide awake the whole way through there. We weren't complacent or anything like that. After every wicket were talking about staying humble, keep working hard, running balls down to the boundary.

"There's no way it was a wake up call. It came down to a little bit of pressure at the end there and we lost. It's a painful affair but we move on and we will try to finish on a high at Centurion."

Of Miller's knock, the skipper added: "It was a great knock by David and he deserves all the credit that's gonna come his way. I am very chuffed with the middle order. I know we're going to need that middle order at the World Cup if we are going to win it."

De Villiers also defended the opposition, saying that the Windies players had always been fun-loving and relaxed off the field, and their attitudes on the field remained determined, despite defeats.

He said: "West Indies always seem to catch criticism for behaving the way that they are but I don't see anything different in the last 10 years I've been playing against them to what I saw in the last few months. That's the way they play.

"Some games they win and some they lose and I don't know why people keep criticising them for having a bit of fun off the field and being relaxed. That's how they are. They just played a normal game of cricket and performed."