Home News AB: Timing and a bit of luck

AB: Timing and a bit of luck 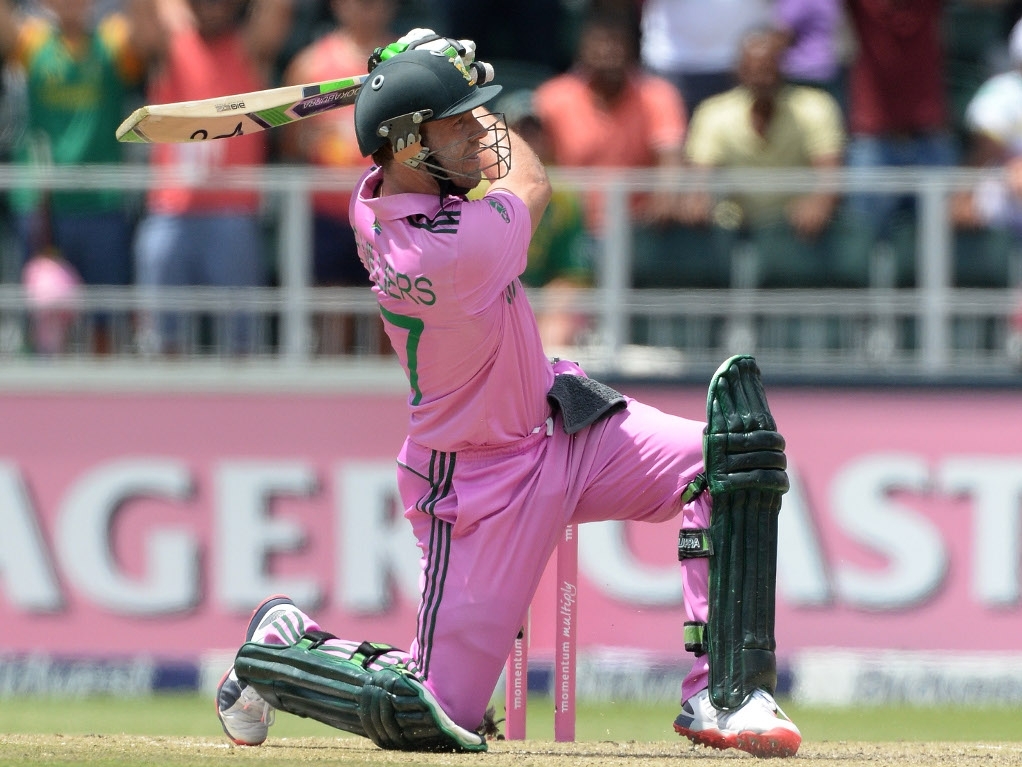 AB de Villiers believes he was aided by the perfect combination of luck and timing during his record-breaking innings against the West Indies on Sunday.

Coming in at number three after the fall of the first wicket in the 39th over with the score already on 247 after openers Rilee Rossouw and Hashim Amla made centuries of their own, De Villiers went on to score the fastest 50 and 100 in One Day International (ODI) history, reaching the landmarks in 16 and 31 balls respectively.

In a knock that lasted just 59 minutes, the Proteas captain was finally dismissed for 149 from 44 balls as the Proteas posted 439 for the loss of two wickets.

"You don't very often just come in and get momentum behind you right away. More often than not, you’ve got to work for it," De Villiers said after the match.

"Today was an exception. Out of nowhere, you hit a couple in the middle and then you get a bit of luck behind you and you can do amazing things.

"When you look back in history, guys who played good knocks will tell you it was just one or two in the middle and then something clicked.

"Sometimes you’ve got to work harder to get that sniff, or sometimes you just get that click. Today it just happened from the word go."

Whilst it may seem as if De Villiers slogged with impunity, the 30-year-old revealed that his approach was a tactical one.

"In today’s cricket, you have to read the game a little bit to see what the bowler is trying to do. You can’t just let him bowl at you, you have to try and take the initiative and put him under a bit of pressure," he continued.

"I don't know how many balls I faced, I premeditated a lot of shots but you’ve got to take the initiative and take to it the bowler, instead of him bowling to you.

"I won't try and repeat it in the next game because it's going to be different conditions. I sit in front of the TV and watch every ball to see if there’s swing, assess the conditions and see where the game is going. So when I walk out there, I know exactly what's required of me and how I want to play my innings."