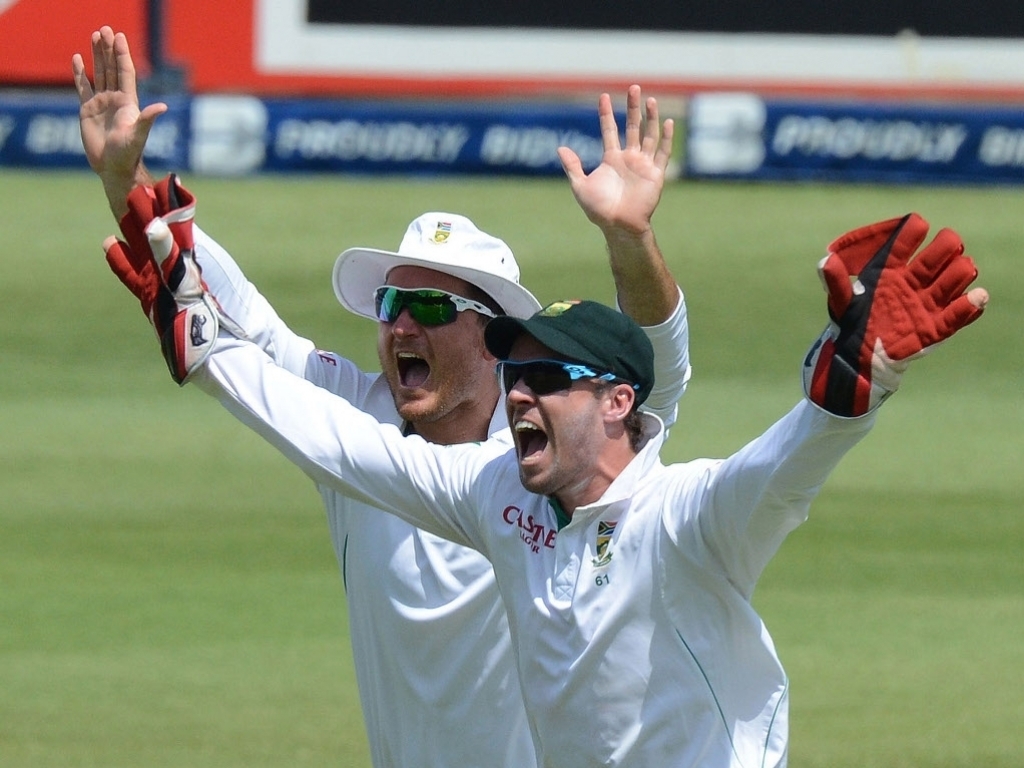 South Africa's AB de Villiers returns to the specialist role of wicketkeeper/batsman for the first two matches of the four-match Test Series against England starting on Boxing Day in Durban.

The Cricket South Africa (CSA) national selectors today named a squad of 13 players for the first two matches. The second match will be played at Newlands from 2 January.

Both De Kock and Dane Vilas, who kept wicket in one Test match in Bangladesh this year and then throughout the recent series in India, will turn out for South Africa A in their fixture against England next weekend.

Vilas will captain the side and keep wicket while De Kock will bat at number four. De Villiers' return to an all-rounder role will enable Temba Bavuma to return to his normal batting position in the middle-order while Dean Elgar and Stiaan van Zyl will resume their opening batting partnership at the top of the order.

Uncapped Rilee Rossouw has been included in the Castle Lager Test squad as the extra batsman while Dane Piedt is the only spinner selected with both Simon Harmer and Imran Tahir dropping out from the squad that went to India.

With Vernon Philander on the injury list Kyle Abbott retains his place in the four-man fast bowling attack along with Dale Steyn, Morne Morkel and Kagiso Rabada.

CSA selection convener, Linda Zondi, said: "One of the issues that concerned us during the tour to India was the lack of depth to our batting, particularly in the lower order and the change in AB's role means that we can now have a specialist batsman at number seven.

"We now feel that the side has a much better balance about it without in any way reducing the tactical options available to our captain, Hashim Amla.

"The return to South African conditions made it inevitable that we would only choose one specialist spinner with JP Duminy and Elgar both available as back-up and Dane (Piedt) is the man in possession.

"Our batting line-up has served us well in the past in matches under our own conditions and I am confident they will be ready for the challenge in what is going to be a very tough series in which experience will play a vital role."