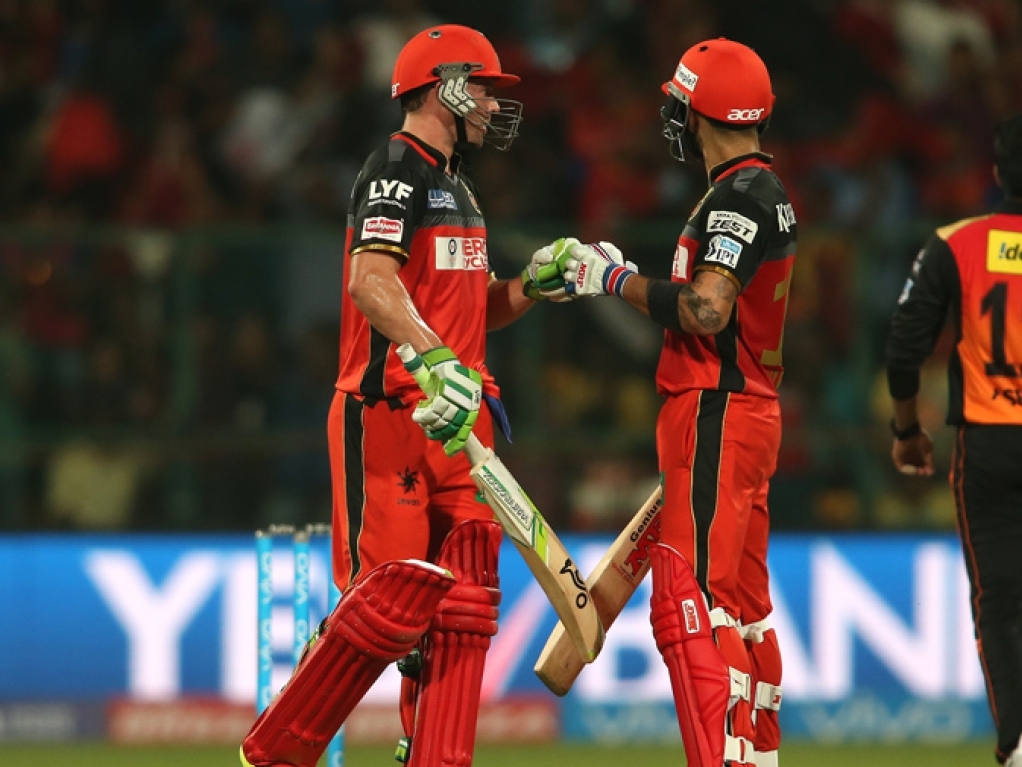 AB de Villiers struck 82 from just 42 balls and captain Virat Kohli scored 75 the Royal Challengers Bangalore got their Indian Premier League (IPL) campaign off to the perfect start with a 45-run victory over the Sunrisers Hyderabad on Tuesday.

De Villiers and Kohli helped the Royal Challengers post a formidable total of 227 for four in their 20 overs after Sunrisers' captain David Warner won the toss and elected to field first at the M Chinnaswamy Stadium in Bangalore.

The Royal Challengers have a scary looking batting line up and even when they lost West Indian Chris Gayle (one) in the second over it did not matter as Kohli and De Villiers took control with a stand of 157 for the second wicket in just 14.3 overs.

The South African was the more aggressive at the start and proceeded to smash six sixes and seven fours in his knock while Kohli hit seven fours and three maximums in his innings.

Both international superstars were out with just under three overs still to go and when Australian Shane Watson (19) also fell it seemed that the Sunrisers could limit the Challengers to a total under 200.

However, 18-year-old Sarfaraz Khan showed that he could be a star in the making as he stroked an unbeaten 35 off just 10 balls to set the Sunrisers a near impossible target to chase.

Only Warner at the top of the order gave the Challengers' bowlers any trouble with 58 off just 25 balls but the left-handed Australian did not get the support from the rest of his team.

The Sunrisers eventually ended on 182 for six to give Bangalore, who are one of the favourites, a great start to a tournament they have never won.