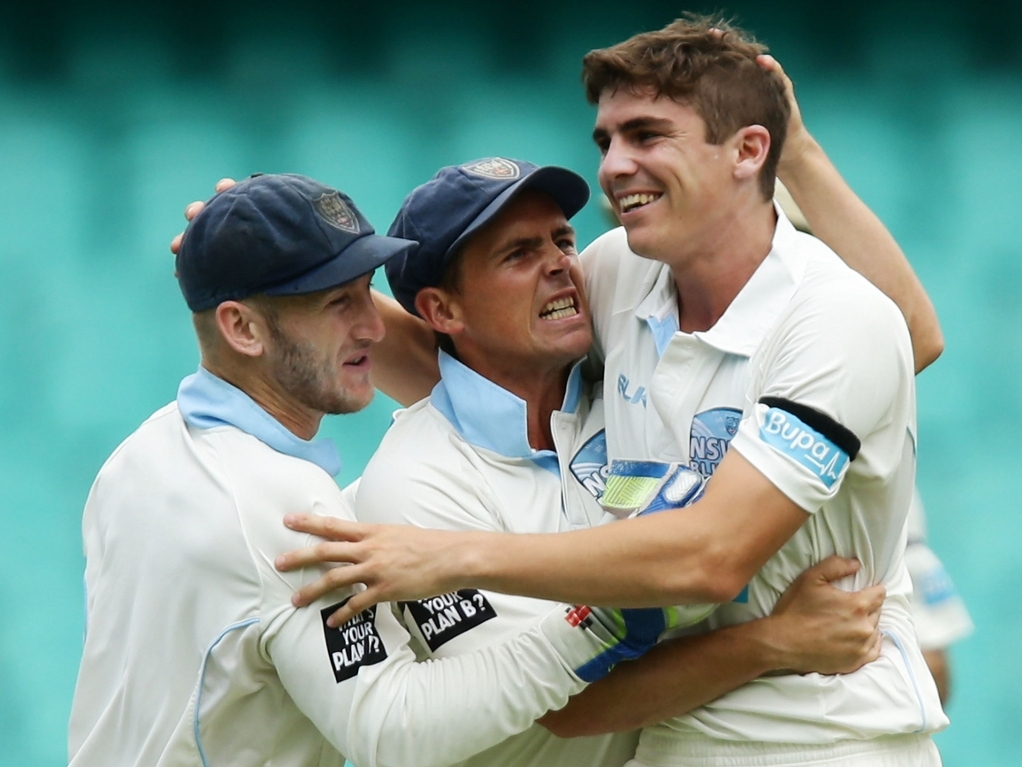 Young Australia fast bowler Sean Abbott made a triumphant return to the middle this week, playing his first game for New South Wales since the tragic passing of Phillip Hughes, and the paceman was in fine form.

All eyes were on 22-year-old Abbott, and the NSW team, as they took to their first fixture since Hughes' passing two weeks ago. Abbott bowled the bouncer that resulted in South Australia's Hughes' death on 27 November.

He was picked to play against Queensland though, and took two wickets in the first innings, while bowling bouncers too. The second innings was his highlight though, taking six wickets to lead his side to an innings and 80-run win.

NSW coach Trevor Bayliss said: "He's obviously had a hard couple of weeks, as most of the guys have. To finish off the game like that this afternoon on a fourth-day wicket, it was a hostile spell, and when he pitched up he got the reverse swing.

"It was a lot faster finish to the game than we envisaged at the start of the day. He handled things very well. I think he handled it a lot better than some of the others.

"I don't think there was any thought at all of him not playing this game. Probably the fact that his name kept getting mentioned as the bowler kept reminding him and everyone else about that incident.

"But it's just fantastic to see the smiles on their faces around that dressing room tonight."

NSW captain Moises Henriques was pleased with the way his side responded, given most of them had played with Hughes for years, and said they didn't really know how the game would go when they took the field initially.

He said: "It was a strange feeling because at the start of this game no one knew what to expect. A few of us played club cricket on Saturday and struggled to get up for the game and into the contest.