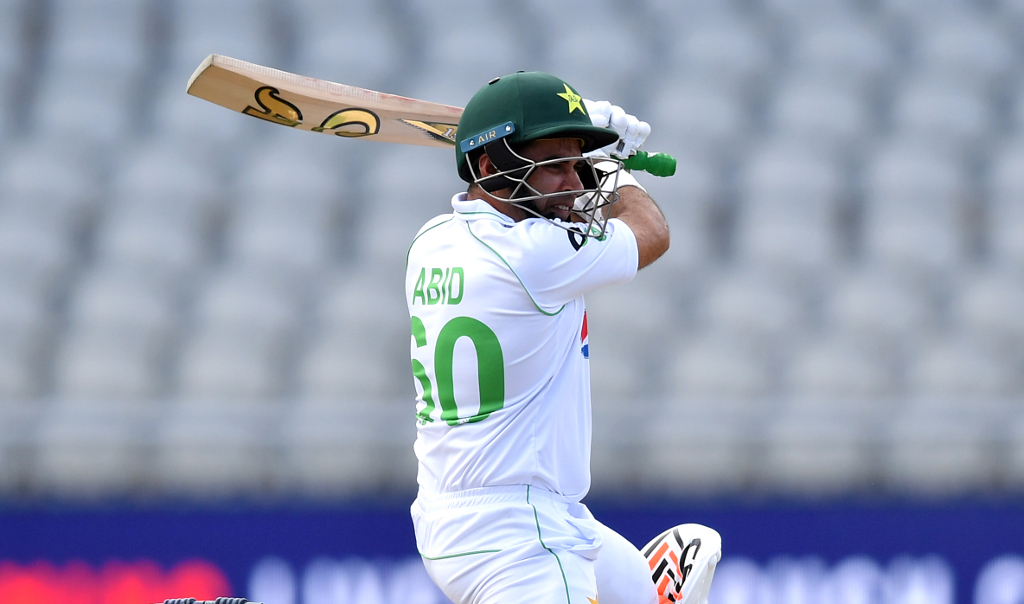 Pakistan opener Abid Ali missed out on twin centuries in the first Test against Bangladesh, but nevertheless steered the side to a comfortable eight-wicket win in Chittagong on Tuesday.

The visitors started the day the final day on 109 without loss and with the target of 202 in sight.

Like in the first innings, Abid and Abdullah Shafique put on another century stand – 151 runs this time around – and were in full control of the situation until Mehidy Hasan struck on the final morning.

Having scored a fine half-century in the first stanza, Shafique was trapped in front by Mehidy (1/59) for 73.

Bangladesh had another wicket to celebrate seven overs later when Taijul Islam (1/89) flummoxed Ali with some sharp turn and got him leg-before as well, to make the score 171/2.

Stalwart Azhar Ali and captain Babar Azam then guided the visitors to victory, with the former finishing on 24 and the latter on 13 not out.

Despite the 44-run deficit, Pakistan quickly gained the upper hand in the match and the hosts were dismissed for 157 in their second innings, with Shaheen Afridi (5/32) the chief destroyer.

The second Test starts in Dhaka on Saturday.