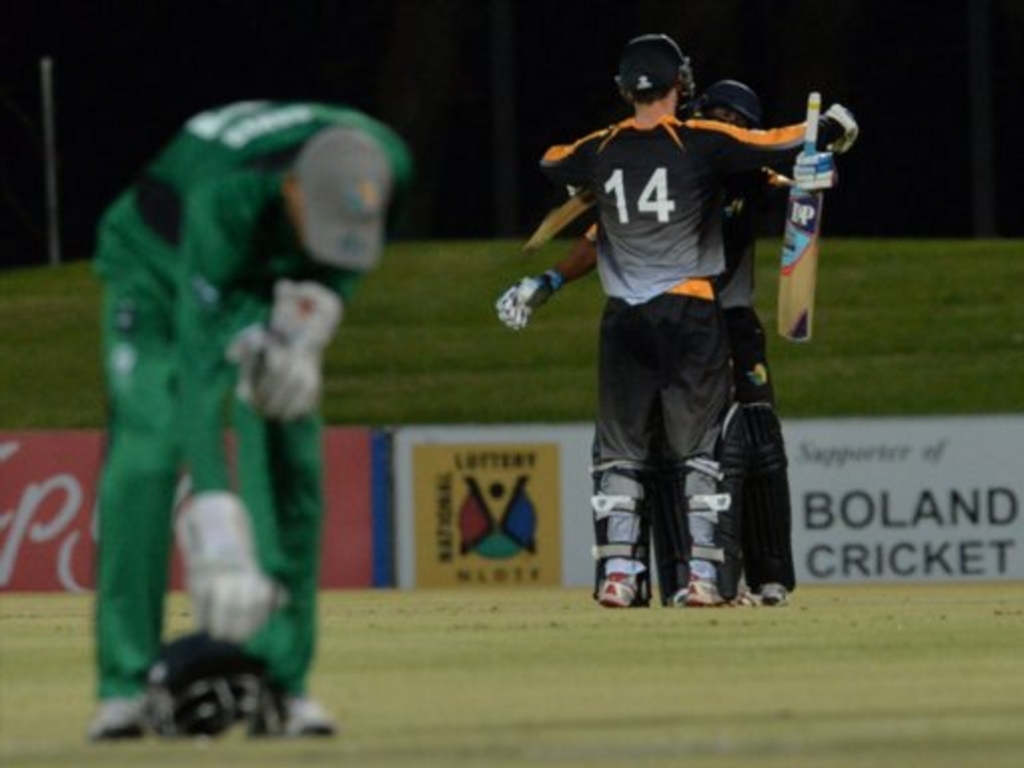 Ferisco Adams played the cameo innings of his life to get Boland across the line with two balls to spare for a four-wicket victory over KwaZulu-Natal in the second Pool D match in the Africa T20 Cup at Paarl on Friday.

It brought the curtain down on an excellent first day which produced two victories that went down to the wire with Eastern Province first beating Gauteng by three runs before the home side won their match.

Boland looked to be in a hopeless position when they needed 40 runs off the last three overs. And the position hardly got any better when the equation changed to 32 off the last two overs.

The men who had put KZN in charge were their spinners with captain Keshav Maharaj taking 3/21 and an outstanding newcomer in Smangaliso Nhlebela, also a left-arm spinner, 2/22.

The game changed dramatically in the last two overs on the slow-paced pitch when KZN went back to their quicks and Adams and his partner, Neil Botha, cashed in with 20 runs from the 19th, leaving then with a very gettable 12 off the last 6 balls.

Adams needed only 4 of those balls to finish the match with a career-best 30 off 15 balls (2 fours and a six). He is a very good specialist limited overs bowler but he clearly has ability with the bat which is underlined by the fact that he bats No. 4 for his club.

Botha contributed an unbeaten 20 (7 balls, 2 sixes) to a partnership that realized an unbroken 40 in just 2.2 overs.

Cebo Tsiki made top score of 42 for Boland.

KZN made a bad start when they batted first to be restricted to 36/2 in the power play before Cameron Delport (45) and Sibonelo Makhanya (40) restored the innings with a third-wicket partnership of 50 but they were unable to push on to a big total.

The two first-day winners, Boland and Eastern Province, play one another in the late game on Saturday. The bad news for Boland is that their senior player, Justin Ontong, has had to put stitches put into the webbing of one hand and will not be able to play for the rest of the weekend.