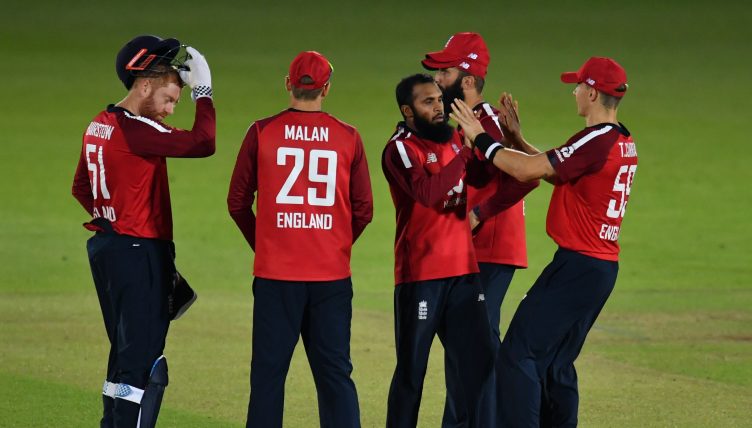 Adil Rashid starred with an exemplary spell of leg-spin as England kept South Africa to 146 for six in the second Twenty20 international in Paarl.

Having chased down 180 in the series opener, the tourists would have been more than happy with their work in the field at Boland Park, keeping the Proteas on a tight leash throughout.

Rashid was both stylish and strict in his four-over allocation, taking two for 23 and allowing just one boundary as he sucked the momentum out of the innings at the crucial moment.

As well as slamming the brakes on after the powerplay his wickets were fine examples of the craft, bowling Reeza Hendricks on the sweep with one that floated through and clipped the top of off and getting the dangerous Faf Du Plessis for 11, stumped with a healthy dose of drift and turn.

The seam contingent of the unchanged England attack was also well tuned to the task, with Jofra Archer allowing only 18 across two stints as well as an exhilarating early dismissal of Temba Bavuma.

The opener had just driven Archer through the covers for four, like Rashid the only one against his name, when he cranked up his speed to 93mph and set his sights on middle stump. Bavuma took it on with a crooked bat and was sent packing leaving his woodwork splayed.

Captain Quinton De Kock offered some resistance in the opening stages, ramping Sam Curran for four and six as the fourth over shipped 17.

George Linde hit a rapid 29 as he and Rassie Van Der Dussen added 44 for the sixth wicket, but was run out by Ben Stokes after being sucked in by an initial fumble.