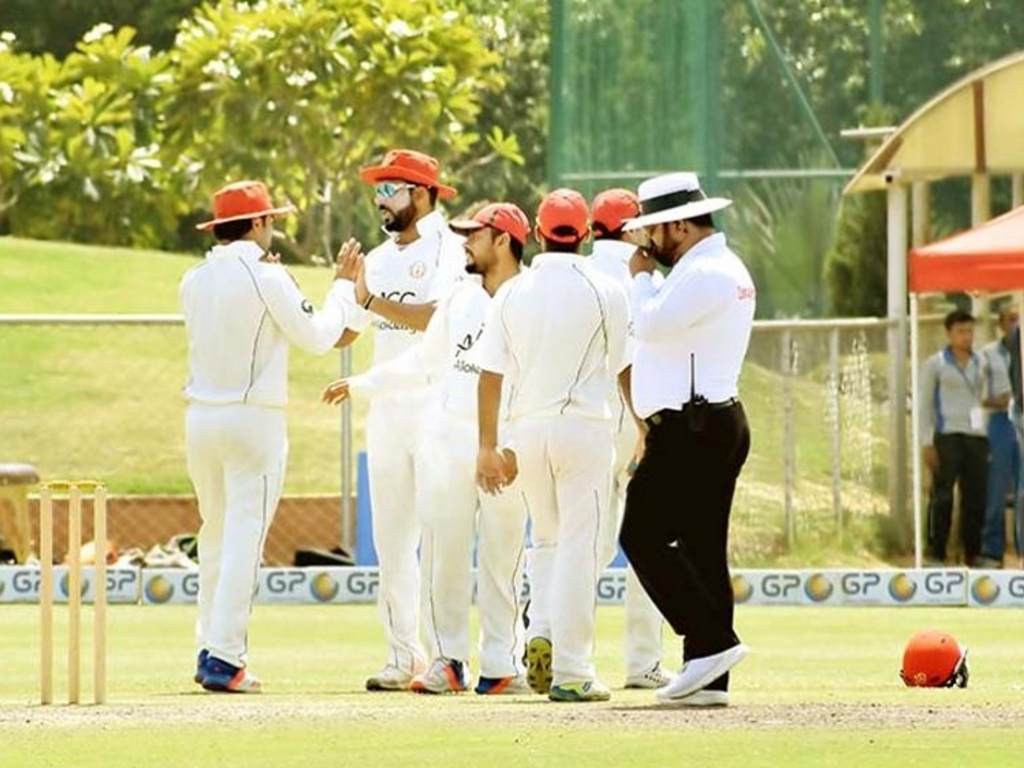 Afghanistan’s Dawlat Zadran and Mohammad Nabi have received official warnings for breaching the ICC Code of Conduct in separate incidents during the ICC Intercontinental Cup match against Ireland, which ended in Greater Noida last week.

Dawlat was found to have violated Article 2.2.8 of the ICC Code of Conduct for Players and Player Support Personnel, which relates to “throwing a ball (or any other item of cricket equipment such as a water bottle) at or near a Player, Player Support Personnel, Umpire, Match Referee or any other third person in an inappropriate and/or dangerous manner during an International Match”, while Nabi was found guilty of breaching Article 2.1.1, which deals with “conduct that is contrary to the spirit of the game”.

The incident involving Dawlat happened on Thursday morning in Ireland’s 89th over of the first innings when he collected the ball in his follow-through and threw it back at Peter Chase, hitting the No.11 batsman on his leg when he was standing in his crease and not attempting a run.

The incident featuring Nabi happened on Wednesday during the 21st over of Ireland’s first innings when the player appealed and celebrated a catch off the bowling off Dawlat after he had clearly dropped the catch. His action was seen as deliberately trying to mislead the umpire and, therefore, he was charged.

Both Dawlat and Nabi admitted the offences and accepted the sanctions proposed by Graeme La Brooy of the ICC Regional Referees Panel, and, as such, there was no need for formal hearings.