Afghanistan scrape past Ireland in Stormont 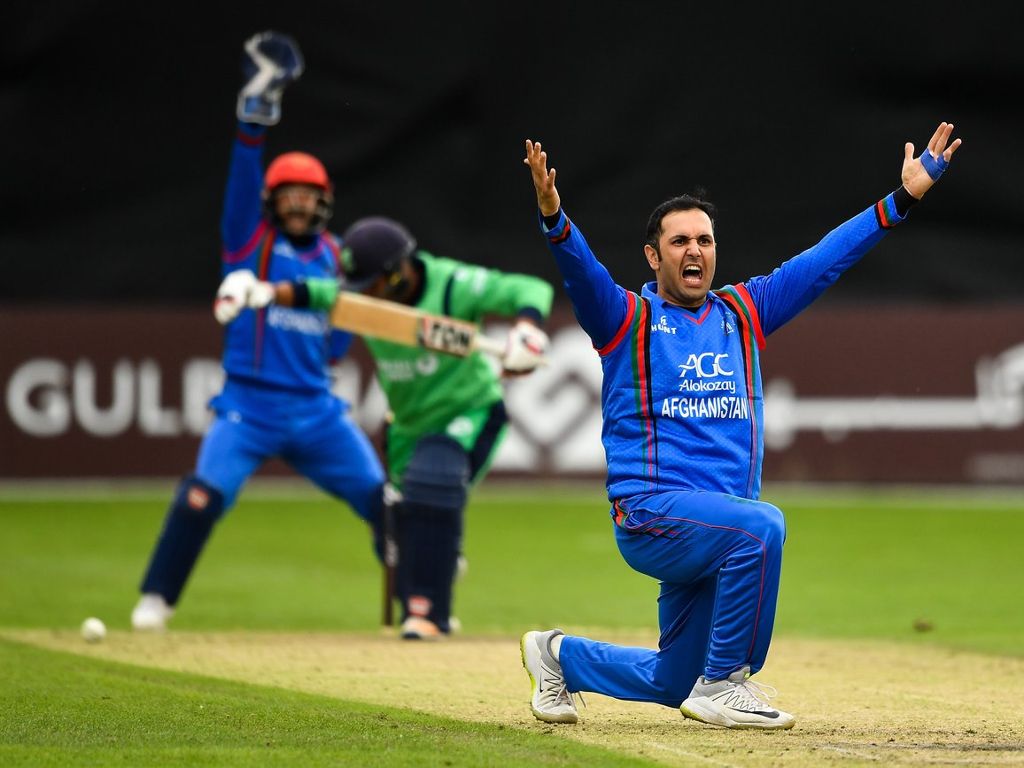 Afghanistan continued their unbeaten streak against Ireland after sweeping the T20Is, but they were made to work harder in the ODI format.

The pattern through the T20Is had been for the Afghans to bat first, bat big through their top order, and then rely on their spinners to run through Ireland. But on a slow and seaming pitch they had to find a Plan B.

That they still found success when conditions weren’t helpful was encouraging.

They first had to negotiate a pair of excellent new-ball spells from Tim Murtagh and Boyd Rankin. The former no longer plays T20s, so was perhaps unfamiliar to the touring side, and he has been in excellent form for Middlesex in red-ball cricket. The conditions allowed him to stick to a game-plan similar to the one he would employ in the longer form, bowling on a length or just short, and it paid huge rewards as he claimed magnificent figures of 4/34.

The manner of the dismissals he won told of his method and the stickiness of the pitch, with all four batsman playing too early, three lobbing leading edges and one driving uppishly to extra cover. But it was Boyd Rankin, who also bowled excellently, who claimed the prized wicket of young Hazratullah Zazai. 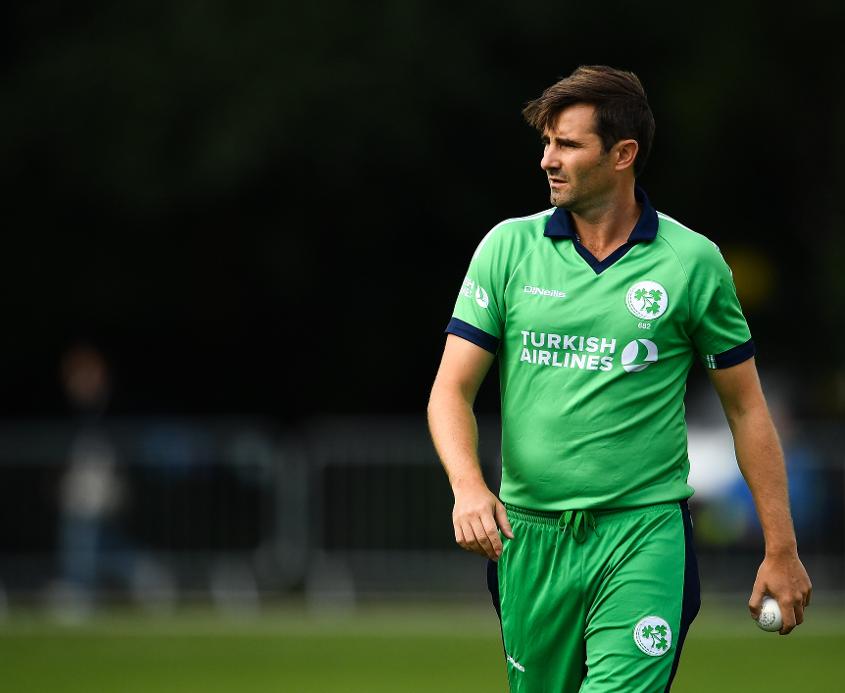 Fresh off consecutive 70-plus scores in the T20Is, the left-hander had looked to be in the same scintillating form, striking a four and a six in his first eight balls, but he was cramped for room by a good short ball, and could only succeed in popping a catch into the infield. Murtagh then removed Ihsanullah for a sedate 24-ball nine. His role is to provide the bedrock, but today he couldn’t find the necessary strike rotation and the dismissal, chipping back to the bowler, was more than a little tame.

From 25/2 Afghanistan recovered thanks to the two most significant partnerships of the day, and Gulbadin Naib was part of both of them. His 64, occupying 98 balls and more than two hours and containing just six boundaries, might not have been the prettiest of innings, but it was vital for getting Afghanistan to a par total. Rahmat Shah first gave him belligerent support with a run-a-ball 29 while Hashmatullah Shahidi mirrored Naib’s approach, and if anything out-stonewalled him, managing just three fours. 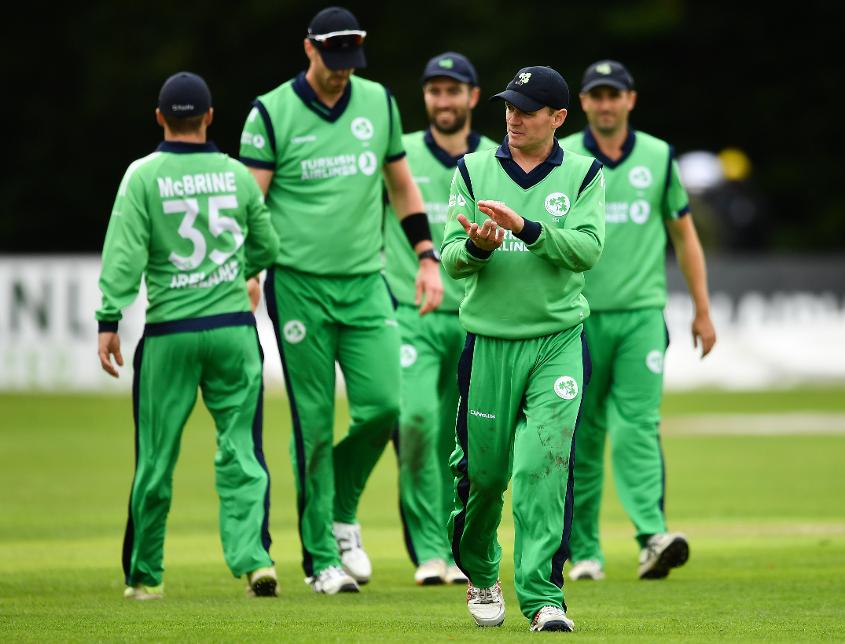 Between the three of them they pulled Afghanistan to 154/3 after 35 overs, and they might have had hopes of reaching somewhere near 300. But after dismissing Naib, Ireland rallied. For the next seven overs, they didn’t concede a single boundary. And then when they did, Asghar Afghan striking a four and a six off consecutive balls, they struck back straight away, dismissing Afghan from the next ball after that pair, and then claiming two more scalps the over after.

From then, it was about batting out the overs, and though Afghanistan did so, Ireland will have been happy to restrict them to their eventual 227/9. The total was about par, and the game set up intriguingly. The chase, scrappy and closely contested, didn’t disappoint, but in the end, Ireland couldn’t put together that one big partnership they needed. They will also conclude that though it’s promising that all their top-eight batsman made it into double figures, too many threw away solid starts. 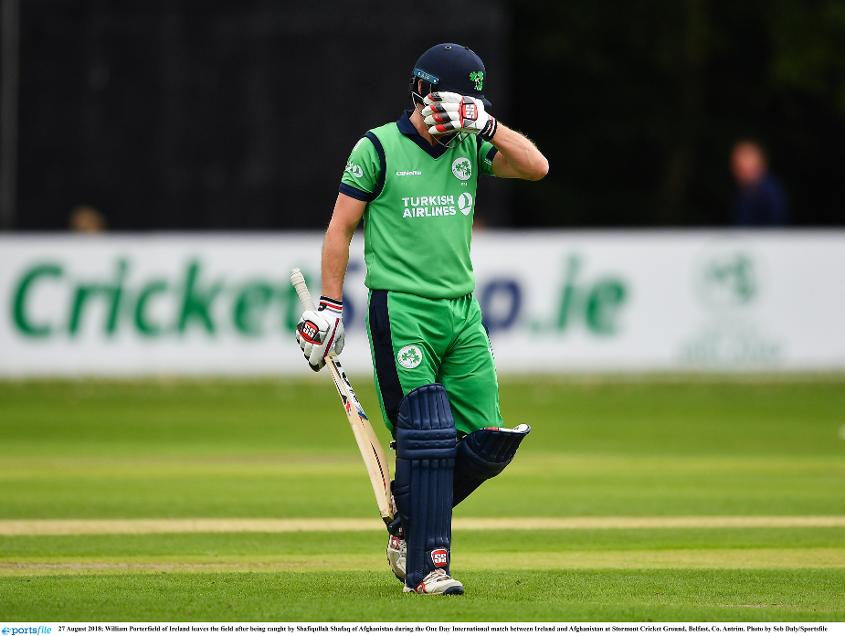 Both opening batsmen, captain William Porterfield and Paul Stirling, fell to half-hearted flashes outside the off-stump, the O’Brien brothers each fell to reckless run-outs. Simi Singh at No. 4 was relatively blameless, bowled by the gate by one which gripped from Mohammad Nabi, while perhaps the most frustrating wicket-throwing-away came via Andrew Balbirnie, who swept straight to short fine leg. His fury with himself was clear as he was walking off.

The disappointment with the shot was made all the greater by how Balbirnie had played up until that point in registering a half-century. Thought of as Ireland’s great batting hope, he often looks a player of international quality without having the scores to match. This innings was similar, but had felt different because of how he had seemed to be putting the team first, battling through 82 balls of hard slog and scoring just six boundaries.4 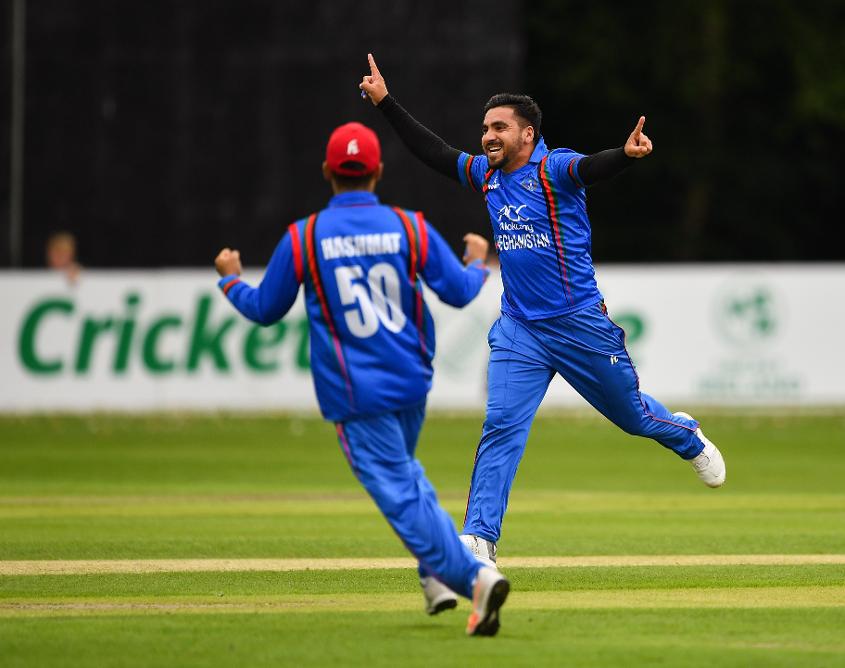 His dismissal came with the game delicately poised and tilted the game in Afghanistan’s favour. Ireland were 130/5, and though they battled hard and still just about remained in contention, they struggled to find any late acceleration – they only found the boundary once between Balbirnie’s dismissal and the end of the game.

Afghanistan deserve credit for their fielding performance. They fought for every run, barely bowled a loose delivery, and backed each other up superbly. Rashid Khan and Mujeeb Ur Rahman were both excellent, but for once they weren’t pivotal. Aftab Alam, who claimed 2/34 with his wily seamers, and the evergreen Nabi, were just as important.

There was encouragement for both teams. Ireland weren’t blown away, while Afghanistan found a way to win while not at their best. The teams meet again on Wednesday 29 August, when Ireland will look to level the series and Afghanistan will look to seal it.