Afridi to retire from ODIs 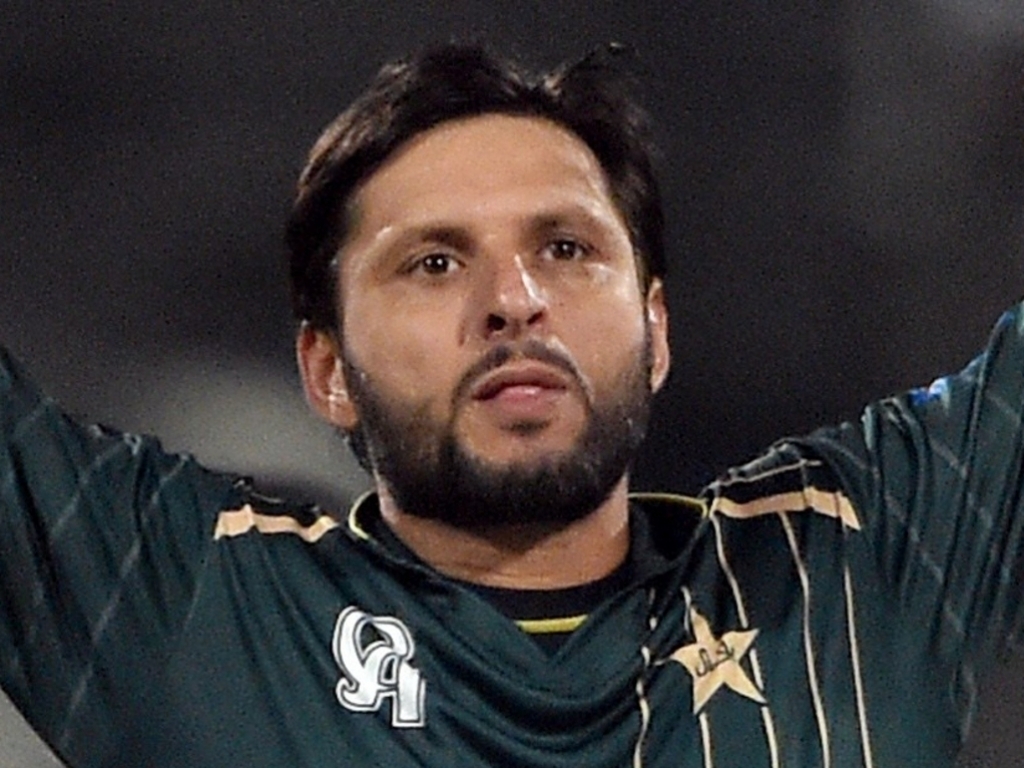 Pakistan all-rounder Shahid Afridi will retire from one-day international cricket after the World Cup in Australia and New Zealand next year.

Afridi told team management of his decision during the recent one-day series against New Zealand in the United Arab Emirates which Pakistan lost 3-2.

Afridi led Pakistan in the last three ODIs against the Kiwis after regular captain Misbah-ul-Haq injured the hamstring during the second one-day international.

"I want to retire from one-day cricket on a high and I think World Cup is the best stage to do so," Afridi told reporters in the southern port city of Karachi on Sunday.

However, the 34-year-old Afridi will still play Twenty20s and plans to lead Pakistan in the shortest format of the game until at least the 2016 World Twenty20 in India.

Afridi made his ODI debut in 1996 and hit a 37-ball century against Sri Lanka in only his second ODI which was the fastest limited-overs ton for more than 17 years before New Zealand's Corey Anderson broke it in January 2014.

"I am happy about my achievements and records but the only regret I have is losing fastest ODI century record," Afridi said in a tweet.

Afridi quit test matches in 2010 after playing in 27 tests, scoring 1,1716 runs and taking 48 wickets. He led Pakistan in the 2011 World Cup before losing to eventual champion India in the semifinals.

Afridi, popularly known as 'Boom Boom' for his hard hitting, holds the world record of 342 sixes in one-day internationals in 389 matches. He has scored 7,870 runs at better than run-a-ball strike rate of 116.29 with an average of 23.49.

With his legspin bowling, Afridi has taken 391 wickets at an average of 33.89 and is at No. 6 in the list of all time ODI wicket-takers.

"My journey has seen many ups and downs but I am feeling satisfied that I am leaving on my own terms," Afridi said in another tweet.

In recent times Afridi is the second leading Pakistani cricketer who has announced his retirement, after fast bowler Shoaib Akhtar quit during the 2011 World Cup in Sri Lanka.

Afridi said it was hard decision to quit ODI, but will make way for many other talented cricketers to come and play for the country.