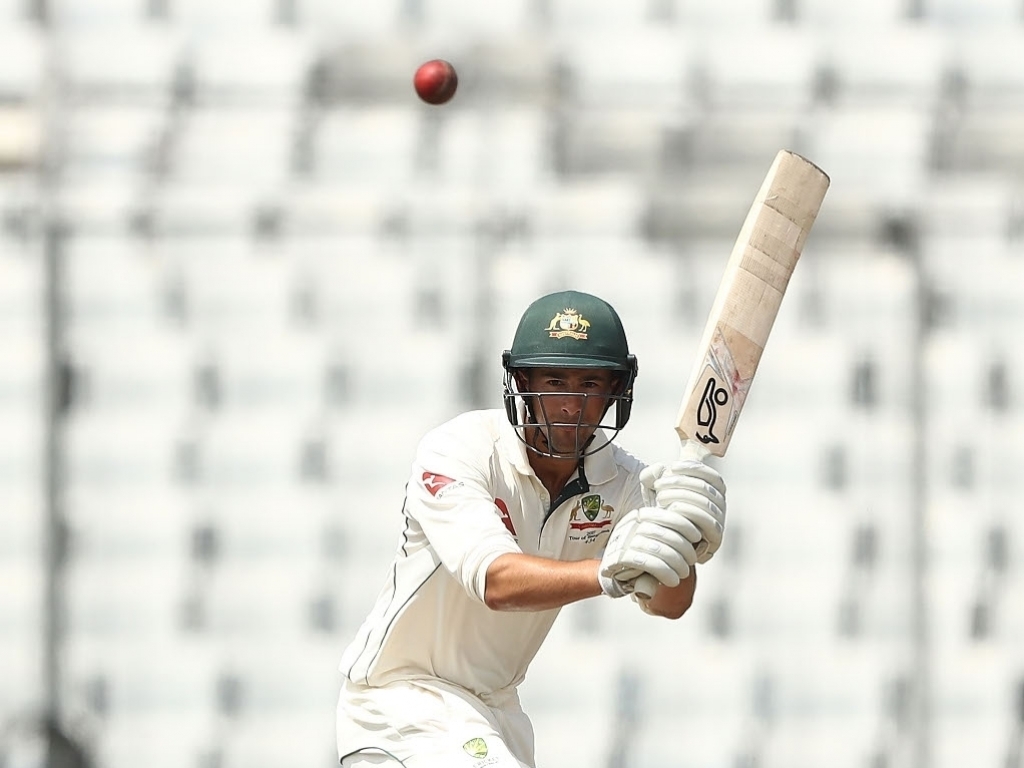 Australia allrounder Ashton Agar put his success in Australia’s first innings of the first Test against Bangladesh down to doing the basics correctly and keeping things simple.

Agar made 41 not out after being lucky to get away with a rush of blood to the head off the first ball he faced.

The left-hander charged down the wicket missing the ball but was fortunate that wicketkeeper Mushfiqur Rahim was unable to reach it as well.

Australia were eventually bowled out for 217 trailing Bangladesh by 43 runs but it could have been a whole lot worse with Agar coming to the crease at 124/7.

Speaking after play on day two Agar said: “After my first ball, which I had a bit of luck on, I thought I might as well make them pay, and spend some time out there.

“[The plan was] pretty much just watch the ball and try and make good decisions. Hit mostly with the spin. They bowled quite well to their credit, the spinners were quite tough at times and you just had to wait for a bad ball and something to capitalise on.

“It’s going to get harder and harder to bat on. The Bangladesh spinners were very accurate for a long time, and they got their reward. Shakib got five wickets and bowled quite nicely and Mehidy [Hasan Miraz] bowled quite nicely as well. It’s hard to hit when you hit a good length, it’s really tough to score, sometimes you have to take a risk and that’s often when they get the wicket. It is going to get a bit tougher.”

Agar made a concerted effort to avoid being out leg before, playing with his bat well in front of his pad.

Of this he said:  “We talk a lot about that.

“We say ‘don’t get beaten on the inside edge of the bat.’ When the ball spins, it generally spins a long way and it’s not too often you’re going to get bowled on the outside edge because the ball spins too far.

“So if you cover the inside edge, make sure you don’t get hit on the pad, that’s when you’re pretty safe. It is hard to do but you have to have good focus when you’re out there.”

Agar also took the only wicket to fall so far in Bangladesh’s second innings as the Tigers moved to 45/1 taking their lead out to 88 runs.