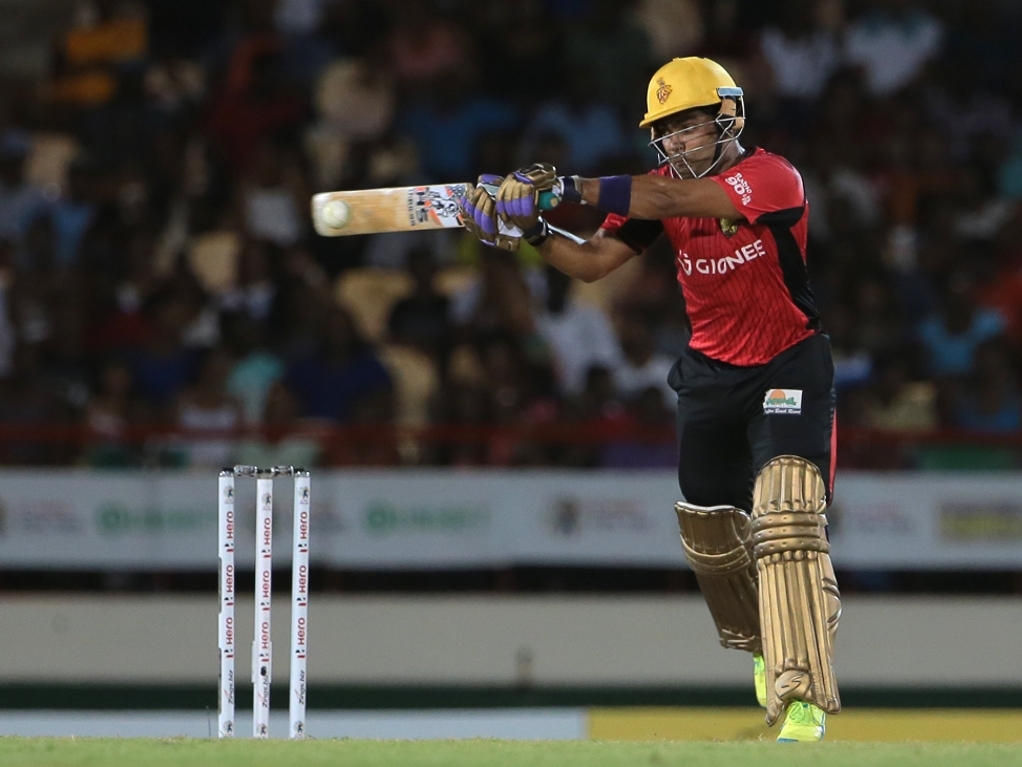 The St Lucia Zouks missed out on making it four wins out of four in the Caribbean Premier League (CPL) against the Trinbago Knight Riders, having looked all but assured of victory.

A brilliant half century from Umar Akmal saw his team home against an in-form Zouks team to keep TKR in the hunt for a knockout spot.

Darren Sammy top scored for the Zouks as he continued to dominate the matches played in a stadium named after him, but it wasn't enough for him to keep a perfect record at the ground as Akmal won this game virtually on his own.

Brendon McCullum and William Perkins got the chase of 168 for victory underway for the Knight Riders, but both fell inside the Powerplay. McCullum miscuing a drive off Jerome Taylor and Perkins failing to spot a Kyle Mayers slower ball and offering an easy catch.

There was a recovery of sorts courtesy of New Zealander, Colin Munro, but he rode his luck and was gone for just 21. He was nearly run out and was dropped by Fletcher before another run out opportunity was taken by Sammy – a direct hit finding Munro short of his ground.

When Denesh Ramdin went in the same over for four, it meant there were two batsmen at the crease who were yet to get off the mark, after three wickets fell for 11 runs in the space of 12 balls.

Umar Akmal had other ideas as he swung manfully on his way to 73 (35). His partnership with Anton Devcich brought the Knight Riders back into the match and when Devcich went Akmal was well supported by Sunil Narine as they reached their victory target with six balls to spare.

It was a very sloppy start from the Knight Riders, when the Zouks’ batted. They should have dismissed Johnson Charles twice inside the Powerplay.

First while on just one when he top edged a ball that three fielders converged on and none of them claimed, then Charles was out off the bowling of Devcich, brilliantly caught by Dwayne Bravo, but the bowler had overstepped and he was reprieved.

When the Knight Riders did take a wicket it was through some good fortune. Andre Fletcher was coming back for a second run and dove into the crease and made his ground. Unfortunately for Fletcher his bat bounced up as it passed the crease and nothing was behind the line when the bails were removed by Devcich.

Hussey also benefited from a drop when Devcich failed to cling on to a sharp chance, but he didn't last long. He holed out at long off trying to hit Kevon Cooper over long off only to find the fielder.

There was no sustained period of run scoring by the Zouks through the middle overs of their innings as the Trinbago bowlers kept things tight.

It wasn't until the final three overs that they started to find the boundary which helped them reach 167-6, aided by yet another drop – the fourth in the innings, this time by Umar Akmal.

It was that man Sammy that got the Zouks to a competitive today with 37 (18). He has made 96 runs in his three innings at the Darren Sammy Cricket Ground at a strike rate of 174, but thanks to Akmal it wasn’t enough.