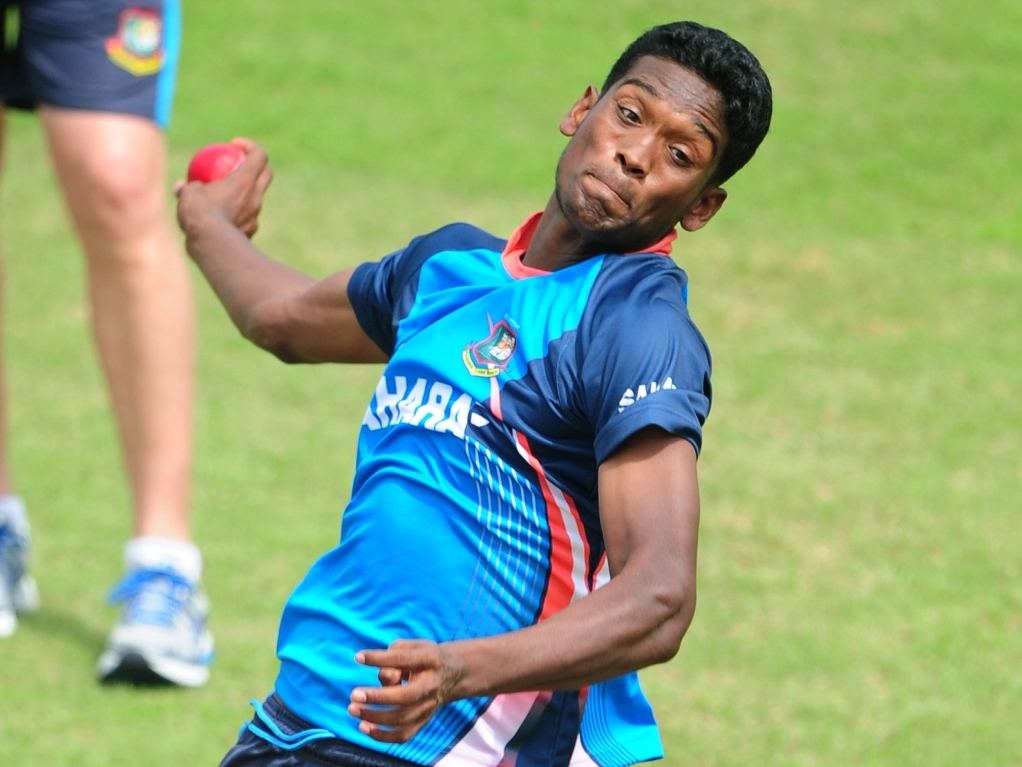 Bangladesh have one less worry regarding their bowling attack, after news came through that fast bowler Al-Amin Hossain had been cleared of illegal bowling after his action was tested by the ICC.

Al-Amin had been reported during the first Test against the West Indies in September, but testing in Chennai has revealed that his action was fine. The Tiger are without spinner Sohag Gazi though, who was not as lucky.

The ICC statement read: "Al-Amin Hossain had been found to be legal following an independent test, and that the player can, therefore, continue to bowl in international cricket.

"During a comprehensive analysis it was revealed that the amount of elbow extension in Al-Amin's bowling action for all deliveries was within the 15-degree level of tolerance permitted under the ICC regulations."