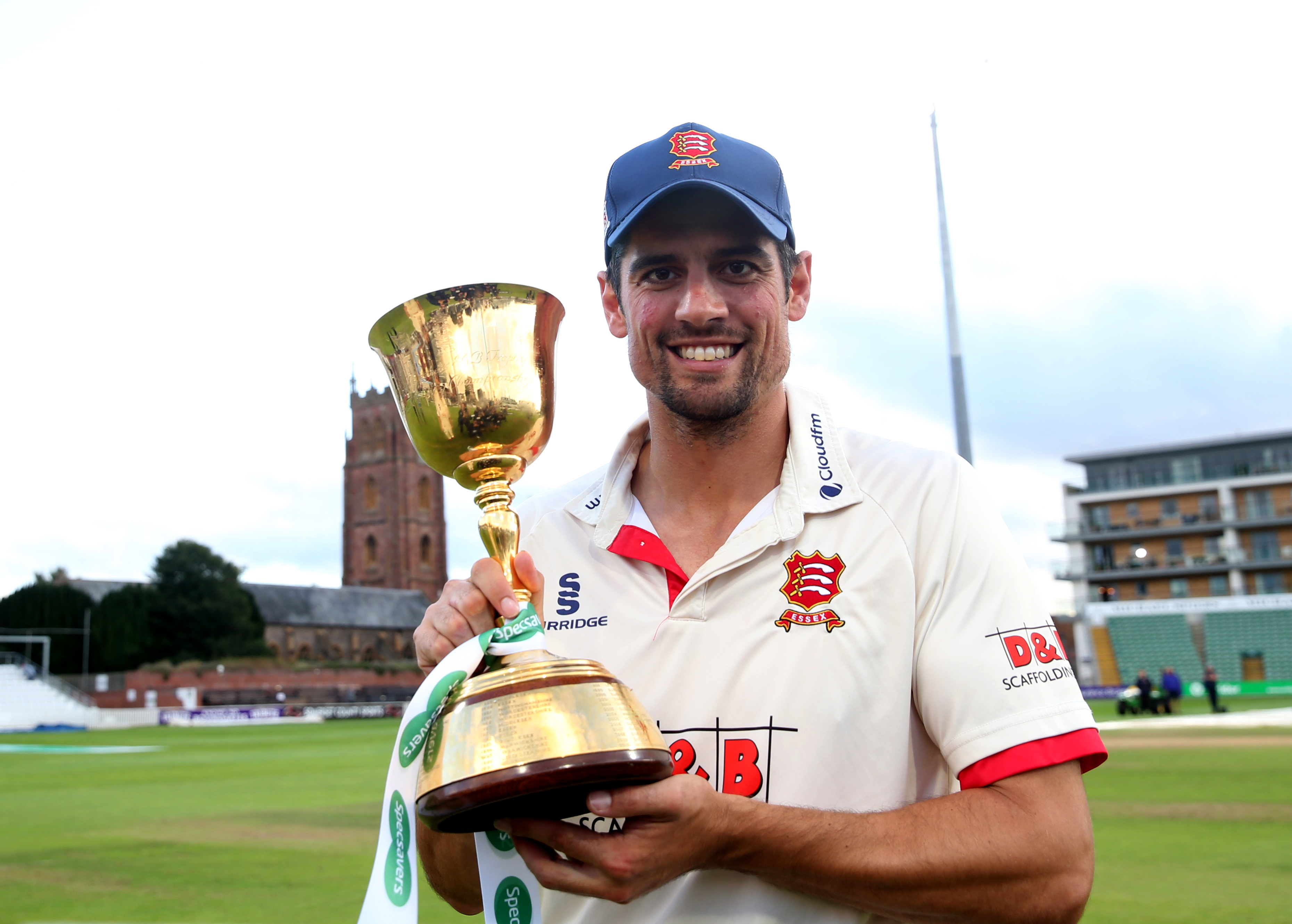 Former England captain Alastair Cook says he would rather the County Championship was not played at all this season rather than attempting to hold a dramatically condensed campaign.

The England and Wales Cricket Board have made the decision that no professional cricket will be played before May 28 due to the coronavirus pandemic.

That means that the County Championship season, which was due to begin on April 12, faces a lengthy delay and raises questions over how the schedule will look should the season begin later in the year.

Tom Harrison, chief executive officer at the ECB, has said that the “most financially important forms of the game” will be prioritised, with the T20 Blast and the inaugural season of The Hundred the most likely competitions to be retained in a slimmed-down schedule.

That puts the Royal London One-Day Cup and the County Championship in doubt and Cook, who won the Division One title with Essex last season, believes a shortened season would lose value.

“In this year, over the next six months, the bigger picture is the most important,” Cook told BBC Radio 5 Live.

“Whatever happens, if we do play any sort of cricket which hopefully we will, what I hope is that they don’t try and have a six-game County Championship or something like that.

“I would rather have one or two full tournaments, because if you do then play that tournament or two tournaments it is so much more rewarding to win it.

“If there is not time for a meaningful County Championship, say (you can only play) three or four games, there is probably not much sense us having it.

“I would rather concentrate on two full tournaments rather than saying we have four tournaments that we need to play, let’s get them all in even if we have to shorten them.

“I think you would rather have two tournaments played full length so that the there is meaningful cricket at the end of it.”

The 35-year-old Cook, England’s record runscorer of all time, is set to be part of the Essex squad again this season as they bid to retain their Division One and T20 Blast trophies.

But he admits that the squad are simply having to play a waiting game to see if and when the season might get up and running.

“We just don’t know do we and as an Essex squad we are just doing what everyone else is doing,” Cook added.

“We are just waiting to see when we are allowed back into the county ground, when we are able to meet up again and hit balls as a group. Up until that time we just have to sit and wait.”