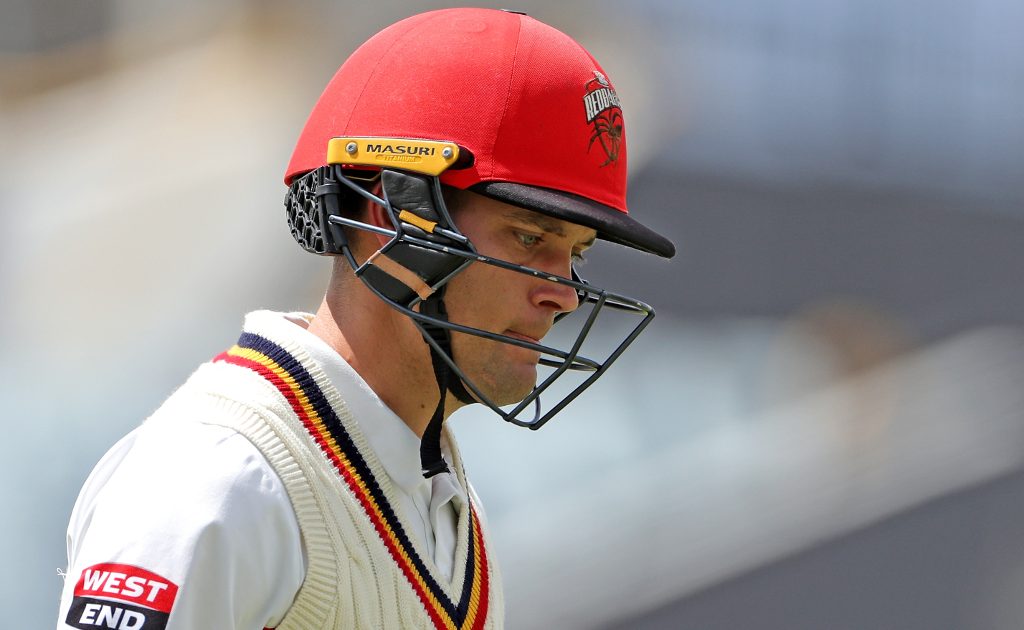 Alex Carey is set to be named as Australia’s wicketkeeper for the first Ashes Test against England at the Gabba.

Carey and Josh Inglis have been the favourites to replace Tim Paine with the gloves against Australia’s old rivals.

This after Paine stepped down as captain of the side earlier this month for his involvement in a sexting scandal with an ex-colleague.

Paine subsequently said he will be taking a break from all forms of cricket and will, subsequently, not be available for selection for the home Ashes series.

Whilst Paine and Inglis have been locked in a selection showdown in recent weeks, Inglis has since been released from quarantine and have returned home to Perth.

He will be joined by fellow T20 World Cup squad members Mitch Marsh and Ashton Agar, who have also flown out of Queensland.

Carey has represented Australia in 83 limited-overs matches, and captained Australia A during the 2020/21 season.

He has also led Australia’s one-day side this year, and has been earmarked as a possible future captain by coach Justin Langer.

Carey has also previously kept wicket to Australia’s fast bowlers Mitchell Starc, Josh Hazlewood and Pat Cummins, which might be a contributing factor for the selections.

Inglis, meanwhile, has had a rapid rise through the ranks in Australian domestic cricket and was touted by former skipper Ricky Ponting as an able replacement behind the wickets.

Further clues of what the Australia side for the first Test might look like might have been found during the intra-squad match that was scheduled to start on Wednesday.

But with wet weather expected in the area, a centre-wicket session rather than a tune-up fixture is expected, and no sides will be named for the ‘match’.

The first Test against the visiting England side starts on December 8 in Brisbane.