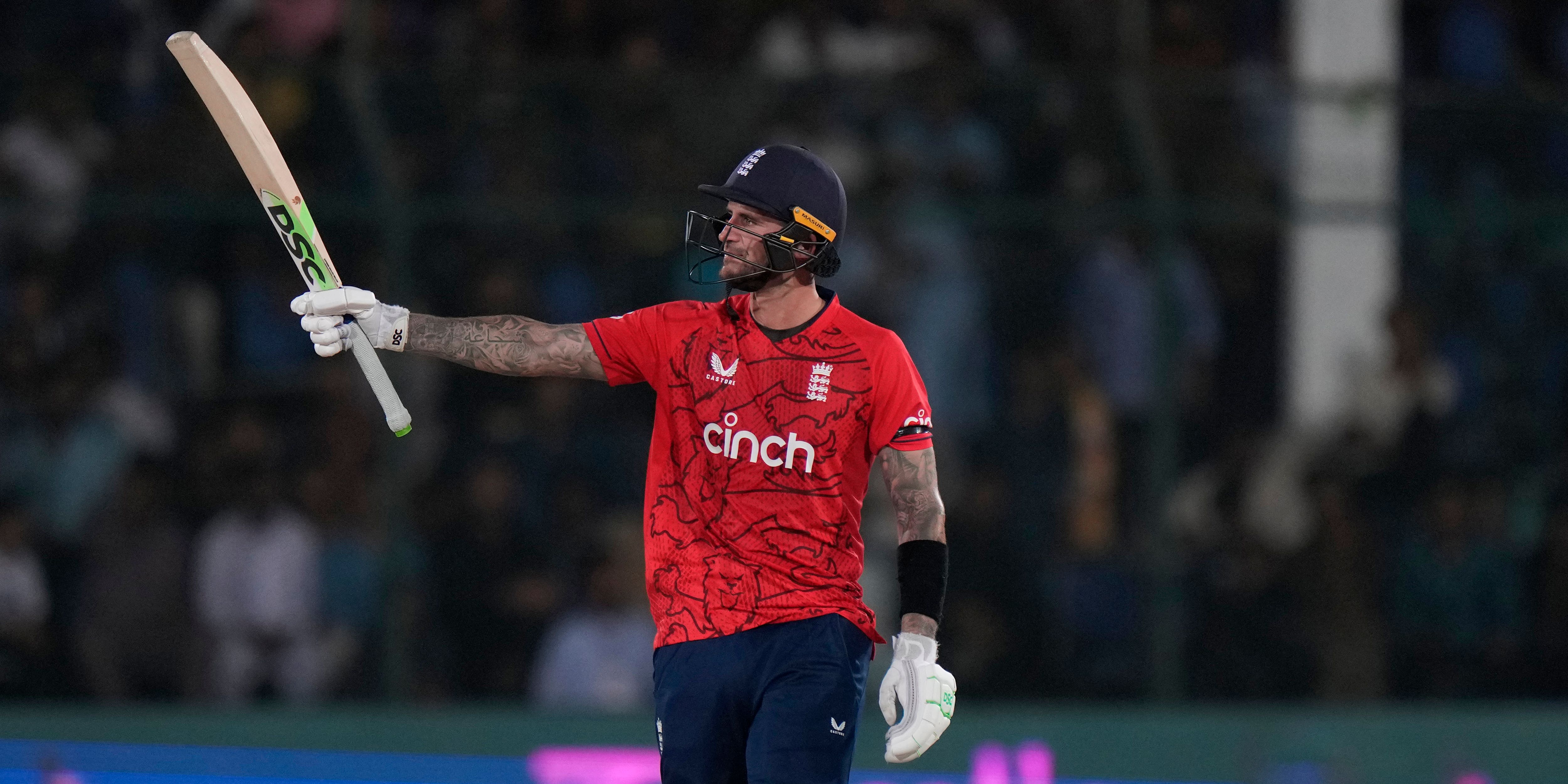 Alex Hales admitted his return to England colours felt more like a debut than a comeback as his half-century helped secure victory on a historic occasion in Karachi.

Hales might have been waiting a long time to wear the Three Lions again, but his three-and-a-half year absence only scratches the surface of the 17 years since England last took the field on Pakistani soil.

But the 33-year-old’s removal could well have been permanent had it not been for a sequence of unconnected events. The first and most decisive was the retirement of former captain Eoin Morgan, who effectively blackballed Hales’ name citing a loss of trust following a failed recreational drugs test.

With the barrier removed, he needed a place to open up, with Jason Roy’s dramatic loss of form and Jonny Bairstow’s freak injury on the golf course obliging.

Handed his unexpected shot at redemption in this seven-match T20 series, and the World Cup which follows next month in Australia, he helped himself to 53 in 40 balls to guide his team to a six-wicket success.

“It was a very special feeling to be back on the park for England,” he said. “Three years felt like forever. To go out and score 50 in my return in a winning team is the stuff dreams are made of.

“It is a nice feeling. Guys said in the past it was never down to cricket, missing the three years, that was never in doubt. But there was always nerves and pressure coming back after three years having not played. It felt like a debut again, so it was a very special night.

“It just feels like a dream come true to contribute with a half-century in a winning team in a country where I have a lot of good, special memories feels fantastic.”

Hales denied that the raw emotion of pulling on the England shirt had inspired his performance in the middle, insisting the skill of the home attack kept him trained on the job at hand.

But he did concede an extra layer of significance given his previous experiences of playing in the Pakistan Super League – one of the franchise competitions that have helped him build the case for his recall in recent years.

“You can’t (allow emotion in), you have to focus on winning a game of cricket against a very skilful bowling attack. You’ve got guys bowling at 150kph, so for me it was all about getting over the line,” he said.

“But to score 50 and steer us in the right direction meant a lot. This is a place where I’ve spent a lot of time over the last few years, it’s a place that means a lot to me.

“I’ve played in front of full houses here in Karachi and it’s something different. It’s one of the best atmospheres in world cricket.

“Luke Wood was stood at mid-wicket at the start of the game and said he couldn’t believe the noise and the atmosphere. Karachi put on a show tonight.”

Wood may well have been taken aback by the occasion on his international debut, but his performance did not betray any nerves.

He took three for 24, exploding Mohammad Nawaz’s off stump to open his account in style and then adding two more in a controlled spell at the death.

“Luke Wood was outstanding,” said Moeen Ali, standing in as captain for the injured Jos Buttler.

“On his debut to run in and bowl like that…he stuck his chest out and was fantastic.”