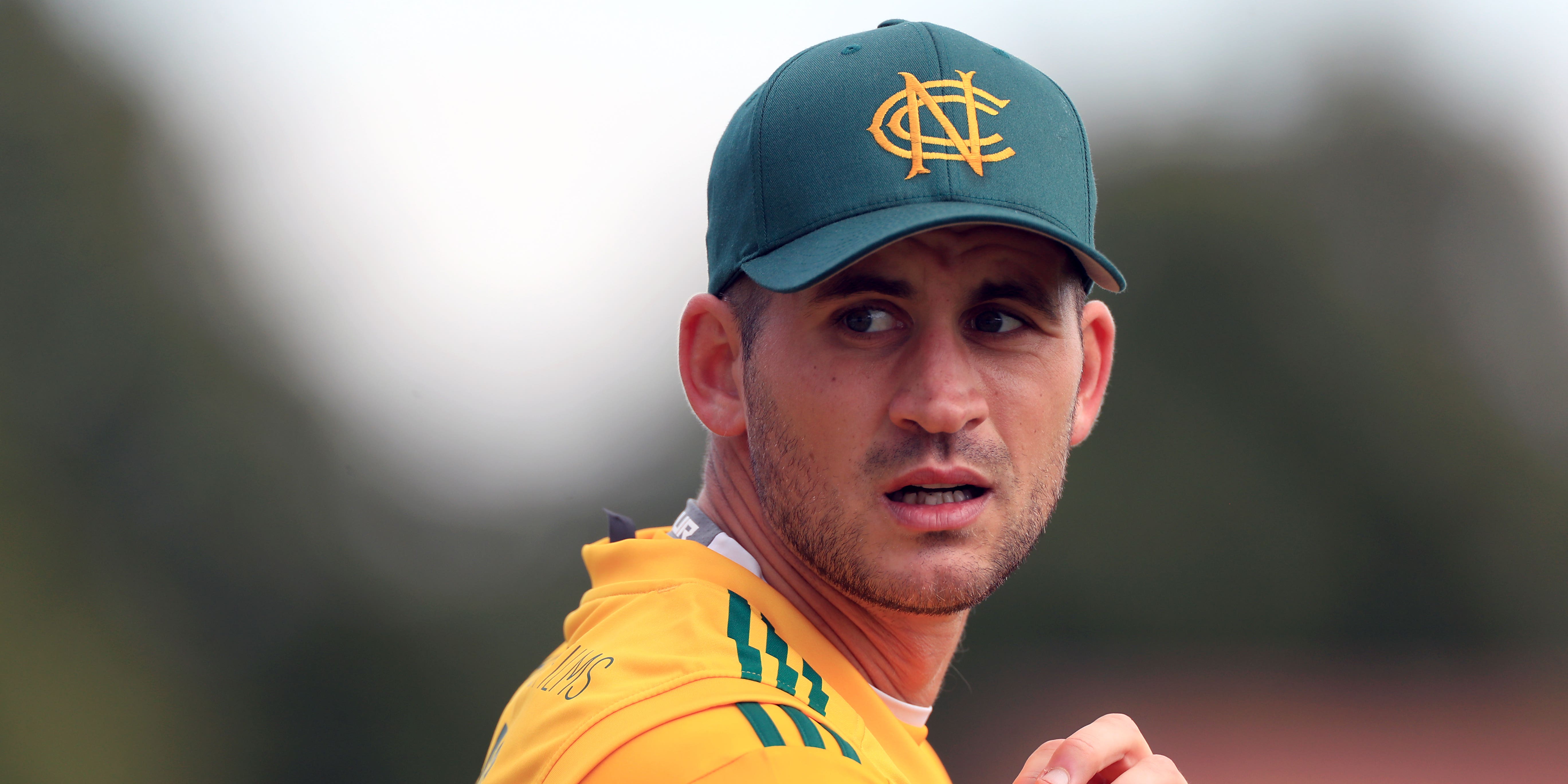 Alex Hales was once again conspicuous by his absence as England named a replacement squad for their Royal London one-day international series against Pakistan after the original group was rocked by a Covid-19 outbreak.

Hales has been in the international wilderness since being discarded on the eve of the 2019 World Cup following a positive recreational drugs test, but he remains one of the brightest and most consistent limited-overs talents.

The opening batsman topped the run-charts in Australia’s Big Bash League last winter while, in the ongoing Vitality Blast, the 32-year-old is averaging 47.75, at a whopping strike-rate of 172.07, in 11 matches with Nottinghamshire.

With the England and Wales Cricket Board revealing on Tuesday morning seven unnamed personnel – three players and four backroom staff – had tested positive for coronavirus, and the rest of the party isolating after being identified as close contacts, there was speculation Hales would be offered an unlikely route back into the side.

But after he was overlooked in a new 18-strong crew, featuring nine players uncapped at ODI level, 2005 Ashes-winning captain Michael Vaughan speculated on Twitter that this was “the end of (Hales’) international career”.

Limited overs captain Eoin Morgan has previously referenced a “breakdown in trust”, but Ashley Giles, ECB managing director of men’s cricket, refused to be drawn on what Hales’ latest omission means for his future in the international set-up.

“We did selection late last night,” Giles said of a player who has six centuries in 70 ODIs. “Clearly we have some of the best white-ball batsmen in the world right now, which is fantastic.

“What we’ve never questioned is Alex’s ability. The reason he’s absent from these teams previously is different. They’re not things for us to get into now or over the last 12 hours. So that’s all I’m going to say on it.”

England were wary of rushing back Ben Stokes after surgery on a broken finger, but a unique set of circumstances has led to a rethink and the talismanic all-rounder has been appointed stand-in captain in Morgan’s absence.

He is the only member of the makeshift side with 20 or more ODI appearances but the three fixtures against Pakistan in a series which gets under way at Cardiff on Thursday offers an unforeseen chance for players on the periphery.

Returning to the fold after absences of varying lengths are Craig Overton, Danny Briggs, Jake Ball, Ben Duckett, Saqib Mahmood, Matt Parkinson and James Vince. Dawid Malan, who pulled out of the recent ODI series win over Sri Lanka due to personal reasons, is also back.

“From a performance point of view it’s not our best team, we know that, but it’s exciting for these guys,” Giles added.

“We’ve got a good mix of 30-pluses and some young guys as well. Some of those guys will have thought their chance of playing for England was gone forever. It’s time to look on the positive side of that now.”

Sam Hain, who is yet to feature for England despite a supreme average of 59.78 in List A cricket, was another notable absentee in a squad featuring players from 13 separate counties.

Warwickshire team-mate Briggs is in line for his first international appearance in seven years after being given a recall on a day where Stuart Broad and James Anderson seemed to throw their names into the hat for consideration.

Neither bowler has retired from the white-ball formats but Broad has played just two ODIs since the 2015 World Cup while Anderson – England’s leading 50-over wicket-taker – has been overlooked altogether.

After discovering England’s entire squad was unavailable to face Babar Azam’s side, Broad said on Twitter: “Still got your ODI cap @jimmy9 ?!”, and “It’s still this kit, right?! @jimmy9”, posts which were liked by Anderson, who, perhaps tongue-in-cheek implied he was waiting by the phone for a call-up.

Head coach Chris Silverwood will take charge of England for the series, which after the game at Sophia Gardens heads to Lord’s on Saturday before finishing at Edgbaston next Tuesday, after agreeing to cut short a family break. Silverwood had previously delegated the three matches to assistant Paul Collingwood.

Silverwood will be assisted by Anthony McGrath and Jonathan Trott, who will both oversee the batting, with Alan Richardson taking charge of the pace bowlers and Jeetan Patel leading the spinners.