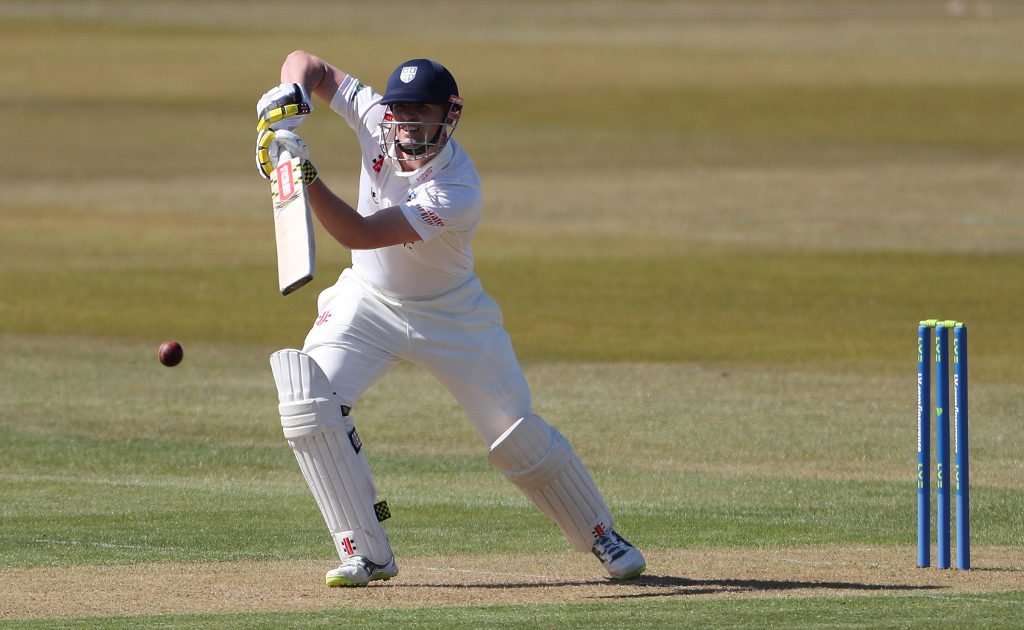 Newcomer Alex Lees gave a solid audition as England’s latest opener, batting through two full sessions for an unbeaten half-century on the first day of the tourists’ Test warm-up match in Antigua.

The uncapped Durham batter has been brought to the West Indies to help solve the longstanding problems at the head of the innings, which were brutally exposed during the 4-0 Ashes defeat, and showed the right kind of resolve to suggest he has a role to play in England’s much-discussed “red-ball reset”.

In a tea score of 153 for one against a Cricket West Indies President’s XI the left-hander was 54 not out, banking four valuable hours in the middle and occupying 174 deliveries along the way.

His new opening partnership with Zak Crawley got off to a promising start, with the latter reeling off a fluent 62 in a stand of 88 and allowing Lees to feel his way into life in an England shirt.

His sedate strike-rate may invite comparisons with Dom Sibley, who was criticised for his lethargic scoring before he was dropped last summer, but the 28-year-old showed off a reassuringly sturdy technique that may yet make him a more viable long-term option than the likes of Sibley, Rory Burns or Haseeb Hameed.

Stiffer challenges await, and there were a handful of lbw appeals that the West Indies Test team will surely review as they seek to locate flaws in his game, but for now Lees has given himself a welcome foundation to work from ahead of next week’s series opener at the Sir Vivian Richards Stadium.

For Joe Root, it was a relaxed return to the number three position and he was able to ease his way to 29no after Crawley was clean bowled through the gate by off-spinner Bryan Charles.

Lees faced up first and dutifully saw off a new-ball burst from Test player Shermon Lewis and left-armer Preston McSween with a well-rehearsed defence. With Crawley unfurling a couple of crisp drives to get the scoreboard ticking, Lees scored a solitary run in his first half-hour as he settled in and banked time at the crease with nothing more than a couple of strangled appeals to concern him.

He finally freed his arms when Colin Archibald offered him some width, punching the ball in front of point for four after 37 deliveries of watching and waiting, and picked up another before settling for an unbeaten 11 at lunch.

It was Crawley who took the game forward, easing into his status as the senior top-order batter. He pierced the infield eight times on his way to a fluent half-century, raising his bat just before the interval.

Crawley was dismissed when he pushed hard at Charles and saw one spin through the gate, but Lees persevered. He had 22 from his first 100 balls but gave an unexpected shot of adrenaline when he lifted the spinner high over long-on for the first six of the day.

He survived a tight shout from Raymon Reifer on 43 but was able to raise his bat when he reached to punish a short, wide freebie from Archibald.