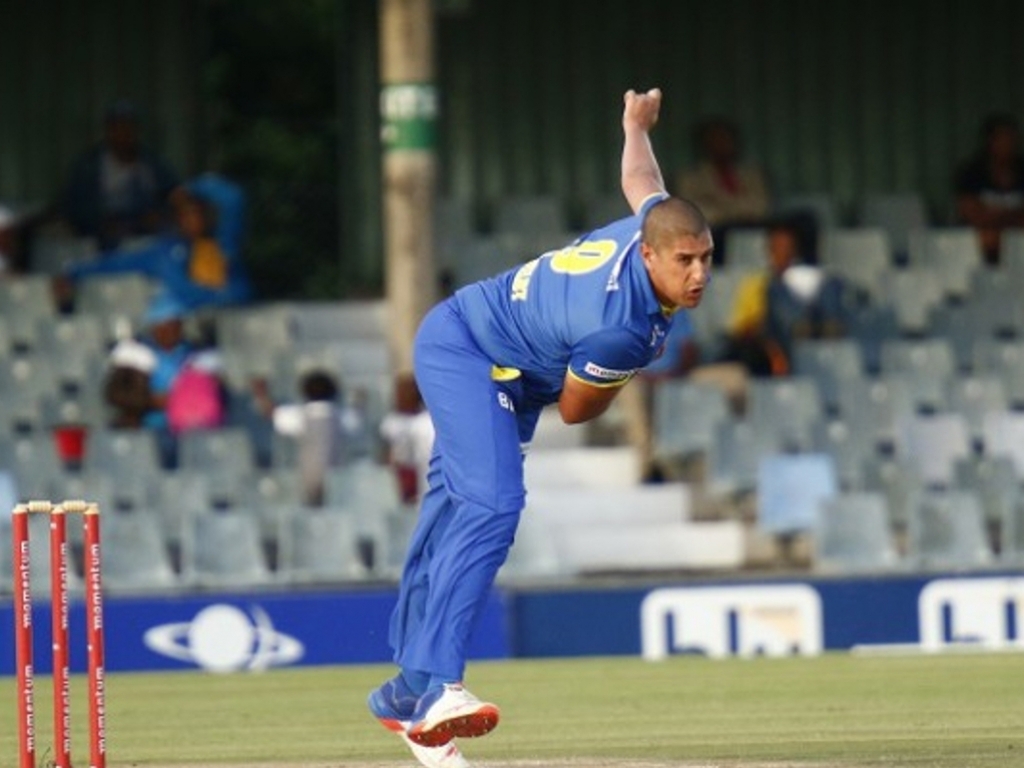 Rory Kleinveldt took four wickets with the ball and then struck vital runs at the death to carry the Cape Cobras to a three-wicket win over the Dolphins in a game that went right down to the wire at the City Oval on Sunday.

Kleinveldt’s 4 for 48 helped the Cobras complete a remarkable turnaround in the field, as the Dolphins fell from 148 for one in the 28th over to a final total of 256 for eight.

He then struck two sixes in a 15-ball 26 not out, helping the visitors get over the line when they at one point needed 28 runs from the final three overs.

The Dolphins were left to wonder how they had failed to win a third straight game, given the start that they made after they won the toss and elected to bat first.

With Morne van Wyk scoring his 22nd List A hundred, he was able to put on 90 for the first wicket with Vaughn van Jaarsveld (54), 58 for the second wicket with Cody Chetty and 75 for the third wicket with Khaya Zondo (33).

However the momentum of the innings was dented by each wicket, and after Zondo and Van Wyk (111) departed in the space of two balls, Kleinveldt went on to pick up three wickets in three overs, ensuring the Dolphins scored just 32 runs in the final six overs.

The Cobras carried that energy into their innings, with Richard Levi giving them the positive start that allowed some breathing space in the middle overs.

The opener struck three sixes in his 35-ball 52, putting on a first-wicket stand of 63 in nine overs with Omphile Ramela before he was dismissed by Robbie Frylinck.

Although Stiaan van Zyl, Justin Ontong (23) and Aviwe Mgijima fell cheaply, Ramela anchored the innings with his 62, before Dane Vilas made a crucial 47 not out.

When Kleinveldt came to the middle, the Cobras still needed 36 from 32 deliveries, and they could only make seven runs from the next two overs from Mthokozisi Shezi and Frylinck (3 for 39).

But Kleinveldt provided the firepower when it was needed, as 18 runs came from the next two overs to leave 10 required off the last.

A four and a six off Shezi saw Kleinveldt finish the game with four balls remaining to give the Cobras two wins from four games in the competition.