Alyssa Healy innings ‘one of the best’ – Heather Knight 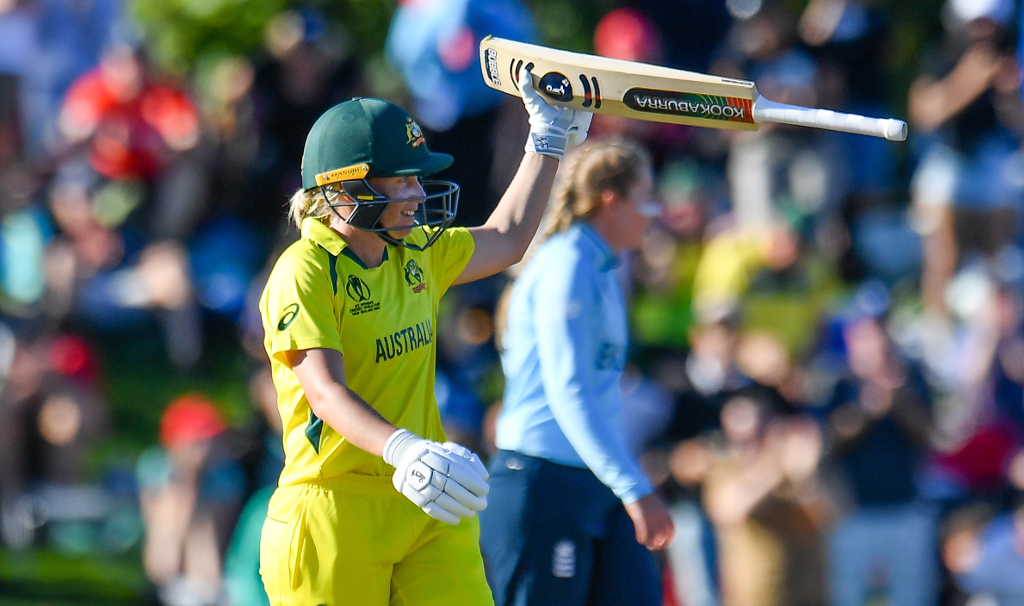 Heather Knight hailed Alyssa Healy’s match-winning innings as “one of the best” she has ever seen live following England’s defeat to Australia in the Women’s World Cup final in Christchurch.

Healy struck a sensational 170 in a 71-run victory over 2017 winners England as Australia reclaimed the title they won in 2013.

Her record-breaking masterclass was the highest ever individual score in an ODI World Cup final – women’s or men’s – overtaking fellow Australia wicketkeeper Adam Gilchrist’s 149 against Sri Lanka in 2007.

Nat Sciver hit an excellent 148 not out in reply but England struggled to chase down Australia’s mammoth total of 356 and were all out for 285.

“Very disappointed, I think, and really proud of Nat and the fact that she gave us a chance of winning, we unfortunately didn’t have anyone with her to really maximise two set batters,” Knight said.

“But I think credit to Australia, the way they played in a final was pretty amazing really, they made it very tricky for us to set fields.

“That innings by Alyssa was outstanding, one of the best I’ve certainly seen live, so disappointed but I think we can take a lot of pride in what we’ve done as a group and fought to be in this position and the way that we’ve fought tonight.”

Knight also hailed Healy’s ability to produce such an innings on the biggest stage.

“I think it’s up there (with the greatest ODI innings in women’s cricket), to do it in a final particularly is – I imagine – very special so it’s one of the best that I’ve seen,” the England captain said.

The England captain defended her decision to put Australia in to bat after winning the toss, despite the outcome.

“It was probably 50-50, the stats at the ground and especially under lights were strongly in favour of chasing and I felt like if we could get a few (early) wickets it would give us the best chance of winning,” Knight said.

“It did do a little bit in the first 10 (overs), we take a couple of wickets and it’s a different story.

“So you can judge the decision in hindsight obviously but I wouldn’t change what I did.”

Healy was named both player of the match and the tournament after scoring successive centuries in the semi-final – 129 against the West Indies – and final.

Her 170 came from 138 deliveries after she survived being dropped on 41 by Danni Wyatt.

“I don’t think I’ve ever dreamt of anything like that before, I can guarantee that, but I’m just really proud to have been able to contribute to this win,” she said.

“To be able to do that was really special. I ran drinks the whole of the 2013 World Cup, we didn’t make the final in 2017, so for me this trophy means a lot and to be able to turn up at the back end and go alright in the last two games means a whole heap.”