Ambrose: Select Joseph on his ability 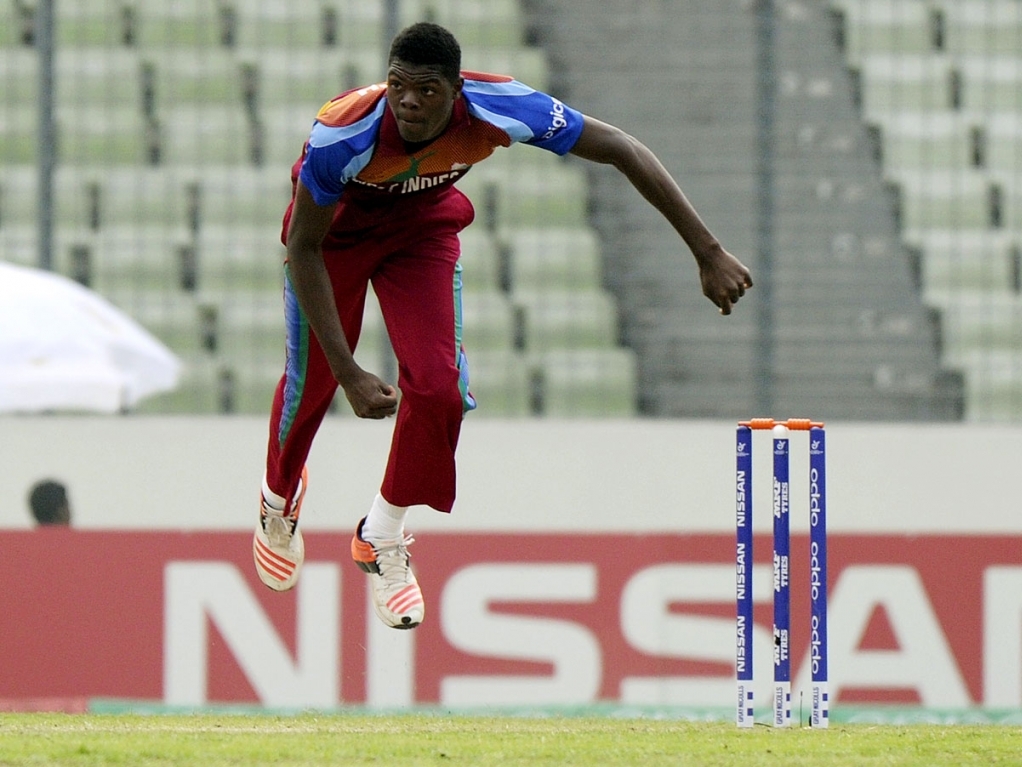 Former West Indies fast bowler Sir Curtly Ambrose says Antiguan pacer Alzarri Joseph should be promoted to the senior setup on the basis of his ability and not his age.

Joseph picked-up 13 wickets to help West Indies win the ICC Under-19 World Cup in Bangladesh earlier this month. The 19-year-old paceman grabbed three for 39 off 10 overs to inspire West Indies to a five wicket win over India in the final.

Ambrose, who took 405 wickets in 98 Tests for the Windies, said: "I believe that age has nothing to do with if you are ready or not.

"Sachin Tendulkar, one of the greatest players ever, made his Test debut when he was 15 or 16-years-old when I figured he should have been in school and look how he turned out."

During the ICC Under-19 World Cup, Joseph delivered the fastest ball in the tournament – at 91.5mph and bowled consistently around the high 80s-90mph.

He removed the stumps in four of his 13 wickets, had three lbw decisions while three of his victims were caught by wicketkeeper Tevin Imlach off tentative edges.

Ambrose continued: "So what you are telling me is that if Alzarri is doing well at age 19 and we think he can get the job done, why wait until he is 22?. By then he may just lose focus or say, 'I am fed up'."

The powerfully built, 6ft 4in Joseph hit helmet and gloves with his pace and bounce in Bangladesh to unsettle batsmen and trigger prospects of a revival in West Indies fast bowling.

He bowled with similar intensity to claim seven for 46 against Windward Islands last November.

Ambrose said: "Alzarri still has a lot to learn, he has pace which is good, but I figure that whenever I go close enough to him to sit and talk about cricket I would let him know that pace is good because you can intimidate people.

"But to be able to consistently put the ball in the right area is the key and the foundation to being a great fast bowler."