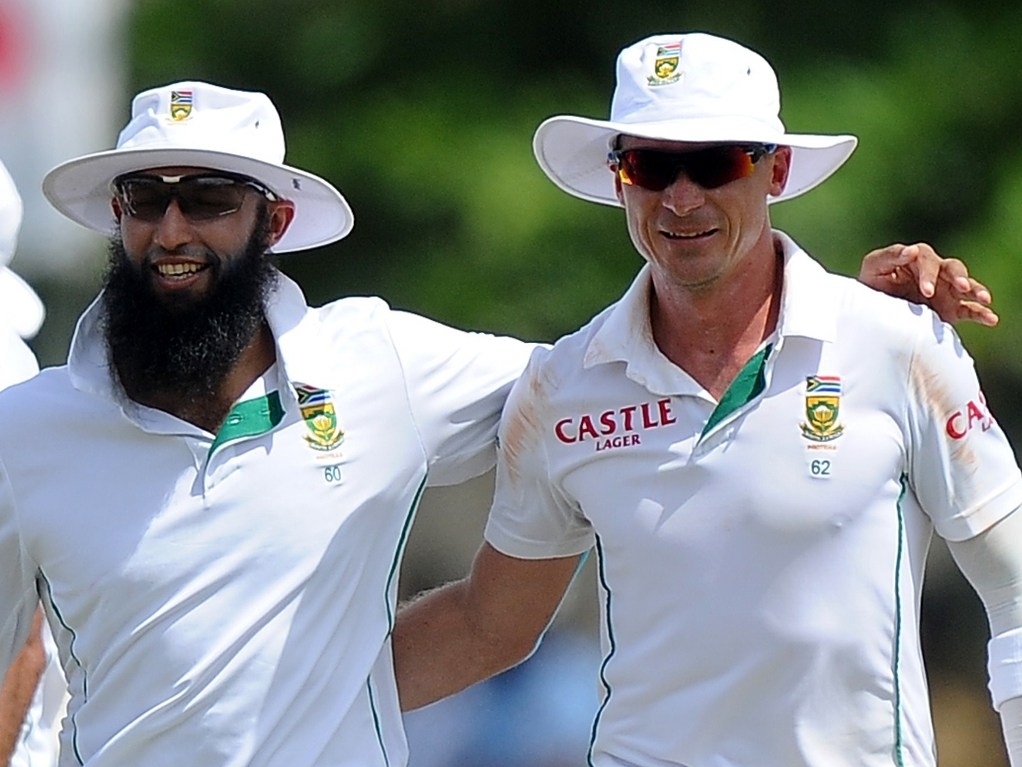 South Africa captain Hashim Amla was as delighted as everyone else on the team with Dale Steyn's efforts on the morning of day four, as his six wickets crushed the West Indies and gave them nearly two extra days of rest.

The Windies started the day two down on 70-odd, and were all out for 131 an hour and a half later. Steyn ripped through the top and middle order, and the Proteas were helped by the fact that Kemar Roach could not bat.

Amla said after the match, before lunch on day four: "We didn't expect to finish this early but Dale got it started. It was a difficult pitch to bat on."

Amla was the Man of the Match for his double century in the first innings, which was the backbone of the win. He and AB de Villiers came together with the score on 57 for three on day one, and put on 308 together.

Vernon Philander took advantage of the swinging conditions in the first innings and the Windies were forced to follow on, before Steyn nipped them out to end the game, and Amla was suitably impressed.

He said: "We would have bowled first too and 57 for 3 wasn't a great position to be in, but me and AB got together. Then Vernon got the match going by picking up early wickets in the first innings, then Dale ended on big note.

"He is a wonderful bowler and showed his class."

Of his stand with De Villiers, the highest for any wicket by the Proteas against the West Indies, Amla conceded that the visiting attack were weakened by Roach's absence, but that he was helped by De Villiers' attacking 150.

Amla continued: "Batting with AB is easy, I try take the one and put him on strike. It was a tough situation though. Kemar Roach got injured and it made a little easier for us."

De Villiers was further in the spotlight when wicketkeeper Quinton de Kock tore a ligament in his ankle while fielding, and De Villiers had to take up the gloves he'd relinquished. De Kock was ruled out for the rest of the series.

Amla said: "You saw the catch AB took today, a stunning catch. Having him in the team really helps. Losing Quinney .. it's never nice to lose someone in the team. We have a few days to recover till the next match."