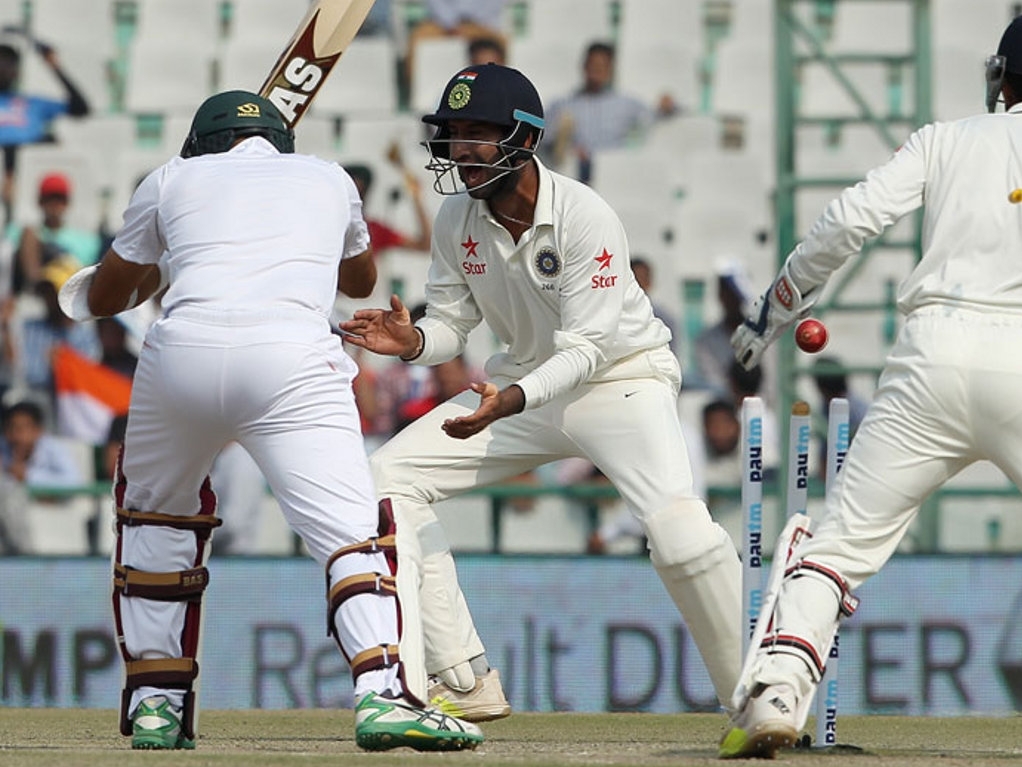 South Africa captain Hashim Amla was disappointed about the soft dismissals in the first Test against India in Mohali, saying the top order batsmen did nothing to reward the bowlers for their hard work.

India defended a small target of 218 and won by 108 runs on day three, having bowled Amla's side out for 109, and all but one of the Proteas' 20 wickets went to spin. Amla felt the batsmen, from both sides, made the deck look more challenging than it was.

Amla, who was bowled when he failed to offer a shot, said after the match: "200 was a chaseable total, probably 150 would have been more realistic, 150-160 would have been a fair challenge on a deteriorating wicket.

"There were some soft dismissals, we were in the game till we lost four or five and put pressure on the lower guys. Stiaan (van Zyl, who top scored with 36) showed you could gets runs if you hung in there.

"To get India for 200 was an excellent effort from our bowlers, we kept ourselves in the game till the last session, credit to India for bowling us out."

India captain Virat Kohli agreed with his counterpart, saying that while the pitch spun from day one, it wasn't uneven or dangerous, and a batsman who showed application could have done well.

Kohli said: "We thought if we are finding it difficult on this wicket, it is going to be difficult for them.

"As Hashim said, there were soft dismissals. I don't think there were any demons in the wicket, the ball did not turn square at any stage.

"Batsmen had to apply themselves, it was a bowler's game. You need mental strength at this level."