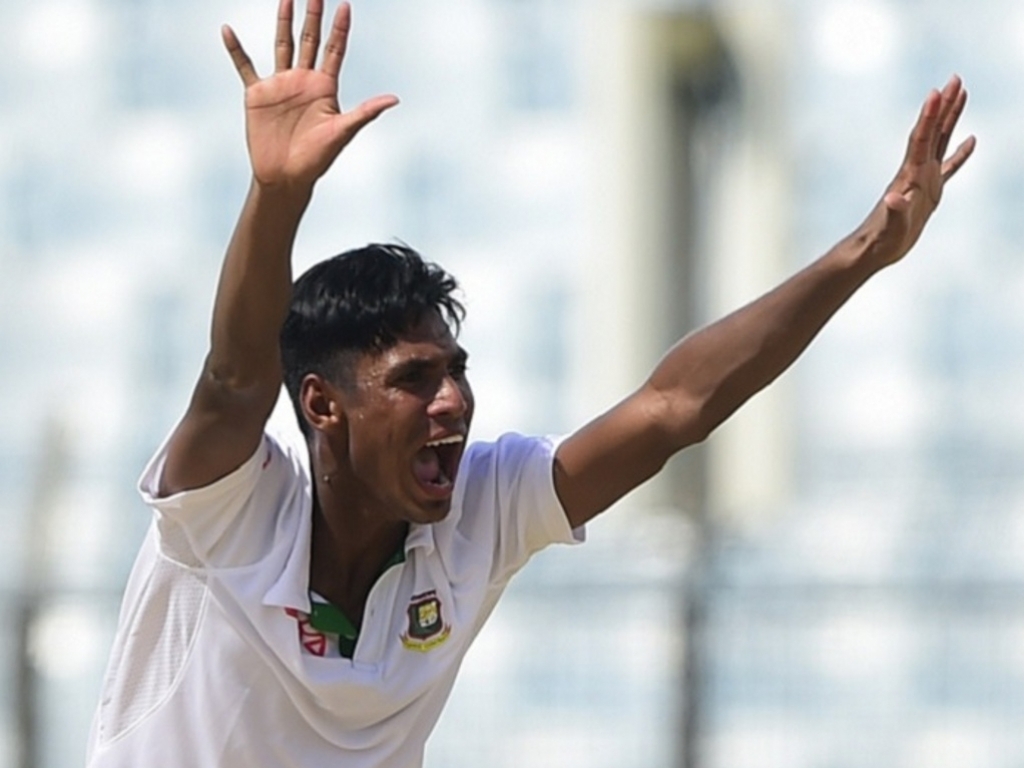 Bangladesh bowling sensation Mustafizur Rahman says he wasn't intimidated by playing against the likes of Hashim Amla and Virat Kohli in recent series, and says the Proteas' skipper's wicket gave him a 'surge' or belief.

Rahman has played just six ODIs but averages under 13 and has taken 18 wickets, including a five-fer on debut. He made his Test debut in the washed out series against the Proteas, taking four wickets in an innings.

Mustafizur told bdnews24.com about being undaunted: "Wherever I've played since I was a kid, I never thought about who the batsman was. I don't care about who is standing in front of me.

The teenager still has all the energy of youth, and says he enjoys bowling and being in the field for long periods, the novelty not having worn  off yet. He was particularly happy with Amla's wicket, his first one in Tests.

He said: "Usually all pacers want to get off (the field) in Tests. But I don't want that. No matter how tough it is, I like it on the field, like I did that day. Hashim Amla’s wicket gave me a surge.

"I always try bowl wicket-to-wicket to new batsmen. That’s what I did. A bowler once said 'the first and last balls of the day should be at the stumps’. I always remember that. That’s how the wickets of Duminy and de Kock came."

Getting picked for the Test side was not something he anticipated though, and though he'd be headed home after the limited-overs series, but was thrilled to be able to chuck his plane ticket away.

He added: "Yeah, I was supposed to leave for home after the one-dayers. The ticket had been booked as well. I told my fellow Satkhira-mate Soumya 'here is the ticket, I'm going home'.

"That ticket had been in my bag; threw it away before leaving the hotel that day."