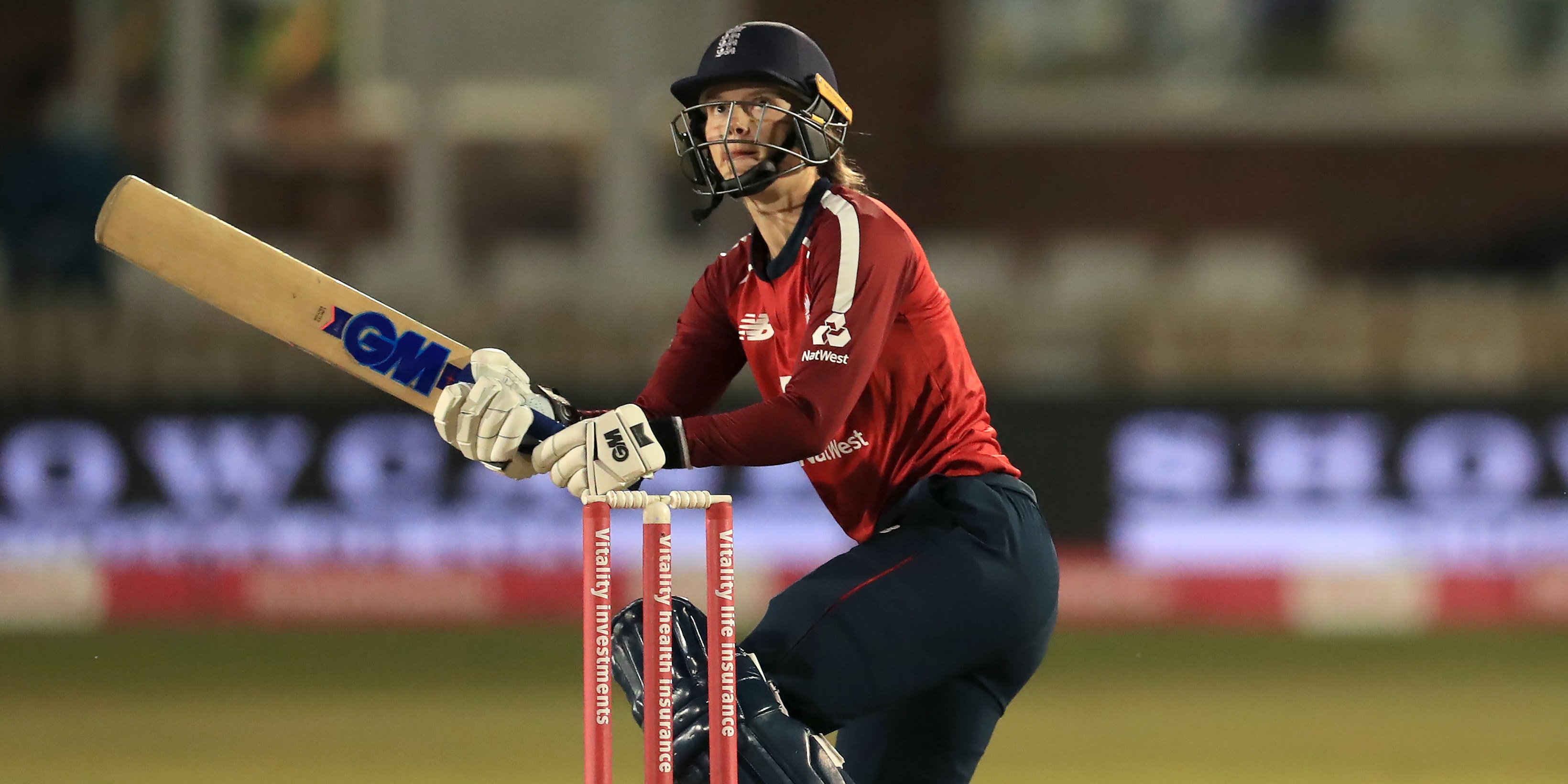 Amy Jones says she is now embracing her new role in the middle order after helping England Women move 4-0 ahead in their Vitality Twenty20 series against the West Indies following a 44-run victory at Derby’s Incora Ground.

Jones’ run of low scores in opening the batting at the T20 World Cup earlier this year meant England shuffled her down the line-up and while she was initially hesitant at the decision, she shone in her new position on Monday.

After being put down on two, she demonstrated her power and finesse with a fine 55 from 37 balls, the cornerstone of England’s 166 for six, a total that seemed improbable when the hosts limped to 54 for three at halfway.

A mid-innings counter-attack led by Jones and Heather Knight (42 from 30 balls) helped England post their highest score of the series and they can seal a clean sweep over their opponents on Wednesday after the Windies fell short in the chase, finishing on 122 for nine.

Remarkably, Jones’ half-century was her first in T20s in England in 18 attempts and she said: “I didn’t know that but it’s a great to reach a little milestone. It felt really good and batting in a different position than I have previously is a new challenge.

“It wasn’t my preference at the start when it was decided initially, I’ve always opened and it’s where I see myself, but since doing it it’s definitely a new challenge and I am enjoying it.

“Wherever you’re batting in T20s, you can only go one way but I guess you have to adapt to the situation at five which makes it a bit interesting.

“We were obviously struggling after 10 overs. But it’s great batting with Heather, she takes pressure off straight away, she was finding the boundary with ease at the start of my innings which was helpful and we just got going from there.”

Jones was reprieved early into her innings after Lee-Ann Kirby put down a relatively straightforward chance when England’s wicketkeeper had slammed a looping full toss from Windies captain Stafanie Taylor to midwicket.

Jones said: “I was annoyed with that shot, that should have gone for four. So I was annoyed that I picked her out. But obviously getting a second chance was very helpful and I cashed in after that.”

Jones has established herself as England’s first-choice wicketkeeper following the international retirement of Sarah Taylor last year and is often heralded as one of the best operators behind the stumps in world cricket.

However, she blotted her copybook by twice putting down steepling, swirling catches under lights.

She added: “It’s been an annoying one because I feel like I’m keeping as well as I ever have, probably better. It’s just those skiers, I’m having a nightmare with them. It’s a real pain, I guess. They’re always tough chances but I need to be taking them.

“I’ve had one chance before this and that was in the West Indies and I dropped that, so my record is not great.

“But the depth perception out of a black sky is very difficult, it always feels like it’s coming right at you and then it seems to be a metre in front of me.

“It’s just about trying to make the ground early, being stable and then reacting from there which is something I’ve not mastered.”