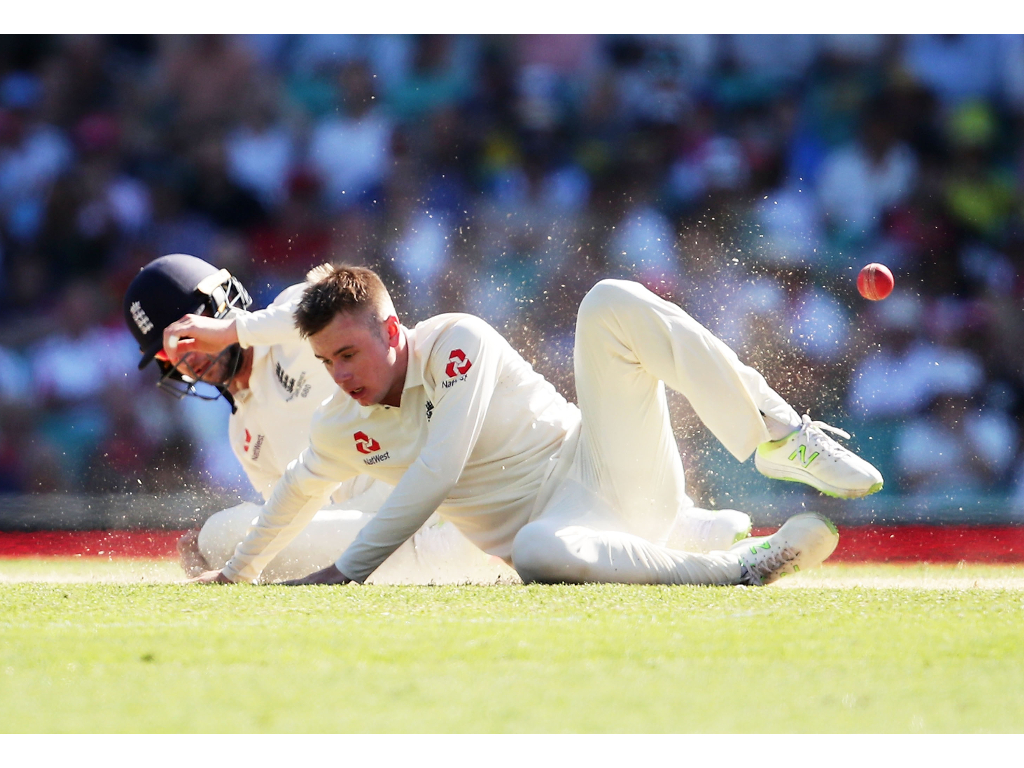 1) STEVE SMITH THROWS HIMSELF INTO ANOTHER WORLD CLASS ACT: The only times Steve Smith has looked human in this series is when he was mega-sledged  at Adelaide  and in the field where he has shelled three. Today, the skipper stopped the rot with a brilliant one handed plunge at second slip to dismiss Dawid Malan. It wasn’t quite on a par with Andrew Strauss’s salmon leap to get rid of Adam Gilchrist in 2005, but it was good enough to be replayed over and over. The fact that the catch was soon followed by two glaring sitters missed by Pat Cummins and Josh Hazlewood was laughable.

A couple of shockers from the Aussies in the field today. Pat Cummins explains… #Ashes pic.twitter.com/r0ZGHxZMmU

2) MOEEN FACES UP TO HIS NEMESIS: Apart from a brainless hoick at Pat Cummins, Moeen Ali played like a proper batsman which made a welcome change from his monster energy cameo at Melbourne. He showed restraint, pulling out of cross bat shots unless they were low risk flicks, and working out a method where his front foot wasn’t planted like a mighty oak which Nathan Lyon could hit at will. Moeen got friskier later after this bout of  self-denial and perished from a brute of a delivery by Cummins.

3)  AUSTRALIA FUMBLE IN FRUSTRATION AS ENGLAND TAIL WAGS: It has been rare for Australia to get tactics  so wrong, but the attack on Stuart Broad and to a lesser extent Tm Curran was baffling. Broad was met with a barrage of short stuff, which is fine if varied with a fast yorker to blow the Stu typhoon out. Mitchell Marsh looked innocuous again and even Cummins was guilty of feeding free hits for the left-hander who followed up his 56 at the MCG with another 30 odd here. The whole morning session had an end of term feel to it.

I make it 17 balls from the seamers to Broad so far, all of which have been short or bouncers. #Ashes

4) USMAN FINALLY SHOWS SOME OOMPH: English fans and Graeme Swann in particular, may remember Usman Khawaja as a walking wicket in the 2013 Ashes series, but the left-hander has an excellent record in his home country. Up to this point, though, he had scored two half-centuries  in four Tests at an average of 27 and was looking somewhat subdued. Today, Khawaja looked assured against a tiring seam attack and played the spinners effectively, using his feet and smashing Moeen for six to bring up 50. He looked good, aesthetically and in attrition.  A (big) century awaits.

I make it 17 balls from the seamers to Broad so far, all of which have been short or bouncers. #Ashes

5) MASON CRANE: MYSTERY SPINNER? On a slow, excellent batting pitch, England could at last point to some bowling variety in the form of 20-year-old debutant leggie Mason Crane.  He started with a long hop that brought back memories of Ian Salisbury, before settling into a steadier line. Khawaja inside-edged twice near short leg and  Crane induced Steve Smith into a prod that almost carried to Joe Root at slip. Ultimately, he remained wicketless but at least there was some fizz to his work.

In amongst all his nonsense, Boycott deciding he really likes Malan and Curran and subsequently sounding like a proud father every time they do something good has been quite sweet.