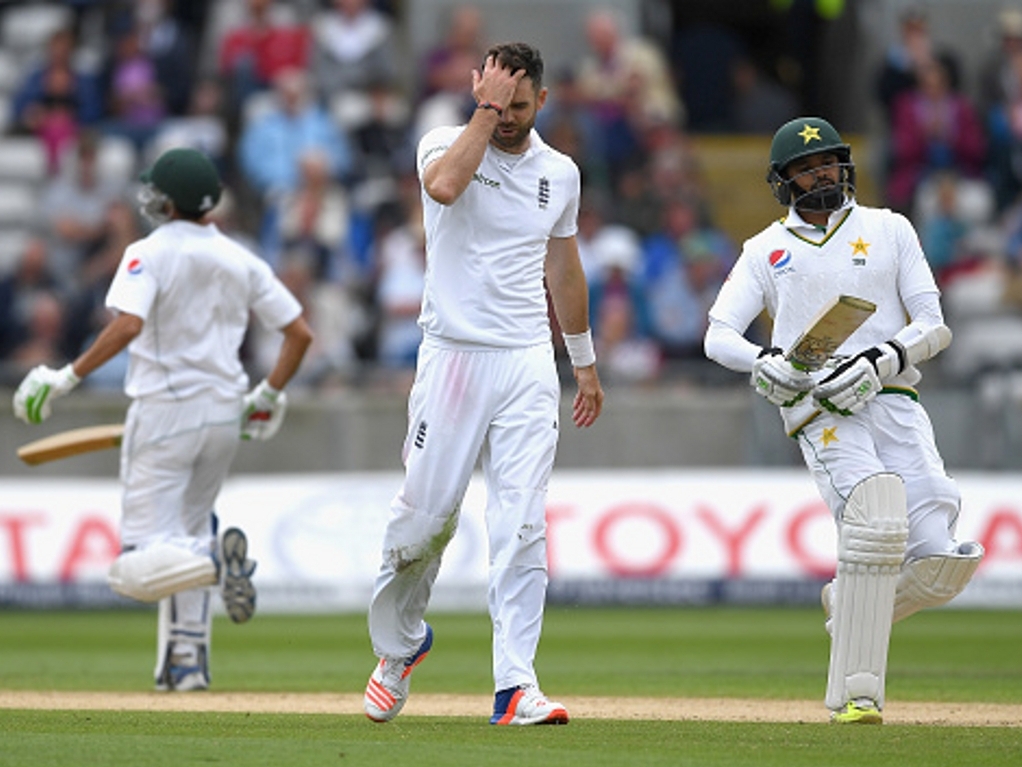 England's record wicket-taker, James Anderson, has issued an apology to umpire Bruce Oxenford, after the quick clashed with the official during day two of the Third Test against Pakistan.

Oxenford had warned Anderson about running on the pitch after delivering the ball, at the prompting of TV umpire Kumar Dharmasena.

Having viewed video of the incident Anderson was contrite: "It was a frustrating day,

"I had a bad half-hour where I let things get to me. I've apologised to both umpires as my behaviour wasn't acceptable. It was a bit petulant.

"I wasn't convinced that I had [run on the pitch], but Bruce had the third or fourth umpire in his ear telling him I was.

"Having seen my reactions on TV, it doesn't look great when I'm pointing at the pitch. I don't necessarily think it was what I said, it was just the way I behaved. I had a bad half-hour, I've apologised and hopefully that will be the end of it."

Anderson has been known to have a bit of fire in his belly, and notably clashed with Ravindra Jadeja during the 2014 Trent Bridge Test.

The quick has credited his temper with giving him a 'competetive edge' though: "That competitive edge has helped me throughout my career,

"I know there are times I can get close to that line. I try to control it, but I don't want to lose that competitive edge. It's a balancing act.

"The pitch has lost some pace. It didn't have the zip it had on the first day. But we did a good job. We created chances and if that catch had stuck, who knows what might have happened. There was some good bowling and some average batting that got us into this situation.

"Today I thought we bowled reasonably well. But we could have bowled slightly better. We had chances and we didn't take them. At this level you get punished if you don't take your chances."

Anderson will have to wait to find out if his apology will be enough to avoid sanction from match referee Richie Richardson.