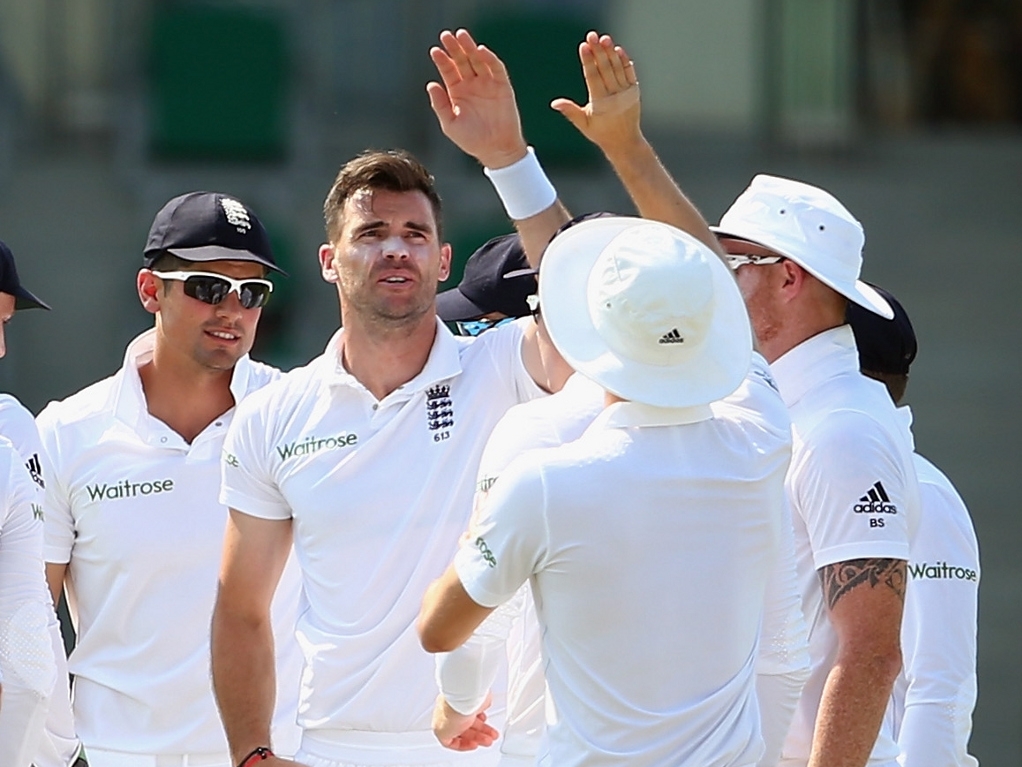 England fast bowler James Anderson is confident of keeping Sri Lanka scoreless in the upcoming Test series, saying that if they play as well as they have over the past year then a whitewash is a certainty.

The sides will play three Tests, starting at Headingley on 19 May, and Anderson hopes England will draw on their Ashes win and victory over the Proteas in South Africa. He is especially confident, given Sri Lanka's recent dire form, as well as the retirement of several senior players.

Anderson told the Daily Mail UK: "If we build on how we played in the winter then there's no doubt we can win 3-0.

"Home conditions against a rebuilding Sri Lanka provides a great opportunity for us but it’s important we concentrate on ourselves.

"If we do get everything right then there's no doubt in my mind we'll win."

The last time Sri Lanka visited England, they won the series 1-0 in dramatic fashion, and Anderson was front and centre. He was the final wicket to fall, just minutes before the close of day five and a draw, having lasted 55 balls without getting off the mark.

He said of that moment that saw him in tears in the middle of the pitch: "It was right up there with my worst moments.

"It had been a long game and to get within two balls of saving it left me crushed at the end. Hopefully we won't be in that situation this time."

The veteran paceman went on to credit coach Trevor Bayliss for the team's success over the past year, praising him for giving skipper Alastair Cook more of  a free rein over the team.

Anderson added: "The last 12 months in particular have been a real breath of fresh air in the way we've been allowed to progress. We've been given the freedom to go out there and enjoy playing.

"I'm not sure whether Trevor Bayliss's arrival was a catalyst for our progress or coincidence but 'Cooky' (captain Alastair Cook) has done a fantastic job and certainly since Trevor's come in he's taken more responsibility.

"Cooky is the figurehead in the dressing room, the one people look up to, and he's in charge. Trevor has given him that responsibility. It's Cooky's team now."